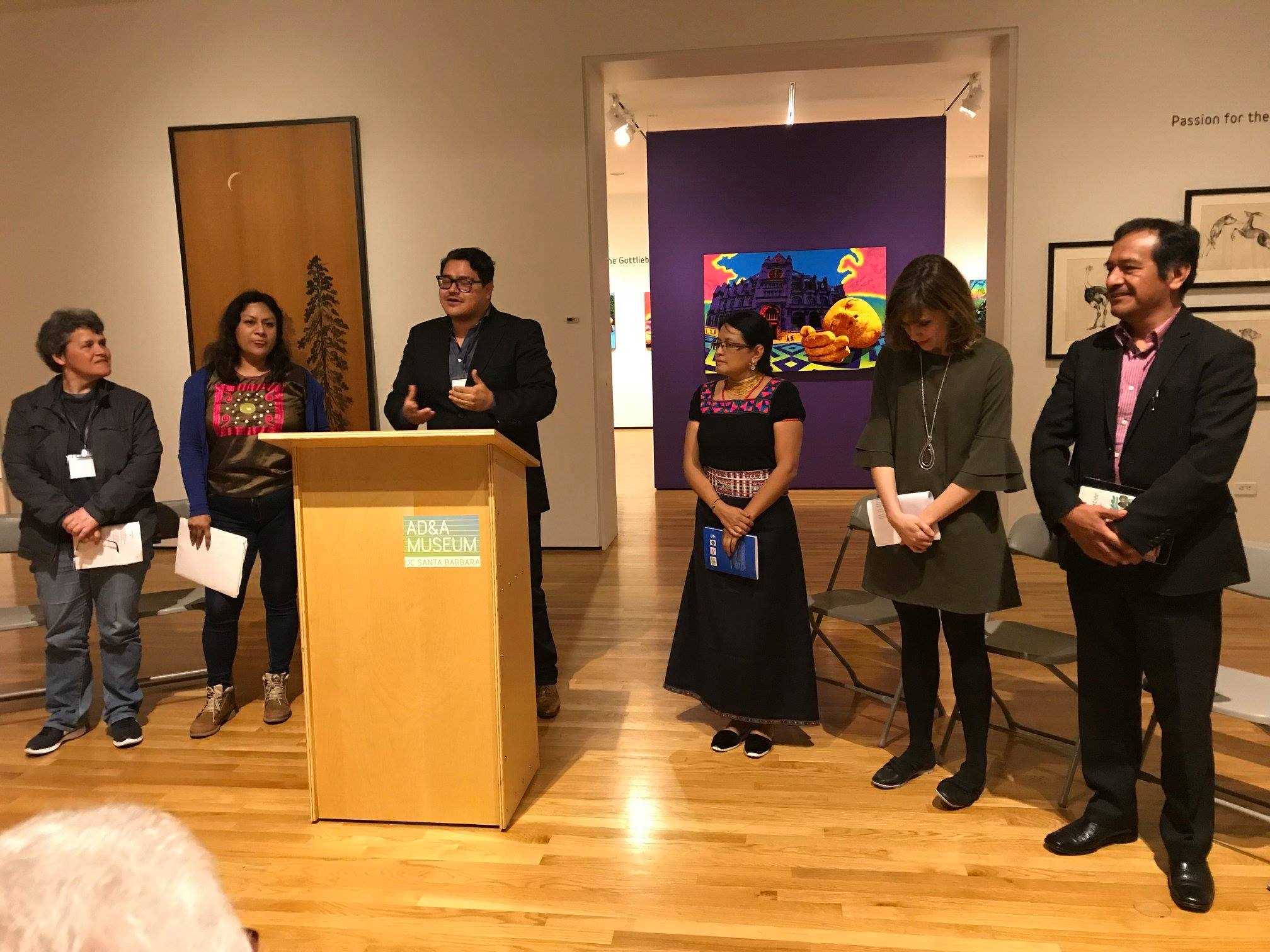 For the first time at UC Santa Barbara, indigenous writers, poets and scholars gathered for “A Verbal Kaleidoscope,” a conference aiming to challenge how indigenous literature and practices are studied in Western academia by presenting modern-day indigenous literary movements.

The conference, which ran through April 4 and 5, started with a singing ceremony by local Chumash tribal members acknowledging and respecting the tribe’s history and life in their land in the nearby area.

A majority of the discussions were held in Spanish and the poetry recital held at the Art, Design and Architecture Museum was translated from the native languages such as Irma Pineda Santiago’s poems in Zapotec.

“We were very surprised by the caliber of the presentations,” Osiris Gómez, Ph.D. candidate in Hispanic Literature and conference organizer said.

Gómez previously said organizers wanted to break traditional conference dynamics by creating a more fluid conversation and feels they were able to accomplish that goal, but believes there is still room to grow when exploring indigenous literature in academia.

“It was an amazing experience to be able to bring together writers and scholars in this level, especially people from all over the country and abroad,” Gómez said.

He appreciated the speakers’ creativity in using their own literary work for their responses, such as when Juan Gregorio Regino started reading from his poetry to answer the questions from the moderator.

“That’s when we really went into the poetic act to explore [the conversation],” Gómez said.

At a later panel during the conference, Regino spoke about “revolutionizing modern literature,” claiming that what indigenous scholars are doing with their work is of the most contemporary literature in the world today.

He continued by saying that creating poetry with native languages indigenous people can get them involved in the world of creating literature.

Another element of poetry that Regino finds useful for indigenous people is “la afirmación de decir ‘aquí estamos, aqui esta nuestras lenguas, aquí están nuestras escrituras y estamos vivos,’” Regino said, meaning “the affirmation in saying ‘we are here, here are our tongues, here is our literature and we are alive.”

Regino said the indigenous literary movement is in a transition and that the conference itself has explored ways to see from the outside how the movement is progressing.

The movement “tiene que transcender el mundo indígena, y solamente así es como cambiamos y vamos a sentir entendidos. Solamente así este movimiento va tener presencia y fuerza,” Regino said, meaning “[the movement] has to transcend outside of the indigenous world and only then will we feel understood and have presence and strength.”

Cherrie Moraga, award-winning author for This Bridge Called My Back and newly-hired English professor, spoke during the first session titled “Beyond Aztlan: New Nahua Perspectives.” Her talk, “Throwing Shade to the West,” presented a Xicana indigena point of view within literature and academia.

In an interview with the Nexus, Moraga pointed out the long history of colonization of indigenous people and how traditional language departments were “generated from a very eurocentric perspective.”

Moraga applauded the Spanish department for hosting a conference on subjects typically only covered in the field of anthropology.

“To think that a Spanish department was actually hosting a conference on indigenous languages is an incredible breakthrough,” Moraga said.

“[The conference] speaks to this evolution of consciousness beginning to happen even among sites that traditionally held indigenous thinking and people in disregard,” Moraga said.

Moraga was particularly impressed with the Chumash women who spoke about recovering their own languages through working with non-indigenous anthropologists who have done research and have access to the languages.

She said she admired them because “having to learn it through them, but then having to make it their own again,” is a challenge. 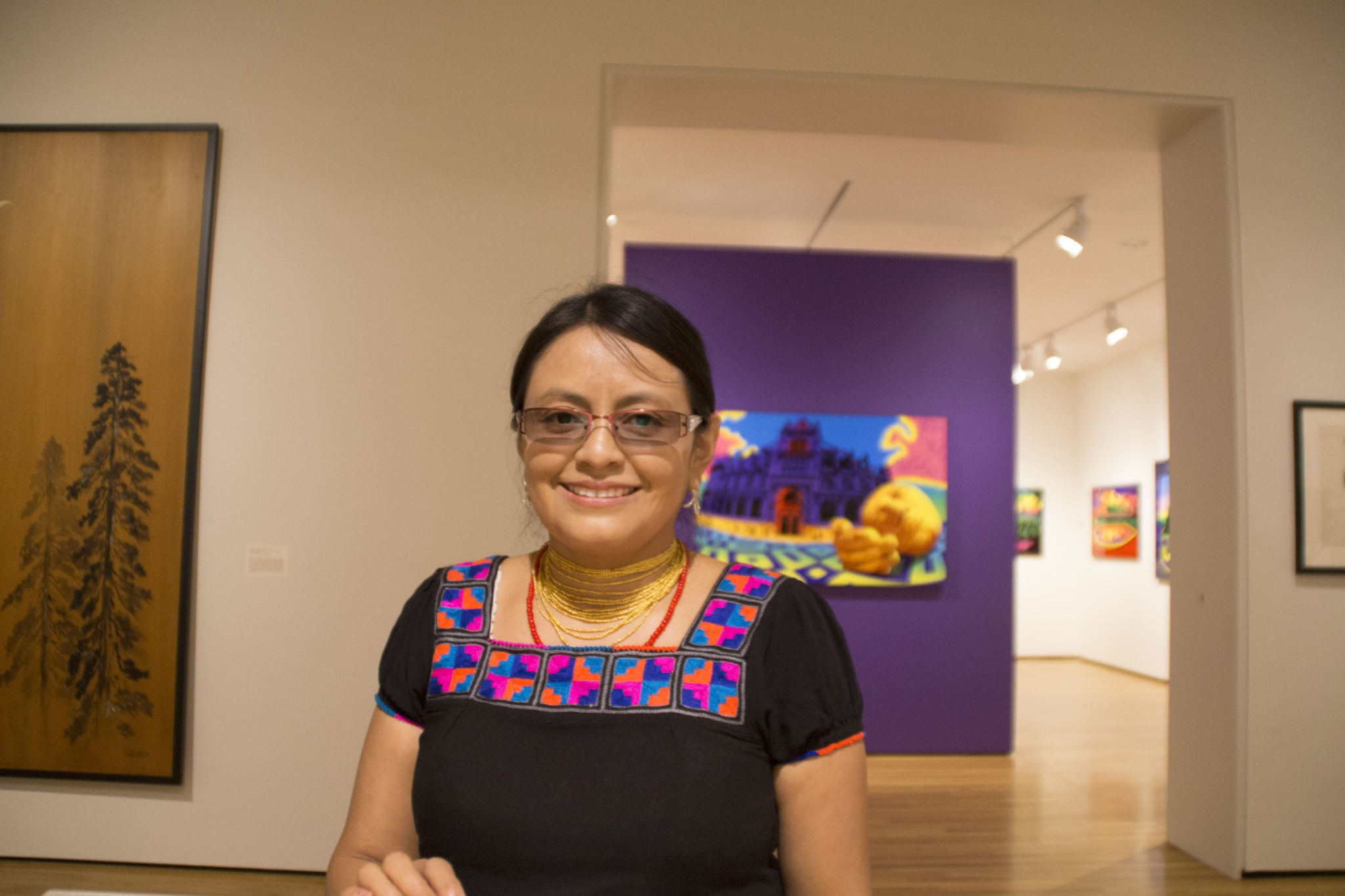 Lucila Lema, graduate from FLACSO the central university of Ecuador with a masters in Social Sciences, recited poetry in Kichwa, her native language. Lianna Nakashima/Daily Nexus

Zapotec poet Irma Pineda Santiago responded by saying that poetry has a broad social function beyond communication and the various genres of the ancestral Zapotec language can particularly allow poetry to go beyond its traditional elements.

“People were speaking from their creative process and to me, that was amazing, you can only get that type of conversation when you interview an author,” Gómez said.

In the future, Gómez said, if a second version of the conference is possible, they will grow from this one and come up with new conference dynamics. “I think this conference was a great step in bringing a different type of conversation,” he said.

Gómez noted that in bringing these poets to the conference, one can assume that they are representatives and can speak for their whole community or nation, but Gómez said they were very humble when presenting themselves.

“They told us ‘this is what I do and this is how I represent my community,’ It was far more nourishing than just having a set of questions and their keynote address,” Gómez said.

“The intent of this conference is to create consciousness and not just about the political aspects of the literature, but I want it to become an invitation for people to actually become acquainted and curious,” Gómez said.