The Daily Nexus
News
Rezoning Will Provide I.V. With More Library Access
April 5, 2018 at 1:22 am by Hannah Jackson

The Santa Barbara County Board of Supervisors voted in favor of establishing a new zone allowing the City of Goleta to have autonomous funding for its libraries, opening a path for Isla Vista to receive more library access and services. 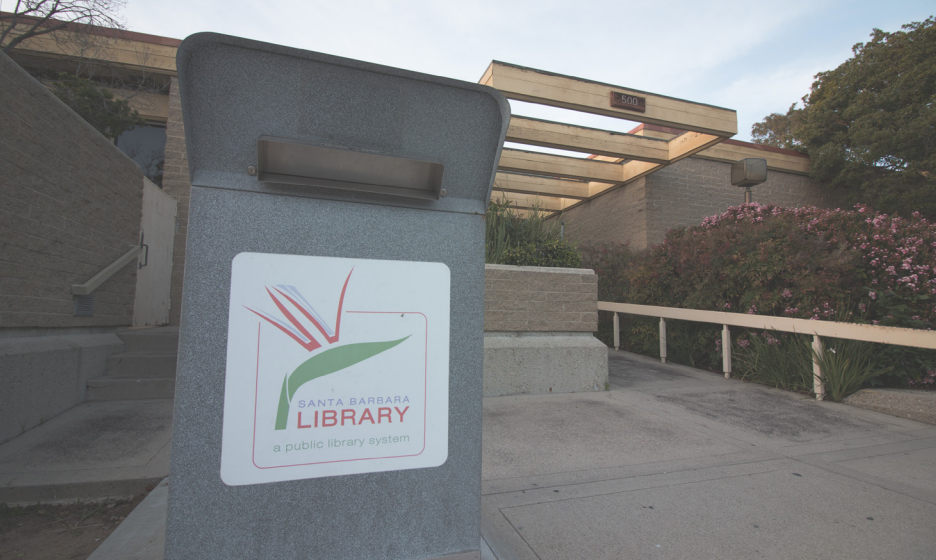 Currently, any resident of Santa Barbara County can obtain a free library card at any branch as part of a “cooperative network,” a resource Gina Fischer said many students are unaware of. Stephen Manga/Daily Nexus

The county currently has three areas, or zones, which the library draws funding from: Santa Barbara, Lompoc and Santa Maria. Taxpayers from each zone provide the funding, which the governments then distribute to libraries in the county. While the amount of funding remains unchanged after the vote, Isla Vista will now provide a larger percentage of the funding.

I.V. government leaders support the rezoning and believe it could be a step toward a “bookmobile” and a small, permanent library in I.V.

The Goleta Library currently belongs to Zone 1, which is run by the City of Santa Barbara and encompasses Eastside Library, Goleta, Montecito, Carpinteria, Buellton and Solvang.

Gina Fischer, district representative for Supervisor Joan Hartmann, said she is hopeful the board’s vote will better help the City of Goleta serve I.V. residents — including students, children and families. Hartmann, who represents I.V. as Third County Supervisor, voted in favor of the rezoning at the Tuesday meeting.

Currently, any resident of Santa Barbara County can obtain a free library card at any branch as part of a “cooperative network,” a resource Fischer said many students are unaware of.

CSD President Ethan Bertrand expressed his support for the rezoning during the board of supervisors’ April 3 meeting. The CSD directors are hopeful that Zone 4’s creation will benefit the residents of Isla Vista, as they will now have a larger stake in the services by paying for more of the funding.

The CSD and the City of Goleta have proposed the creation of a “bookmobile” that would travel from the Camino Real Marketplace through I.V. They also spoke about the eventual installment of a small, permanent library.

Director Spencer Brandt spoke optimistically about these ideas, calling them “a step in the right direction” toward providing I.V. residents the services they deserve considering the funds they would provide.

Brandt added that there is not much leverage over how the county’s money is spent and hopes the rezoning will open doors.

“We need to work towards library services that are based full-time out of Isla Vista and are tailored to our unique community needs,” he said.

CSD director and county appointee Bob Geis also spoke of the lack of library services in the community, as well as the difficulty of accessing the Goleta Library for I.V. residents.

For residents to reach the library, which is fairly inaccessible by public transportation, it would require walking past Fairview, across the freeway overpass, from the nearest bus stop.

Both Brandt and Geis are hopeful that bringing library services closer to I.V. will take place in the future, as it is a stepping stone in ensuring the funds allocated maximize services for residents.

“I’m very supportive of the effort to move towards mobile library services, and think it is the first step towards even bigger and better things, and towards a funding allocation model that makes sure the money generated in Isla Vista is being spent on services in Isla Vista,” Brandt said in an email.

A version of this article appeared on p.5 of the April 5 print edition of the Daily Nexus.