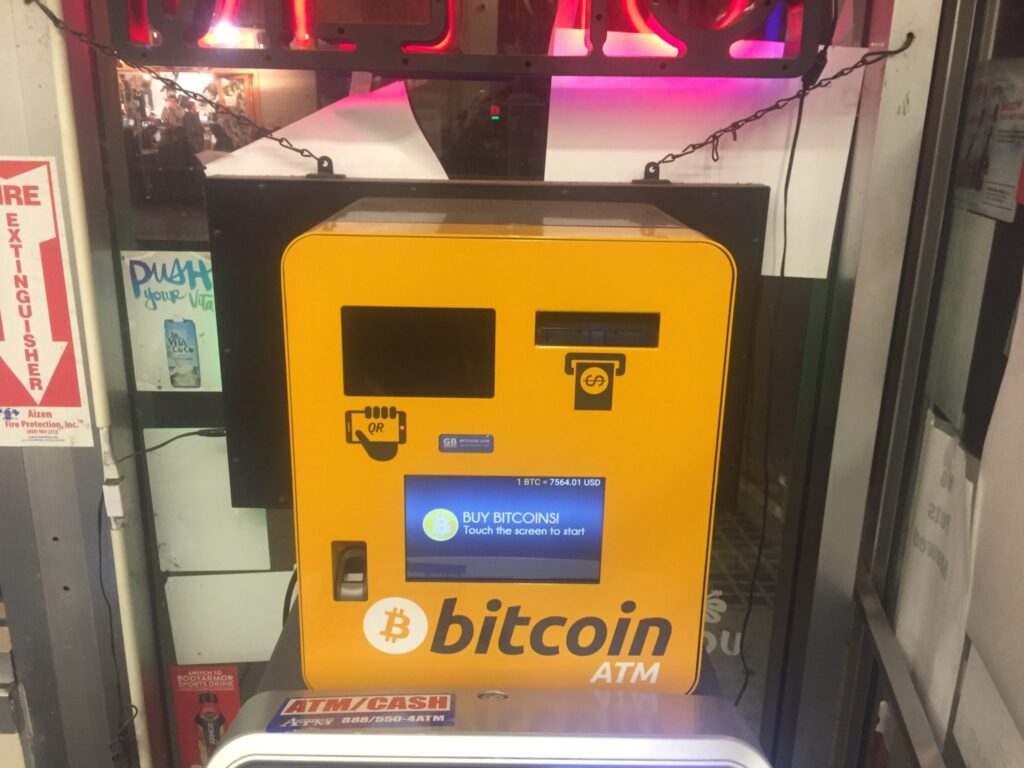 Cryptocurrency enthusiasts can now purchase bitcoin from an ATM that popped up in Isla Vista earlier this month.

The bitcoin ATM has sold an average of about $600 to $900 worth of bitcoin a day since its installation, according to Harrison Blaufuss, the machine’s owner and a third-year economics major at UC Santa Barbara. Currently, the machine is the only bitcoin ATM in Santa Barbara County.

Blaufuss co-founded the bitcoin ATM company Coind LLC with a hometown friend. They funded the startup costs themselves, confident that the ATMs would provide a steady cash flow.

“A lot of people come in and look at it and say, ‘Oh look, bitcoin!’” Hassan said.

But not too many I.V. residents have actually bought in. Blaufuss estimated the machine gets about two to three purchases a day — each worth about $300.

Since its invention in 2009, bitcoin’s popularity has steadily climbed through internet word-of-mouth. Its major selling point is that transactions are encrypted and decentralized, which means it can’t be easily stolen and central banks can’t track the exchanges.

ATMs provide another platform for people to obtain the currency, complementing online exchanges like Coinbase. The ATM in I.V. allows only purchases; withdrawals must be carried out online.

Bitcoin is valued at more than $7,000 per coin as of Saturday, but the amount is strikingly volatile and can sharply rise or decline from day to day. The currency is so speculative that even a single piece of bad news can lead to bitcoin owners dumping and ditching their share of the market.

In just the past four months, the value has plummeted from a record high of nearly $18,000, after news broke that foreign governments are attempting to add regulations to cryptocurrency transactions.

Even Blaufuss has sold all of his bitcoins, though he noted that the value may rebound just as quickly.

“The market right now is just trash,” he said. “Everything is in the gutter. I’ve sold everything.

“But it’s a good time to buy right now, because everything is so cheap,” he added.

Other ATMs have picked up steam after a slow start, said James Forshaw, Blaufuss’ friend and company co-founder.

“College students are a lot more aware of bitcoin and how to use it,” Forshaw said. He and Blaufuss have set up another ATM in Agoura Hills and plan to place one in Oxnard in the near future.

ATM customers don’t have to buy one whole coin every time — since the currency is digital, it can be broken down into fractional amounts that run as many as eight decimal places.

Supporters laud the currency as a future competition to the dollar, given how little encryption and how much oversight currently exists for dollar transactions. But critics have dismissed the currency, calling its popularity a get-rich-quick bubble and comparing it unfavorably with more stable cryptocurrencies like ethereum.

Blaufuss noted in a Facebook post earlier this month that his company would consider adding ethereum to the ATM’s selections.

The enthusiasm behind cryptocurrency is buoyed by a faith that society will one day value encrypted transactions as a serious alternative to trading legal tender. Blaufuss didn’t commit to a philosophical stance, but he does believe the ATM will be successful.

“We want to make it as quick, easy and painless as possible,” Blaufuss said. “And you won’t have to worry about giving your credit card information to companies that can later be hacked. It’s the safest way possible.”

This is the portal to the Dark Web. Rain is in the forecast this weekend? Coachella 2018!!