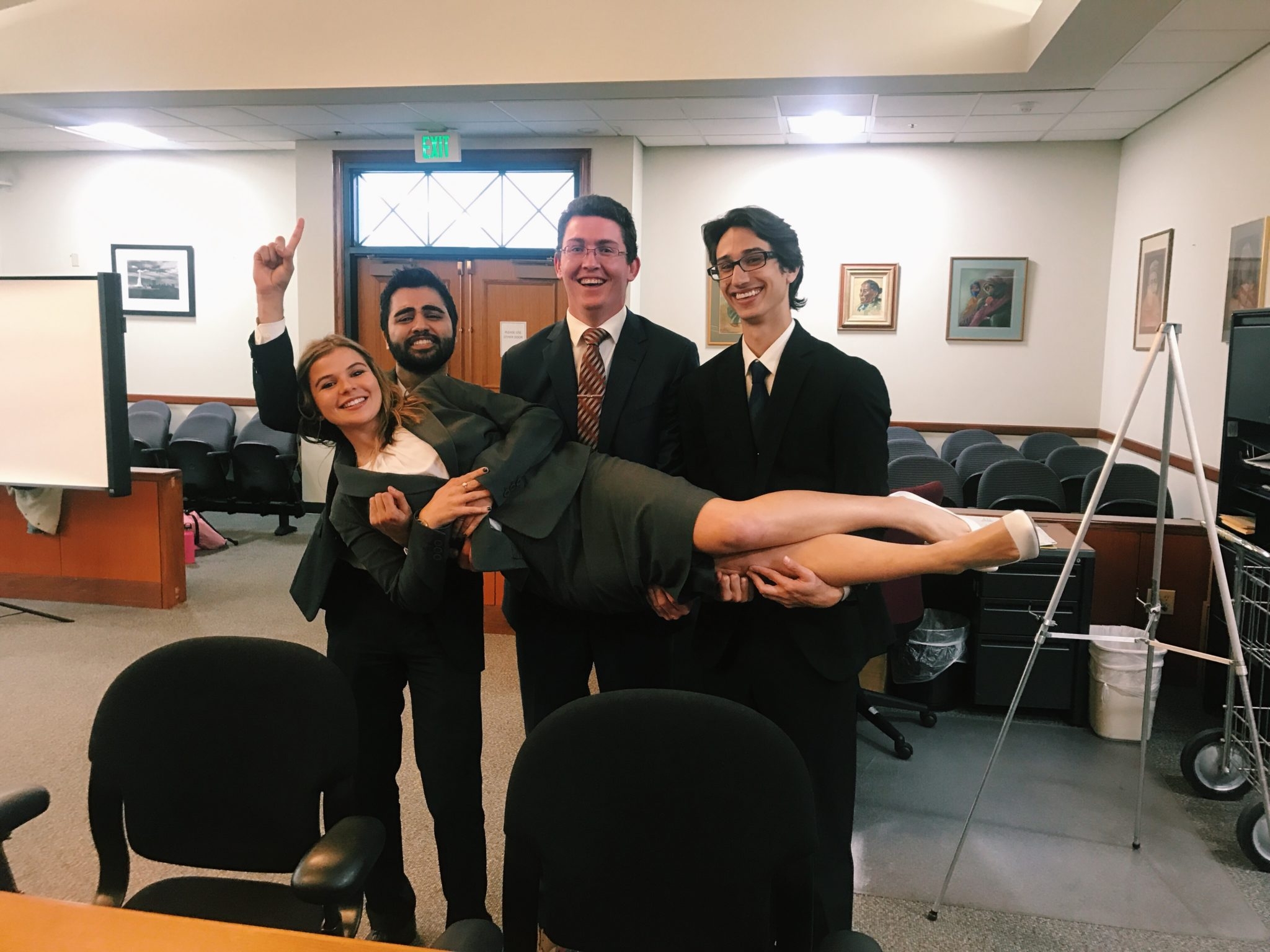 UCSB’s Mock Trial Team will be heading to the Mock Trial National Championships for the first time in the team’s history. Courtesy of Alexandria Suebert

The UC Santa Barbara Mock Trial team has qualified for the American Mock Trial Association National Championships for the first time in the team’s 20-year history.

The team placed second behind Stanford University in the Los Angeles division of the Opening Round Championship Series (O.R.C.S.), which determined their eligibility for Nationals, which will take place from April 20 to 22.

Only 48 of the 714 teams that participated in O.R.C.S. earned bids to attend Nationals, according to Vice President Marlon Steven Poroj.

“This is the biggest accomplishment any team could achieve because of the high caliber of the Southern California area,” UCSB Mock Trial President and A team Captain Alexandria Suebert said in an email.

“We compete against teams who have consistently placed highly at nationals and are highly concentrated within our area therefore to get a spot and be the second ranked team behind Stanford is phenomenal,” she added.

The A team, which consists of Suebert, Co-Captain Blake Berich, Sudeep Dhanoa, Taylar Hender, Justine Jung, Jimmy McFeely, Marlon Steven Poroj, Kane Tenorio and Deborah Williams, is one of 48 teams that will travel to Minneapolis to compete in the National Championship.

UCSB’s B team did not receive a bid for Nationals. However, they have surpassed their previous records, as this is the first year that both teams have qualified for O.R.C.S.

“The fact that we were able to qualify and be put on the same playing field as our A team and qualify alongside schools that don’t take us seriously really means a lot to me, coming in as an underdog,” B Captain and Secretary Zenia Safadi said in an email.

The team is student-run and receives part-time assistance from a UCSB alum who acts as an attorney coach, according to Poroj.

“That fact has been disadvantageous due to the huge time commitments, no attorney coaches, high tournament fees, and travel expenses,” Poroj said in an email.

Though this is the team’s biggest accomplishment to date, they have been steadily increasing their status as a nationally known team. In 2014, the team took first place in the Yale University Invitational, and this past January they hosted Mocktopia, the second-largest tournament on the West Coast.

Suebert praised her teammates for their motivation and persistence, a combination of which gives them “the Umph,” as the Executive Board calls it.

Though they are not sure of what to expect from their first-ever tournament, during which they will compete against teams from Harvard, Yale, Stanford and other Ivy League schools, Poroj believes that this is a defining moment in the team’s transformation as a team in it for fun, but also one that will “kick ass and take names.”

“Since we have never made it to Nationals before, we do not know what to expect, but we do know that only the best of the best will be competing … so we are going to Minneapolis with guns blazing,” Treasurer Janice Espindola said.

The team has started a GoFundMe to help pay for the trip to Nationals.

Correction: A previous version of this article stated that the team did not have a coach. It has been updated to reflect that the team has a part-time attorney coach.