The Daily Nexus
Sports
UCSB Softball Will Look to Figure Things Out at Bulldog Classic
March 9, 2018 at 9:30 am by Annika Pearson 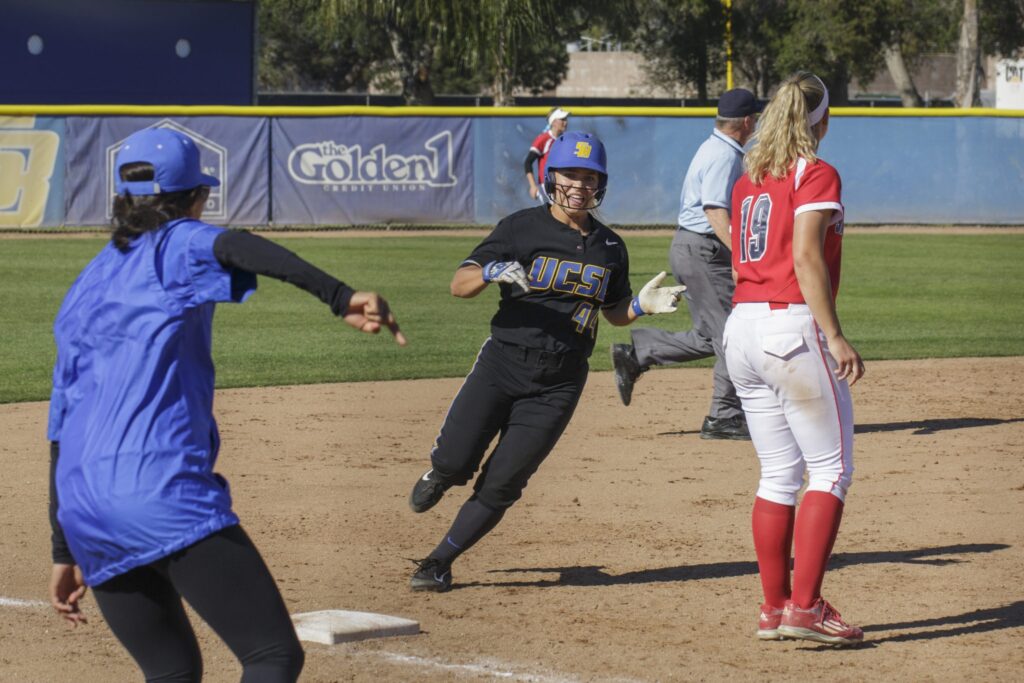 Looking to redeem themselves from their two losses against Florida Gulf Coast earlier in the week, the UCSB softball team prepares to face a range of teams during the packed weekend in Fresno at the Bulldog Classic.

The Gauchos seem to have begun to lose control of their non-conference season, now sporting a low 8-14 record and currently running a three-game losing streak.

It is imperative the Gauchos prepare for their best game as they debut against former competitor UC Berkeley to whom they have lost to twice so far including one game racking up a lofty score of 11-0. The No. 17 Pac-12 powerhouse boasts an impressive 18-3 overall record.

Though UCSB’s second challenger Fresno State holds a more comparable record at 9-10, its game history contains a significantly more competitive lineup of teams including No. 3 Oregon and No. 7 Arizona.

The team previously beat Notre Dame, who just last weekend dominated Santa Barbara in just five innings. The Gauchos will conclude the series against the Bulldogs as well.

Evident in their overall record, the team has had a slow non-conference season with only 14 games as compared to the 22 games played by UCSB. Cleveland State has lost four of its last five games, a statistic UCSB will hopefully be able to capitalize on to secure a win.

Immediately after UCSB will face the 4-4 overall Monmouth University. This will be only the eleventh game for Monmouth who has evenly split their non-conference season so far against a range of small east coast teams.

Perhaps Cal’s all-star pitcher Kamalani Dung poses the greatest threat to Santa Barbara and the tournament as a whole in the upcoming weekend.

Responsible for three attributed wins in Cal’s latest tournament, the junior native of Hawaii pitched her first collegiate perfect game against the University of Texas, El Paso. Dung struck out over half of the batters she saw at the mound.

Berkeley’s roster is stacked with fierce forces at the plate. Their consistently strong offense has so far totaled 174 hits, averaging a .455 slugging percentage. Though new to the collegiate softball scene, Mikayla Coelho holds the team’s highest batting average at .411. The outfielder has started in all 21 of the Bears’ games, accumulating 30 hits in her rookie year.

Fresno State’s Savannah McHellon similarly leads her team in hits and averages with an outstanding 0.720 slugging average. In her 19 starts, the senior pitcher/infielder has hit six home runs, more than any batter in both UCSB’s and its competitors’ lineups.

Neither Cleveland State and Monmouth’s rosters present any unusual standout players. Barely having gotten into the season, the teams have not faced the high-caliber teams that Cal, Fresno, and even UCSB have.

It is in these games that the Gauchos can hopefully begin to restore their record and regain some momentum for the rest of the non-conference slate before Big West play rolls around. In order to do so, however, the ‘Chos must look to their offensive strategies.

In five of the Gauchos’ last games, the team’s hit-count has remained at nine or below. However, as its history shows, when Santa Barbara exceeds ten hits its chances of winning are much greater. In fact, 71 percent of the time that Gauchos hit ten or more times, they win.

UCSB may look to infielder Sierra Altmeyer, whose five-game hitting streak has resulted in four RBI’s. In her latest appearance at the plate against Florida Gulf Coast the junior homered down the left-field line, driving in the only two runs the home team mustered that day.

Only weeks away from their conference debut, the Bulldog Classic is one of the Gauchos’ last shots at rebooting their non-conference record. The classic hosts a variety of competitors that will challenge Santa Barbara’s strengths and weaknesses both offensively and defensively.