Last week KCSB Radio finished off its annual fund drive and raised over $23,000 despite struggling with time, legal constraints and a natural disaster. 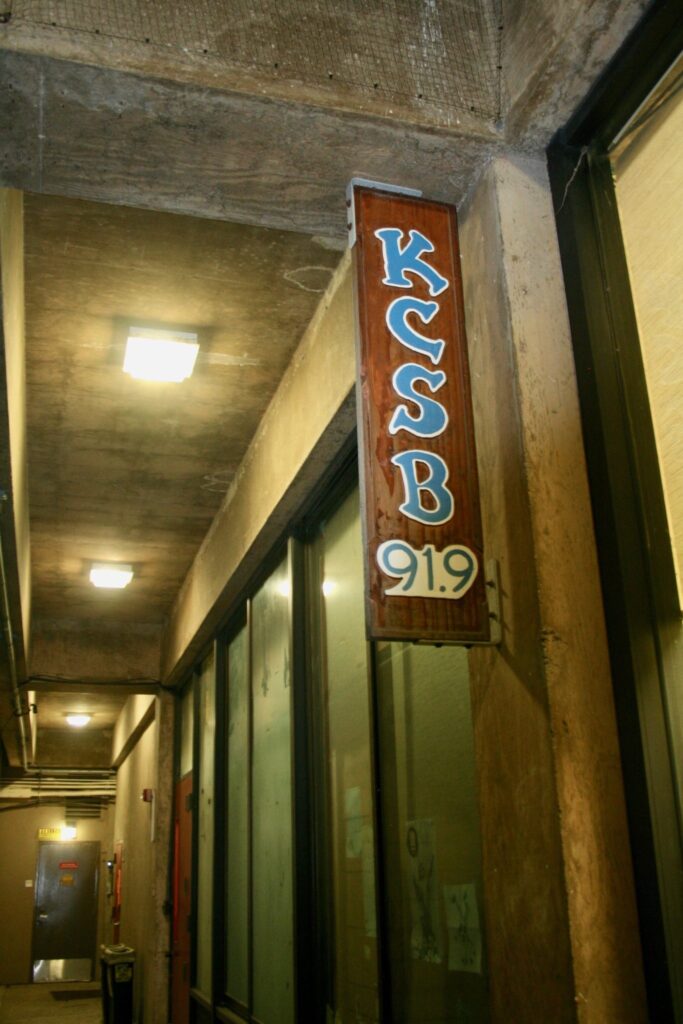 After contributing 10 percent to the Direct Relief organization, the remaining funds will be used to pay for special projects and community events throughout the year that are sponsored by KCSB Radio. Tamari Dzotsenidze/Daily Nexus

“[The fires] really put us out of commission for the whole of December,” he explained.

In previous years, the fund drive’s planning started in November and had about three-and-a-half months for setting up and advertising. This year, that time was cut down by a month.

Besides preparation issues, Bishop said that conflicting fundraising relief aid for the Thomas Fire and Montecito mudslides was another factor in the drop in donations.

Although he hadn’t cross-checked KCSB’s donor list, he guessed that the previous contributors were providing more towards relief efforts.

“Some people weren’t really comfortable donating to us when there’s other causes for direct relief,” he said.

The radio station’s event faced another roadblock with the adoption of a last-minute advertising pitch to contribute 10 percent of every $1,000 dollars collected by KCSB to the Direct Relief organization assisting in aid for areas affected by the fires and Montecito mudslides.

This pledge required KCSB to tiptoe over university warnings and get an official invoice from Direct Relief in order to fulfill that promise.

According to Bishop, “The university didn’t want us to act as agents of [Direct Relief]. We can’t say we’re ‘donating’ 10 percent. We have to say we’re contributing to them, but not on their behalf.”

Despite conflict and delays, the radio station continued the fund drive that consisted of 24-hour radio shows that asked listeners to donate. They also offered listeners “thank you gifts” like vinyl records, concert tickets and others.

After contributing 10 percent of every $1,000 raised to the Direct Relief organization, the remaining funds will be used to pay for special projects and community events throughout the year that are sponsored by KCSB Radio.

Despite the challenges, Bishop is satisfied with everything he and his team put together.

“In the grand scheme of things, 23k is pretty good and I’m really proud of everyone I’m working with, especially given the circumstances,” he said.

While the official fundraiser has ended, online donations will still be collected until March 16, through PayPal and Network for Good.

A version of this article appeared on p. 4 of the March 8 print edition of the Daily Nexus.

Correction: A previous version of the story stated KCSB would donate “10 percent to the Direct Relief organization.” The station will donate 10 percent of every $1,000 raised. The story also stated Bishop referred to KCSB’s 2017 donor list and “contested” that the donors were now putting money toward relief efforts. Bishop said he hadn’t cross-checked the donors between this year and last and he only “guessed” that the donors were contributing money elsewhere.