The Daily Nexus
Music
Tyler, The Creator to Discuss Work at Campbell
March 7, 2018 at 6:12 pm by Jasmine Rodriguez 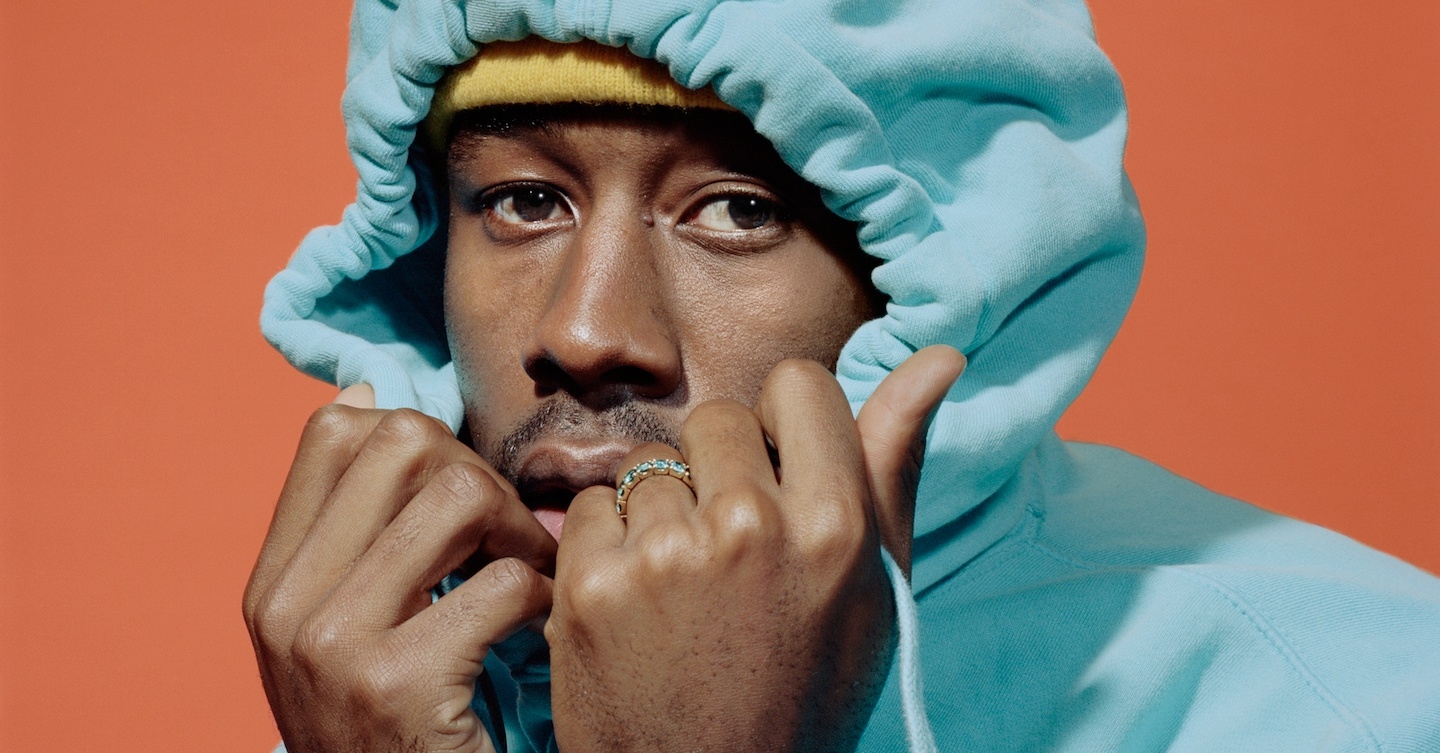 Courtesy of Mark Peckmezian via The Fader

Watching Odd Future founder Tyler, the Creator transition from rapping about cats, Supreme Box logo hoodies and skating alongside Sean Pablo into a flourishing Grammy nominee who raps about sunshine and feeling like glitter is similar to watching the transformation of a butterfly. Tyler will be gracing us with his presence at Campbell Hall this Friday, courtesy of A.S. Program Board.

With the summer release of the critically-acclaimed Flower Boy, Tyler took listeners on an excursion into his jazz-funk world. Flower Boy is the sonic equivalent of riding in a baby blue LaFerrari at the highest speed, blaring BadBadNotGood through the speakers. The album allowed for all of the previous enigmas of Tyler, the Creator we once knew to come together to form an album that smoothly flows from track to track, with jazzy drums exuding through a majority of the album. The excellent production on Flower Boy diverged from the experimental stampeding and chords of its 2015 predecessor, Cherry Bomb. Most fans that knew Tyler from Wolf and Odd Future ran away once they heard the distorted instrumentals combined with blaring bass on Cherry Bomb. Yet the introduction of Flower Boy saw an onslaught of new fans that weren’t so appreciative of Tyler’s earlier works Bastard and Goblin. In the split-screen “FLOWER BOY: a Conversation” moderated by comedian Jerrod Carmichael, Tyler credits the change in his fan demographic due to his inclination for “making pop music.” Carmichael tells Tyler that “Boredom” is Tyler’s equivalent to Michael Jackson’s “Billie Jean.” The track “Boredom” has struck a chord with people that share the same confusing boredom when they are stuck in suburbia. Regarding performing “Boredom” on the Coachella stage this April, Tyler responded with a blunt, nonchalant, “Let me shut up and do a hook, so the white girls at Coachella can sing this shit.”

Tyler stated that he did not want to get personal on Cherry Bomb, but “just wanted to make songs.” Meanwhile, when producing Flower Boy, Tyler wanted to create feel-good anthems he would find people jamming to in the middle of the club — similar to how his primary inspiration, Pharrell Williams, entices listeners with waves of funk throughout his songs. Tyler attributes the songwriting process of Flower Boy to simultaneous feelings of loneliness and joy he expresses throughout the album. The inner workings of these songs humanize him as he admits that despite what he has achieved at 27, he still experiences loneliness, vulnerability and the lingering feeling that he isn’t good enough.

Even when Tyler was making his way into the music world, he was exploring other outlets that did not coincide with his music. He created the Adult Swim cult-classic of “Loiter Squad” that contained memorable skits parodying the Real Housewives of Atlanta, a mock PSA dubbed Lightskin Awareness, and an imitation of “Beyond Scared Straight.” Then he created the first sketches of clothing for his line Golf Wang that featured shirts with cats and upside down crosses on them. A collaboration with Vans came quickly after that, which capitalized on Tyler’s profound love for skating. Fast forward to 2018, and Tyler’s Golf Wang designs got him a 12-page spread in Vogue, and he created a fashion show to illustrate the designs he is comfortable with wearing. Also, this year marks the airing of his VICE show “Nuts + Bolts” that analyzes the step-by-step creations of Tyler’s favorite things, as well as his animated show “The Jellies,” which has highlighted the importance of representation of people of color in cartoons, while still carrying Tyler’s mish-mosh of Eric Andre and Kenan & Kel humor. He has a Grammy-nominated album, a successful collaboration with Converse and by the way, threw the Camp Flog Gnaw Carnival where attendance was near 30,000 fans.

Tyler is the lovechild of the greatest creative minds, as there are parts of him that seem to channel Pharrell, Kanye West, Elon Musk, Kid Cudi and Roy Ayers Ubiquity. Although Tyler seems to be a wild amalgamation of creativity and a hyperactive personality, he is just Tyler. A dude who occasionally enjoys dressing like an Easter egg, listening to jazz, Lil Uzi shoulder-rolling to Playboi Carti’s “Half & Half” and, in his free time, making groundbreaking albums that influence young kids to do the same. If you’d like to witness the creativity of Tyler in person, skate into Campbell Hall while wearing GOLF-brand overalls and matching blue one-star Converse.