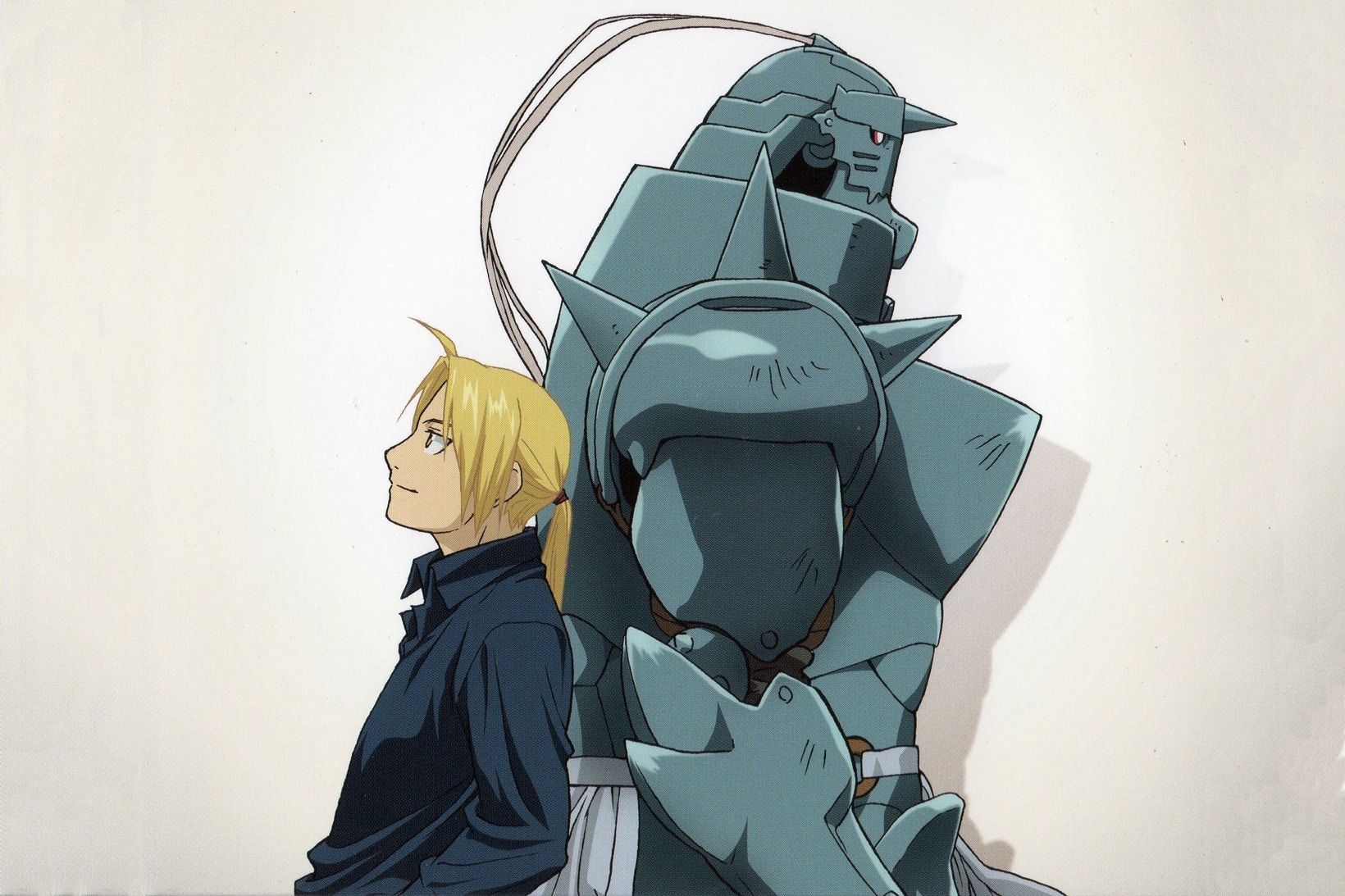 Fullmetal Alchemist is my favorite manga franchise. I never got to actually read it, but the original anime and its manga-faithful follow-up are my respective top-two favorite anime. The series has wonderful characterization, amazing world-building, fun humor and an all-around joyous sense of adventure.

Its live-action adaptation tries and fails miserably to capture that same feeling of wonderment. Alas, most filmic adaptations of manga and anime are doomed to suck, damned to lose their souls as filmmakers fail to grasp what makes them special in the first place. But I was hoping against all hope that this movie would escape that fate.

It at least gets the base essentials right, story-wise. Edward and Alphonse are two child prodigies versed in alchemy: the transmutation of different types of matter that allow them to transform objects. When their mother dies, they try to resurrect her, but transmuting humans is alchemy’s one and only major taboo. In the aftermath of their failure, Ed loses an arm and a leg and is forced to bind his little brother to a hulking suit of armor. They spend the next several years of their lives searching for the Philosopher’s Stone in the hopes of restoring their bodies.

But the movie makes the one precise mistake adaptations are supposed to avoid: It crams so much of the manga’s story into a theatrical run-time that it is ultimately forced to sacrifice its characters. We hardly ever get to see Ed and Al interact, so we don’t feel the bond they share as brothers. The entire supporting cast, who all had expertly fleshed-out personalities and backstories in the source material (barring General Haruko, who gets more importance here than he ever did in the manga) get no such development here. More often than not, character relationships are developed through painful expositions and clumsily inserted flashbacks. The latter also exposes the film’s pacing problems: Flashbacks that could have and should have been just played out in a linear fashion interrupt scenes at the most opportune moments, killing the pacing.

As a result, the movie becomes a confusing mess. If you’ve never even read or watched the source material, I imagine watching this movie would be like watching a WWE match for the first time without knowing any of the wrestlers’ backstories and rivalries. It’d be confusing and surreal, but you might be entertained to an extent, albeit embarrassed to admit it.

There’s also another interesting issue with this movie, something that flips a bad trend on its head. When “Ghost in the Shell” came out, it was accused of whitewashing Motoko Kusanagi into Mira Killian, played by Scarlett Johansson. This movie does the opposite: It casts Japanese actors in the roles of Germanic characters. So you have a J-pop idol playing a character named Edward Elric while wearing a blonde wig. Isn’t it awful? Singers shouldn’t be cast in major dramatic roles!

Seriously though, it’s kinda weird. It doesn’t damage the movie, but still. Weird. Not as weird as the live-action “Attack on Titan” though. That’s a whole other can of worms.

Also, it’s worth noting that anyone hoping to hear the Funimation dub cast reprise their roles for the first time in seven years will be bound for disappointment. The only English option available is audio description for the blind. I suspect the lack of a dub is because Funimation lost the rights to franchise two years ago, but still, it’s a bummer not to hear Vic Mignogna back as Ed or Travis Willingham as Mustang. The fact that the film is available in four total languages (original Japanese, Spanish, French and German) just rubs more salt into the wound.

The film does manage to impress on two fronts, the first being the special effects. Its greatest achievement is Alphonse Elric, whose appearance is completely accurate to his original design and looks amazing, if not completely photo-realistic. The alchemy is always fun to watch, and a certain dog-human hybrid is just as unnerving as it ever was in the anime.

The second factor is the setting. Despite the fact that Amestris was based on ’30s Germany, the Italian interiors, cities and landscapes all add a genuine beauty to the photography, and in certain scenes the film almost feels like a period piece.

But all that doesn’t change the fact that the story is a veritable clusterfuck of the first third of the source material, with a hint of the last third injected for good measure. So many of the story beats from the early portions of the manga are unceremoniously shoved in that, as a huge fan of both TV shows, I had absolutely no idea what the hell was going on.

Thanks goodness then that both anime are both available on Netflix, too. For the love of god, watch those instead. Unless you’re a bored sadist, in which case I imagine there are better uses of your time out there — like watching “Dragonball: Evolution.”

Wehrung is kidding, of course. A true bored sadist would watch “Berserk 2016.”

So I watched this for the first time today, it was in English, and while it sounded so bad in parts, please tell me that was Vic that graced my ears, or am I insane?

Glad I saw this! I didn’t hear about an English dub.

From some quick research on Reddit and after listening to the dub myself, it definitely looks like Vic Mignogna, Aaron Dismuke, and Caitlin Glass came back to reprise their respective roles as Ed, Al and Winry. The rest of the cast have different VAs though, unfortunately. And from the sound of it, Vic may have been using his home studio to record, because his voice is really muffled (same for Envy).

It’s a nice little addition. But the movie still sucks.