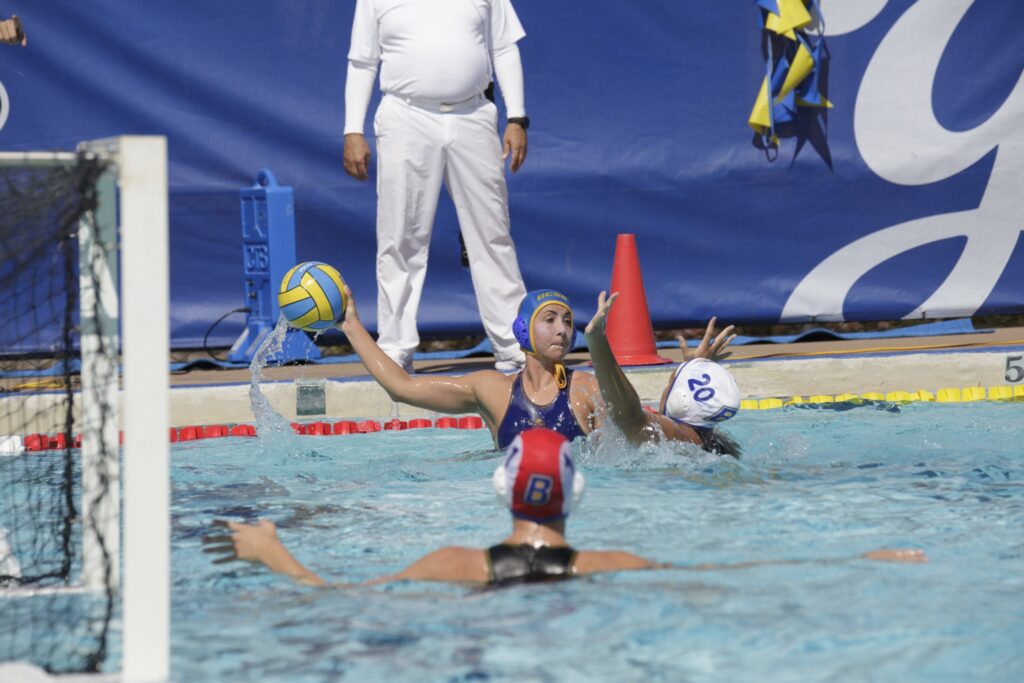 The No. 16 ranked UCSB women’s water polo team, who is currently 12-8 overall, played two matches this weekend at the Claremont Convergence Tournament in Claremont.

Santa Barbara started the tournament against the University of Redlands, a team that has been struggling with a 2-9 record on the year. After winning a thriller earlier in the day against Mckendree with a 6-5 win, the Bulldogs were finally able to snap their six game losing streak.

In the first half, the ‘Chos scored a total of 12 goals while also preserving their clean sheet by not allowing a goal against them. Junior Utility Kate Pipkin had a hat trick in the first half and finished the game with three goals and two assists.

The second half featured more of the same with Santa Barbara scoring seven more goals. Sophomore Attacker Natalie Selin was able to find the back of the net with five minutes left in the game to complete her hat trick.

UCSB won the game by a final score of 19-2 behind an impressive defensive performance. Despite the Bulldogs having 24 shots on goal, they were only able to beat Freshman Goalkeeper Becca Buck twice.

Later that afternoon, Santa Barbara played against the Pomona-Pitzer Sagehens who came into the game with an overall record of 6-4 after dropping a game earlier in the day to Cal Baptist.

The two teams last met at the Winter Invitational in Santa Barbara last year, where the Gauchos dominated and won the game with a final a score of 15-5.

The momentum quickly swung in Santa Barbara’s favor in the second period with the ‘Chos tallying up two more goals while keeping the Sagehens off the board to complete the first half with a 5-2 lead.

The Sagehens started to find their rhythm in the third period as they found the back of the net three times, with two of them coming from their star player Senior Attacker Morgan McCracken. UCSB’s Pipkin was able to convert on a goal in the middle of the Sagehens’ rally off of an assist from Selin.  Although Santa Barbara gave up three goals in the third period, they still had a 6-5 lead heading into the fourth period.

In dramatic fashion, McCracken was able to score the only goal between both teams in the fourth period to send the game into overtime.

Pomona-Pitzer’s’ Junior Utility Nohea Kahaulelio started the first overtime period with a goal at the two minute mark but Santa Barbara’s Junior Utility Sarah Kreiser responded to knot the game up at 7-7 with only one minute left in the second overtime.

This set the stage for the sudden death period where the next team to score would win the match. With two seconds left in the period, Pipkin was able to find the back of the net, handing the Gauchos an 8-7 win.

Santa Barbara will look to continue their two game winning streak next weekend as they head to Long Beach to take on Long Beach State at 12 p.m. on Saturday March 10th.