The Isla Vista Community Services District (CSD) introduced a project to inform the community about sexual assault in Isla Vista, nine months after students initially demanded the project during a May 2017 sit-in. 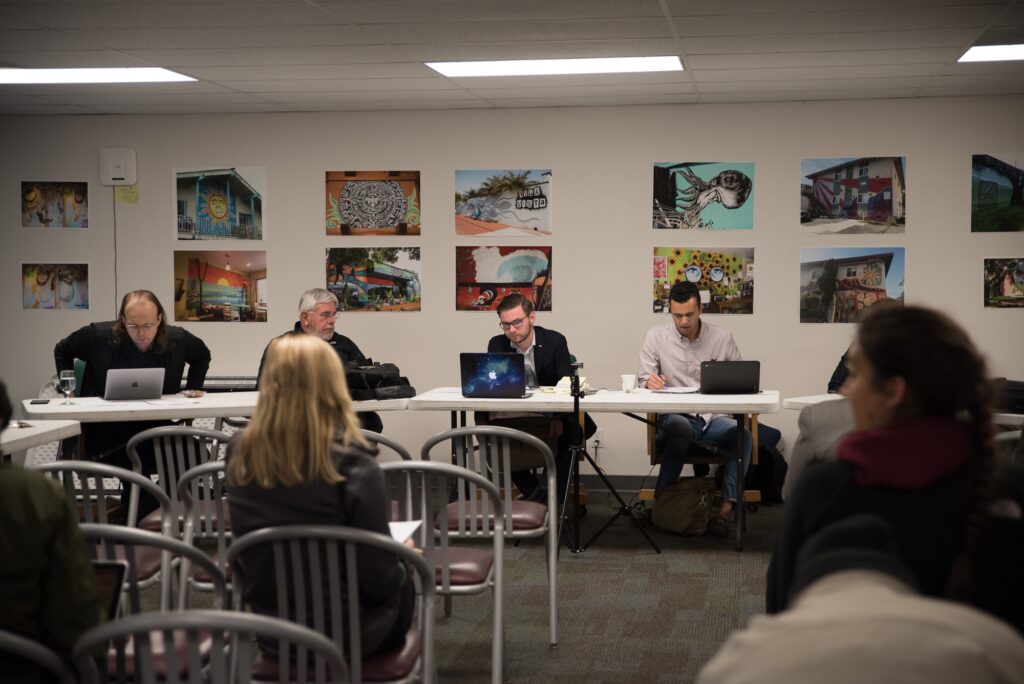 CSD President Ethan Bertrand suggested a three-pronged approach that includes using cumulative sexual assault incident statistics from 2016 and 2017, a list of sexual assault services and service providers and an overview of developing programs and ongoing efforts toward combating sexual assault.

This plan, while deviating from the plan originally suggested by UCSB alumna Ro’Shawndra Earvin during the May 2017 sit-in, still focuses on the “end-all, be-all” goal of the sexual assault report card, but starts instead with a framing of the climate in Isla Vista, CSD Secretary Spencer Brandt said.

“We need to have an agreement on what the numbers are before we can go anywhere with the problem, because the I.V. CSD is not going to solve sexual assault in Isla Vista tomorrow,” Brandt said.

While the report card’s completion does not have a set deadline, Brandt said the biweekly meetings will allow community directors to work on the project.

“It will definitely be made very public once it’s done. I think that we’re still in our preliminary conversations about that, but it looks like it’s one of our staff’s top priorities right now,” Bertrand said.

The next steps in addressing this issue involve expansion of the UCSB Community Service Organization Safety Stations, he said.

“The community trusts [CSOs] more than they trust the police when it comes [to] sharing information, and I think that expanding that would be a good piece of the puzzle that we can play,” Brandt said.