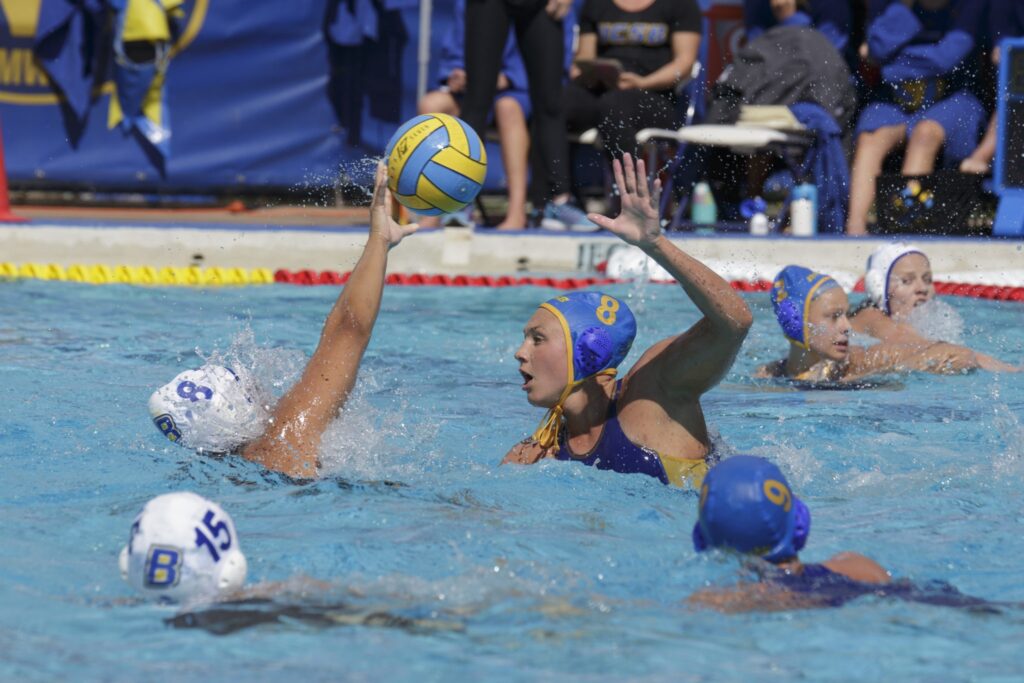 The No. 17 ranked UCSB women’s water polo team, who now stand at 10-8 overall, played a total of four matches throughout the weekend at the Barbara Kalbus Invitational in Irvine.

The tournament consisted of 16 of the top 20 teams in the country, nine of them being in the top 10.

The Gauchos started off with a rematch with the No. 4 UCLA Bruins, who they had played earlier this year in a 10-6 defeat in Santa Barbara. From the start, the Bruins seized control of the game with a 4-0 run to open up the first period.

Despite the large lead, the Gauchos started to find their rhythm in the second period with goals from sophomore attacker Natalie Selin and sophomore utility Kate Coski to cut the deficit to 4-2.

This was the closest the Gauchos came to the Bruins as they went on a 7-0 run to seemingly put the game out of reach making the score 11-2 at the time.

UCLA won the game with a final score of 13-3 with the 13 points being the most goals the Gauchos have given up this season.

Sophomore attacker Maddie Musselman led the way for the Bruins with three goals.

Despite the loss on Friday, the Gauchos still had a chance to make their way into winning bracket if they were able to win both the games they played in on Saturday.

However, UCSB ended up splitting the day with two thrillers against San Diego State and Michigan, both teams they had played and lost too earlier this year as well.

The Gauchos were able to edge out San Diego State with a 5-4 victory.

Sophomore phenom Sarah Snyder scored an early goal but the hero of the game was Selin, who scored two goals in the final period, including the game winner with a little over 1:30 left, to seal the win.

The Aztecs were led by GCC player of the week Emily Bennett, however, the freshman utility only mustered one goal the entire match.

It took a tremendous defensive effort by the Gauchos to hold San Diego State to just four goals as they average ten goals per game on the season.

UCSB played in yet another close game against the Michigan Wolverines later that afternoon. The teams had met previously this year with the Wolverines winning by a score of 10-7.

The Gauchos led 4-3 early in the final period but the Wolverines would go on a 4-0 run to help put the game out of reach.

The final score of the game made the score 7-5, with junior Kate Pipkin scoring a late goal with four seconds left.

Santa Barbara would finish the tournament with a morning game on Sunday where they faced Loyola Marymount University. The two teams had met previously this year in a nail biter where the Lions escaped with a 7-6 victory.

Despite a quick start out of the gates from the Gauchos with two early goals from Selin and freshman attacker Mollie Simmons, LMU went on a 4-0 run between the end of the first period to the end of the third period.

Snyder was able to find the back of the net with a little over three minutes left to make it a one goal game but the team was unable to complete the comeback with such little time remaining.

LMU won the close match 4-3 and was led by Morgan Molloy who scored two goals and eight key saves from goalkeeper Claire Wright.

UCSB will look to get back on track as they play two games against Redlands and Pomona-Pitzer at the Claremont Convergence Tournament on Saturday, March 3rd.