Scientists studying the origins of life investigate the condition and process by which organic molecules, such as proteins, came to occur. One popular hypothesis for the origin of life is the RNA World Hypothesis, describing a prebiotic (“before life”) stage in which RNA-based life forms are believed to have existed before DNA-based organisms. RNA is vital to the production of amino acids, which create chains to form proteins necessary for structure, function and regulation of body tissues.

Recently, researchers at UC Santa Barbara have discovered that the amino acids arginine and, to a lesser degree, lysine may have greater importance than previously thought regarding the origin of life.

Technically, it isn’t the arginine as we know it today, but rather its prebiotic equivalent containing the same properties. “We’re very careful in that we don’t say arginine is biologically plausible; we say that something with the same biophysical properties that arginine has will have been necessary in this prebiotic state,” Celia Blanco, postdoctoral researcher in the Chen lab and lead author of a paper in the journal Current Biology, said.

“Some people have said that arginine hasn’t played a significant role because when deciding what we think would have been prebiotically available or what we think could happen during a prebiotic state, for years, the criteria we use for such experimentation were mainly determined by which amino acids we can synthesize in the laboratory. And arginine and lysine are very difficult to produce or synthesize,” Blanco said.

Another widely used criterion lies in inspecting the composition of meteorites and deep-sea hydrothermal vents, other highly explored sources for the origin of life. Arginine and lysine have not been found in meteorites, leading scientists to hypothesize that these amino acids would have occurred later in the stages of life. 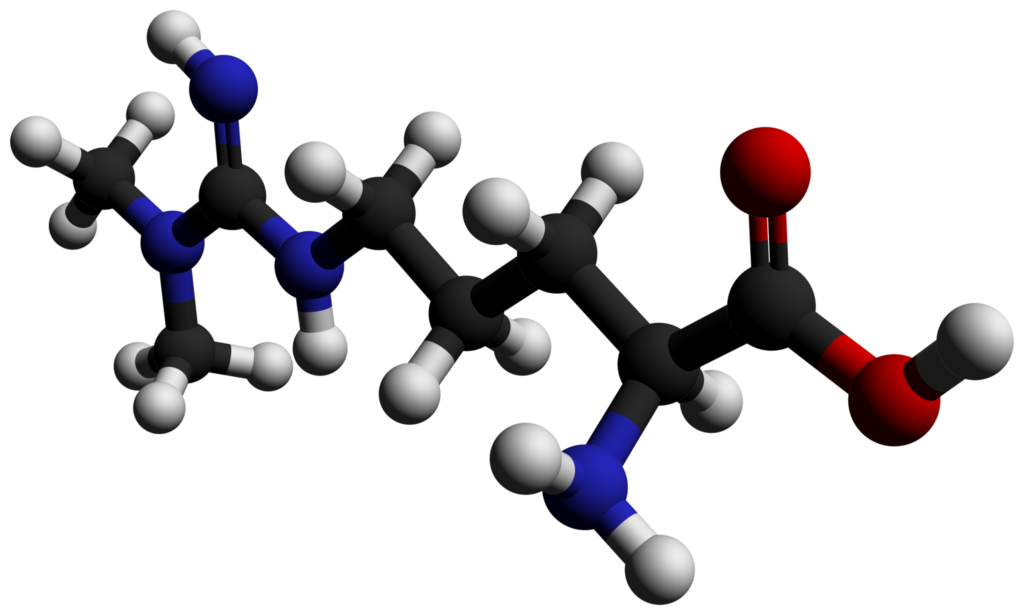 The researchers point out that billions of years ago the biomolecule may not have been arginine but perhaps a primordial equivalent./Courtesy of Wiki Commons

Interestingly, when the UCSB researchers began their examination of possible prebiotic scenarios, they weren’t focused on arginine or other specific amino acids, but rather on their properties.

“Because we know that the role of proteins is to interact with RNA, an important property for proteins in a prebiotic world would be the ability to interact with RNA,” Blanco said. “So we thought that if we could figure out which properties of a protein favor RNA binding, we could fill in which properties primordial proteins will have had in order to start performing those reactions with RNA.”

Although they didn’t have preconceived ideas about the amino acids when they started, Blanco said, because arginine and lysine are positively charged molecules, the researchers did suspect they could be relevant for binding to RNA, which has a negatively charged backbone. “We think that the property that is essential for all this is the charge. We think that because arginine is positively charged, it makes it essential to RNA binding.”

As biological complexes have been subjected to many years of evolution, they perform tasks other than binding protein, which could have led to confounding factors. Using aptamers removed these confounding factors created by evolutionary pressures, allowing the researchers to draw conclusions on what is necessary for binding. “We wanted to use these aptamer complexes because they have been developed in vitro, meaning they’ve been selected to bind to the proteins and not for anything else,” Blanco said.

The scientists then collected these protein-aptamer complexes and analyzed their interphase, leading them to discover the over-representation of positively charged amino acids, with arginine dominantly present.

“The most relevant conclusion we can form from all this is that looking at these properties is changing the idea we have of what could be prebiotically available and prebiotically plausible, and not necessarily just seen in experiments. The fact that we don’t observe something nowadays doesn’t mean it wasn’t there back in the day,” Blanco said.

There appears to be some interesting science here, but failed to read anything that could possibly be relevant to the origin of life. Chemical evolution is a myth, like Darwin’s “warm little ponds” and Oparin-Haldane prebiotic soup. Lysine and Arginine have not been found in homochiral states naturally, so while hypothetically and experimentally they may be considered of some significance to organic systems outside the context of cellular functions, there is nothing here to mitigate the intractable issues of the failure of naturalistic models for the origin of life.