A resolution to support the UC Santa Barbara Lobby Corps’ goal to prevent University of California Tuition hikes was unanimously passed during an Associated Students Senate meeting on Wednesday night. 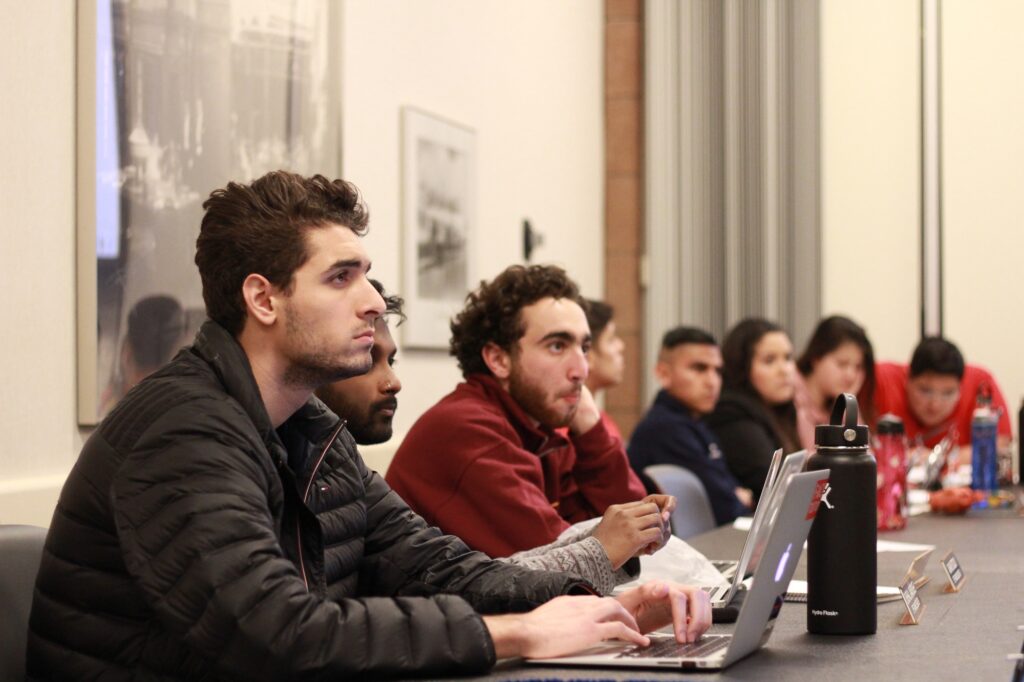 “The purpose of the resolution is to ask the state to take a firm stance to fund the university during this fiscal year,” Spencer Brandt, a Lobby Corps member and one of the resolution’s student sponsors, said. “Over the past 20 years we’ve seen the pattern of disinvestment from the state, and we want to reverse that.”

In January, students across the UC system traveled to the UC regents meeting to protest the proposed tuition hike. Brandt and several other UCSB students were present when the regents voted to postpone the vote until May.

“A lot of regents were convinced that the UC should lobby the state for more funding before raising the tuition, so we’re at a really important opportunity where we could actually get more funding from the state,” Dycaico said. “That could stop the tuition hike.”

According to the resolution, the cost of college has risen “dramatically” over the past 30 years, “outpacing the cost of medical care, real estate, child care and household appliances” and “forcing 55% of UC students to take on thousands of dollars in loans.”

“Tuition is — if not the number one problem — one of the largest problems that students face,” Kopel said.

She added that “college is already too expensive” and said that the resolution will help pressure the UC Regents and Governor Brown to stop the tuition hikes and to create a federal budget that works in the students’ interests.

According to the resolution, the California governor’s 2018-2019 budget proposal does not including “adequate funding” for enrollment growth, psychological counselors, facility maintenance, student resources, health services, research equipment, academic tutoring and other needs.

Also requested are $35 million for “instruction and research facilities maintenance projects” and $71 million to supplement the proposition tuition and fee increase.

Brandt said that proposed funding numbers in the resolution came from a 2018-2019 UC budget request submitted in February.

The request states that funding is needed for “urgent projects” on campus, including fixing classrooms and updating labs. The university is also requesting funds to help deal with larger class sizes, the student to faculty ratio and increased demand on student services.

“The investment will fund improvements to ensure student success and timely graduation,” the request states.

The UC’s backlog exceeds $4 billion and is the third largest among all state agencies, according to the request.

With the passing of the resolution, “We’re going to be doing a lot more in terms of letter writing, postcard writing, making calls. We’re definitely going to include in [the letters] that our campus stands behind these asks,” Brandt said.