The Daily Nexus
News
UCSB Undergrad Adviser Was ‘Authentically Himself’
February 15, 2018 at 12:30 am by Shomik Mukherjee 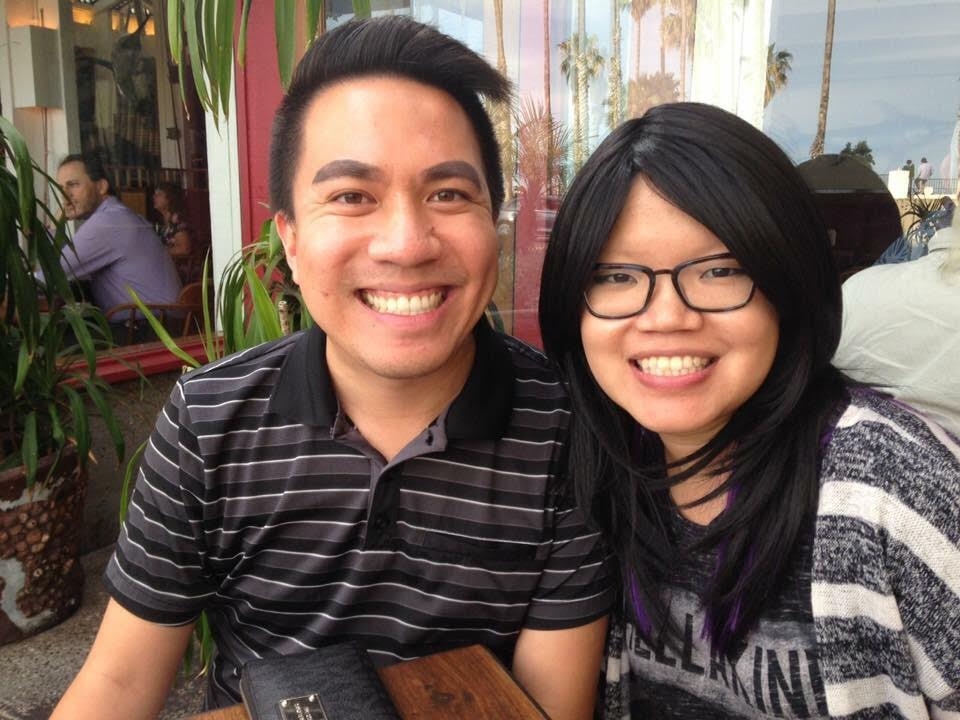 Alan Anh-Phi Vu was born on March 31, 1989, in San Jose to Vietnamese parents. He had two brothers, Nick and Bryant. His extended family, chock-full of cousins, made for exciting childhood trips.

While an undergraduate at UC Irvine, Vu met his partner, Thomas Franke. The two hit it off; Franke was immediately taken with Vu’s affinity for living in the moment. After receiving degrees in sociology and international studies, Vu moved in with Franke, first in Irvine, then New Mexico and finally Santa Barbara.

They shared a home and life together at UCSB, quickly becoming a “college power couple,” Franke said. Vu got a job at the university, first in the Office of Admissions and later as the undergraduate adviser for the history of public policy major.

He was later accepted into the Gevirtz Graduate School of Education. Franke, meanwhile, is a doctoral candidate in the history department.

At home, the two owned a pair of pets: a bunny and a cat. Vu liked to say that raising the animals was practice for one day bringing up children together.

Vu always spoke his mind, Franke said. If he felt something strongly enough, he’d say it — like the time he bit into a Mexican cinnamon roll and blurted out to Franke’s parents that it was too tough to chew on. It turned out he’d sank his teeth into the plastic wrapper, not the actual bun.

Franke said he teased his partner about the gaffe, but Vu was already laughing hard enough at himself.

“He was authentically, unselfconsciously himself,” Franke said.

Those who spoke about Vu had a lot of words in common: “social,” “committed,” and “caring.” Nearly everyone mentioned how much he loved his partner.

“He would pick up and move to another country if Thomas wanted to, and it wasn’t because he felt obligated,” said Traci Lee, Vu’s best friend of over a decade.

When Vu first told her about Franke, she said, he was certain the new romance would change his life. After meeting Franke herself, she was convinced.

Lee and Vu met in their first year at UCI and were inseparable for the next three. From their early months of friendship, Vu was intensely social, she said. Everywhere they turned, he would run into a few friends. Vu was always meeting people and always remembering them — along with everything they told him.

“He could rattle off people’s majors like he’d memorized them,” Lee said with a laugh.

While Vu was befriending half the school, Lee hit a rough patch in her freshman year. In a moment of quiet desperation, Lee called Vu on the phone. Within minutes, she said, he was at her door, ready to keep her company.

Vu loved television, especially reality TV shows like “RuPaul’s Drag Race”. He had a penchant for his social media presence, including the various designs he curated on his Pinterest profile.

Above all, though, he loved people.

“He could fill up a day just catching up with people and be completely satisfied,” Lee said.

Vu also invested in his ethnic roots, serving a term as the co-chair of the UCSB Asian and Pacific-Islander Alliance (APIA).

Sandi Isozaki, who works in Housing & Residential Services, said Vu was an integral part of making her feel legitimized when she’d started at her job. He was supportive and genuine, she said, with a “compassion for the struggles people work with every day.”

Before his acceptance to the Gevirtz School, Vu spent time as a teaching assistant for several education courses. One of his fellow TAs, Matt Supancic, a fourth-year history major, said Vu has influenced him with more than just his lead-by-example professionalism.

Supancic, who is openly gay, said Vu’s openness and comfort with his own sexuality helped Supancic break out of his shell and come out to others. During a class assignment on personal reflection, Vu spoke about coming out to his family.

“Seeing him open up to the students about that in front of me really gave me the confidence to talk about it more,” Supancic said.

Years earlier, Vu had come out to Lee in college. On the cusp of a best friendship, the two had scarcely touched the subject, and Lee said she was afraid to ask.

But one night, when Lee was “off-the-wall drunk,” she got sick on Vu’s bed — in classic college fashion. During their ensuing conversation, Vu opened up about his identity.

“He kept saying he didn’t want to disappoint people,” she said. “And I kept saying, ‘If anyone should be disappointed right now, it should be you, because I threw up on your bed!’ And he laughed about it and said, ‘You’re right. This is just part of who I am.’”

For Lee, who in college referred to her late best friend as her “other half,” Vu was the kind of person she wishes “everyone could have had the chance to meet.”

“He was one of those people who I think I’m just going to spend the rest of my life trying to make proud.”

A version of this article appeared on p.4 of the Feb. 15 print edition of the Daily Nexus.