Jennifer Selvidge and Mariah Tanaka were selected as the UC Santa Barbara campus liaisons for the UC Title IX Student Advisory Board to advise the system-wide office on Title IX policies and procedures. 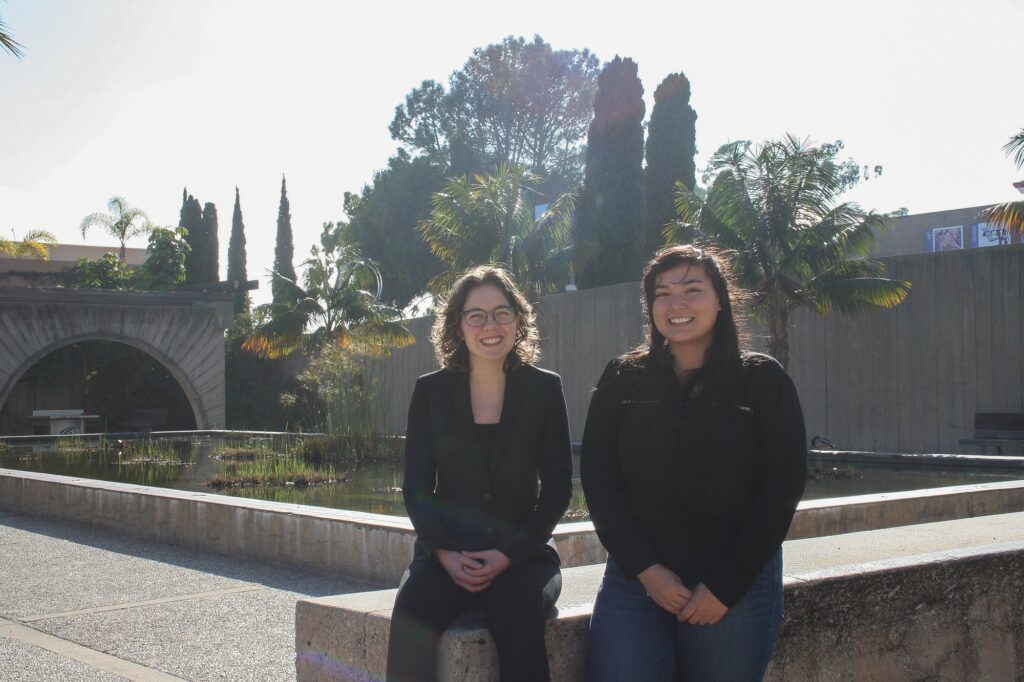 Materials Engineering graduate student Jennifer Selvidge and fourth-year philosophy and sociology double major Mariah Tanaka were selected as the UC Santa Barbara campus liasions for the advisory board. The board will advise the Title IX office on how to implement Title IX policies and procedures. Maura Fox / Daily Nexus

The advisory board met for the first time on Monday in Oakland, and attendees discussed prevention education, communication and outreach on campuses and what these policies look like now on all UC campuses.

Selvidge, a materials engineering graduate student was present at the meeting, but Tanaka, a fourth-year philosophy and sociology double major, was unable to attend.

The board will advise the Title IX office on how to implement Title IX policies and procedures and will have “less input” on legal interpretation of the federal statute, according to Salvaty.

System-wide Title IX Coordinator Kathleen Salvaty told the Nexus that the creation of the board was proposed when she took office in Feb. 2017.

“I know there’s been a lot going on at the UCSB campus, but what I want to make sure is that we have some sort of healthy and open line of communication to the people who actually control the policy, if it’s a system-wide policy issue,” Salvaty said.

A.S. President Hieu Le, who was on the selection committee for the formation of the board, said the board looked for applicants who were actively working on sexual assault and sexual violence issues.

“We were looking for candidates who … had the experience and also had the relationships already built in to be able to interface with these groups on the campus-based level and to be able to relay what our campus concerns are to the system wide efforts,” Le said.

The board was asked to connect with their campus Title IX and Campus Advocacy, Resources & Education (C.A.R.E.) offices prior to the meeting. They were also told to solicit feedback from students on direct Title IX policies.

According to Selvidge, she has been the head graduate student for nowUCSB, which is a sexual violence organization that’s entirely student-run and independent of the university.

Selvidge said she spent a lot of time working on increasing awareness of domestic violence and dating, an issue which especially affects graduate students, many of whom are in long-term relationships.

While at Massachusetts Institute of Technology as an undergraduate student, Selvidge said she was assaulted by a student and also harassed by a professor.

“S.T.E.M. has a lot of sexual harassment and sexual assault that sort of gets swept under the rug, in part because it’s such a heavily male-dominated field,” she added. “I would like to see the expansion of the definitions of sexual assault and sexual harassment and especially dating violence and domestic violence because they’re currently exclusively related to force or threat of force.”

As a queer-identifying individual, Selvidge believes the queer community has higher barriers in relation to assault reporting similar to the undocumented community, who may not feel safe reporting to the police, as “there’s all these nuanced issues with different communities,” she said.

Selvidge is optimistic about the future of the board.

“I definitely think we’ll get something out of it,” she said. “How big, how broad-reaching, how many ‘somethings,’ I don’t know yet.”

Tanaka said that as an undergraduate, she hopes the Student Advisory Board will be a way for other undergraduates who have concerns about how the Title IX Office handles cases feel comfortable approaching the board with their concerns and feel heard.

Tanaka went on to do training with the Santa Barbara Rape Crisis Center and worked as an advocate for their crisis hotline, directly advising survivors.

“We set up a campaign in I.V. to help educate people who worked at alcohol-serving establishments to spread the right kind of ways to intervene in a situation that could be potentially dangerous, as far as sexual violence goes because we figured a lot of the times out here, alcohol is involved,” Tanaka said.

The advisory board will be meeting again in April and will be holding a series of phone calls in between regarding specific policy issues.

“I think in terms of system-wide policy issues, students at UCSB should use their student advisory board representatives as a way to communicate those concerns,” Salvaty said. “If it’s a campus-specific issue, I hope they bring those up, too because I think it might be more helpful to raise issues at a system-wide level and see if we can solve it as a system.”