The Daily Nexus
Water Polo
No. 13 ‘Chos to Participate in Triton Invitational
February 8, 2018 at 5:05 am by Andrew Hernandez 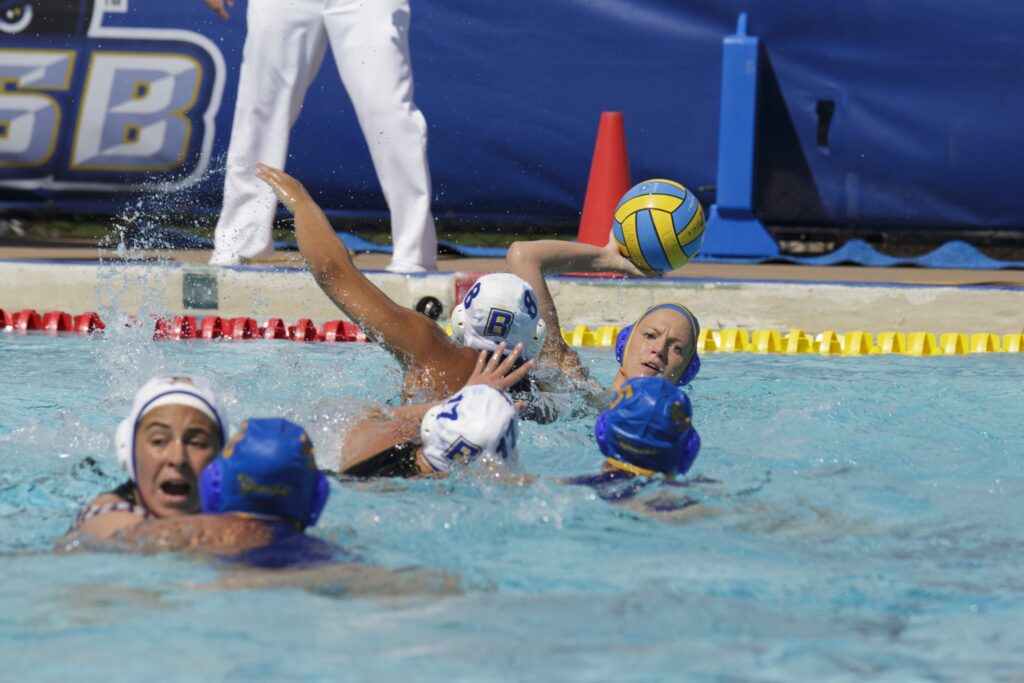 The UCSB women’s water polo team will travel to San Diego to take part in the Triton Invitational for two days beginning on Feb. 10, starting with their first game against No. 18 San Diego State.

The T-No. 13 Gauchos were last in action on Jan. 28 in the Hoosier Invitational, where they were able to beat Harvard University 8-5. The win against the Crimson brought an end to a tournament where UCSB was able to improve their record to 7-3.

UCSB’s two-game winning streak has the team excited entering the Triton Invitational as it gives them much needed momentum headed into an opening match where their opponent has also been successful against top-25 opponents.

The Aztecs have had very little playing experience so far in the season, as the team only has a 2-2 record. The victories that came against ranked opponents, such as Harvard and Brown, are signs of an Aztec team that is more than capable of playing with the top of the division.

The most recent game for San Diego was an impressive comeback against Brown University, where the team was able to even the score with less than three minutes left in the final quarter.

Junior Hannah Carrillo was able to put the ball into the back of the net in the second minute of the first frame to score the game-winning goal, giving the Aztecs the victory.

San Diego State also demonstrated their defensive efficiency in their game against Brown, holding the Bears to four goals. Like the Aztecs, the Gauchos have also had their share of defensive success, already posting two shutouts on the season.

UCSB has been able to keep every opponent from scoring above 10 points in a match so far this season, making consistent defensive stops a priority in their game plan. This has simultaneously benefitted their offense by always keeping the game in reach and the ball typically in the hands of the threatening Gaucho offense.

The matchup in the defensive category should be pretty even in this match, despite the Aztecs looking at a more daunting challenge in trying to handle a Gaucho team that has scored 20+ points twice and 10+ points seven times this year.

Backing this capability of explosion for UCSB are the usual suspects of Kate Pipkin, Sarah Kreiser and Sarah Snyder have all shown up in matches ready to make an impact on offense through facilitating ball movement and scoring. This dangerous trio on the attacking side will certainly be a focal point of the Aztecs’ defensive focus.

While the three will certainly attract the most attention on the offensive end, the Gauchos have consistently shown a tendency for the entire team to take part in an offensive surge during a game.

These surges and runs during the game can quickly put UCSB ahead, leaving behind a confused and tired defense which is unable to stop the scoring.

This is exactly what San Diego State should look to prevent from happening this Saturday, as a good performance would certainly legitimize a team which has only made an average impact so far.

The second scheduled Gaucho game of the Triton Invitational will be played against an opponent yet to be announced on Sunday, Feb. 11.