Six actors were honored for their breakthrough performances in film at the Santa Barbara International Film Festival (SBIFF) Virtuosos Award ceremony this past Saturday. After some attendees worked for hours to secure their spots outside The Arlington Theatre, the crowd’s anticipation was brought to an absolute high when they greeted the actors stepping out of their blacked-out Escalades. The camaraderie displayed amongst the group of stars was shown through moments such as John Boyega’s imitation of Pinocchio from “Shrek” to Kumail Nanjiani’s timely, comedic jabs at the other actors.

The night began with SBIFF Director Roger Durling announcing that recipient Gal Gadot (“Wonder Woman”) would not be in attendance due to a case of the flu. This did not seem to temper the audience’s excitement, as their eager faces waited to hear the rest of the lineup speak about working on their Oscar-nominated films. Dave Karger moderated the event for the eighth consecutive year and briefly spoke about the natural calamity faced by the Santa Barbara and Montecito communities. “I know that it has not been an easy few months and I just hope that we can provide you all with a couple hours of joy and entertainment,” he said.

After Karger announced that Mary J. Blige was “the first person to ever be nominated for acting and songwriting for the same movie in the same year,” the artist received a standing ovation from the audience. Blige described the utter shock of finding out she was nominated for two Oscars, one for Best Supporting Actress for her performance as Florence in the Netflix film “Mudbound” and the other for her Best Original Song for her song “Mighty River.”

Blige cited her New York upbringing and Southern roots in helping her role as the Mississippi-raised Florence flourish on screen. Blige’s portrayal of the matriarch is one that challenges prejudice and acts as a mission statement for the future. Blige said playing Florence served as a healing process. “It gave me a place to give all the heaviness that I felt trapped in, and let Florence have every single pain and every confusion,” she said.  Blige confidently confirmed that she will be singing “Mighty River” on the Oscars telecast, comparing this reality to a dream that she expects someone to pinch her out of.

John Boyega’s role as Melvin Dismukes in “Detroit” created a platform from which to speak against the police brutality experienced by black men in the 1967 Detroit riots. Much like fellow Virtuosos award recipient Daniel Kaluuya’s performance in “Get Out,” Boyega and Kaluuya’s characters were portraits of racial tragedies and injustice. Boyega exuded the confidence of a seasoned actor as he charismatically waltzed onto the stage and gushed about being in Santa Barbara for the first time. Karger asked Boyega about the intricate performance he gave during an interrogation scene in “Detroit” where his character’s hands are trembling with insecurity and nervousness. Boyega recalled how meeting Melvin Dismukes affected his honest portrayal of a man who experienced a pivotal time in history: “A big thing was trying to get to know him separate from his circumstance in the movie. I noticed that he was an introvert, which gave me a clue on how to navigate a performance like that.” Despite being a British actor playing an American man, Boyega did not choose to adopt a method style of acting. He stated that whenever he had a break from shooting, “dropping the accent meant dropping the intensity of the role.” 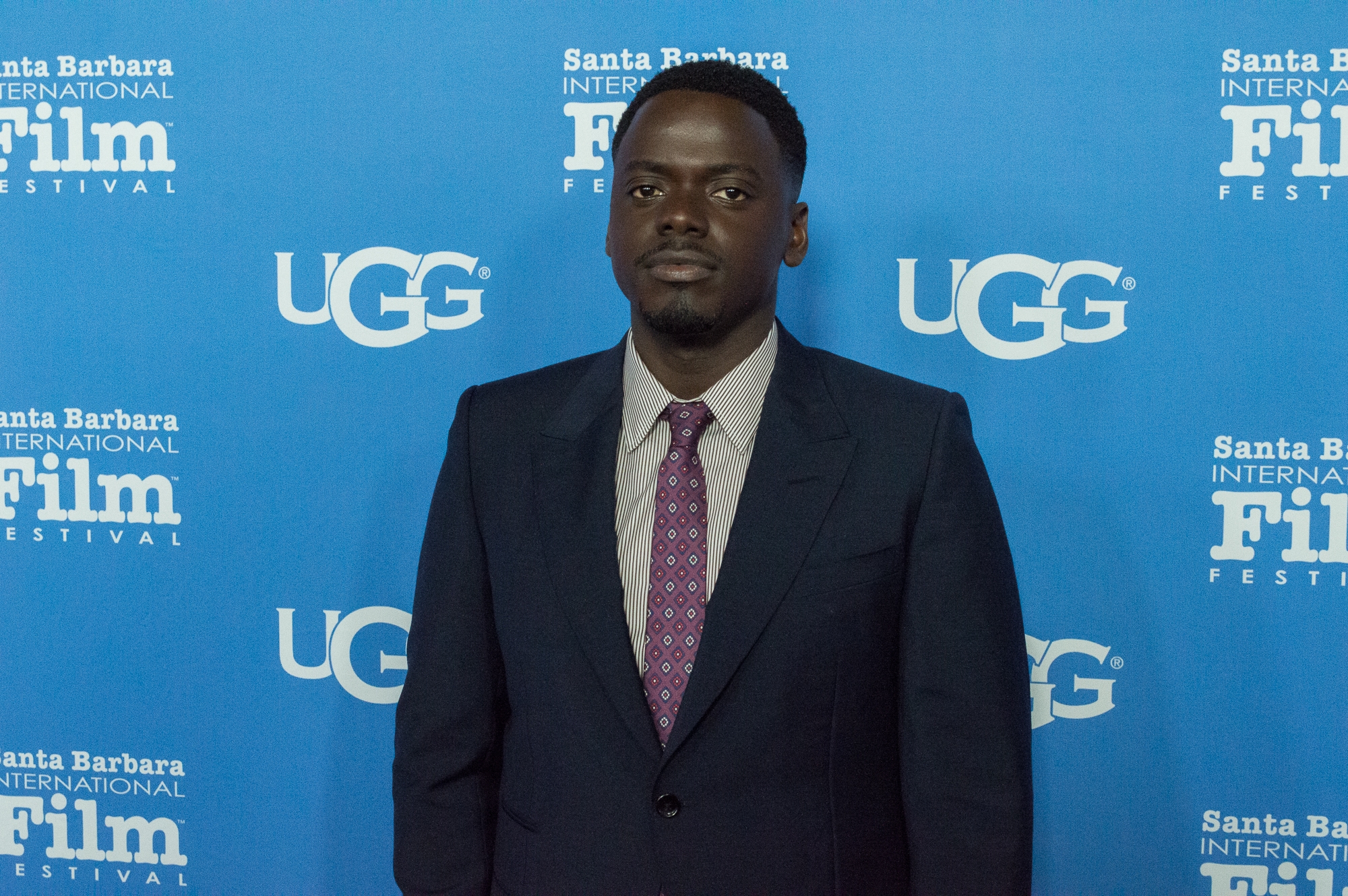 Boyega received a rousing of applause when he stated that people should not be apprehensive about watching “Detroit” because, “This is our mess; this is our world.”

Karger then welcomed 22-year-old Timothée Chalamet as “the youngest Best actor nominee in almost 80 years.”  Chalamet stars in two Oscar frontrunners this year, the Luca Guadagnino-directed “Call Me By Your Name” and the Greta Gerwig-directed “Lady Bird.”  He plays the pretentious yet complex asshole who would rather read a book than converse with his momentary girlfriend in “Lady Bird,” and performs as a vulnerable Elio in “Call Me By Your Name” who is on a route toward self-discovery through a blossoming summer love. 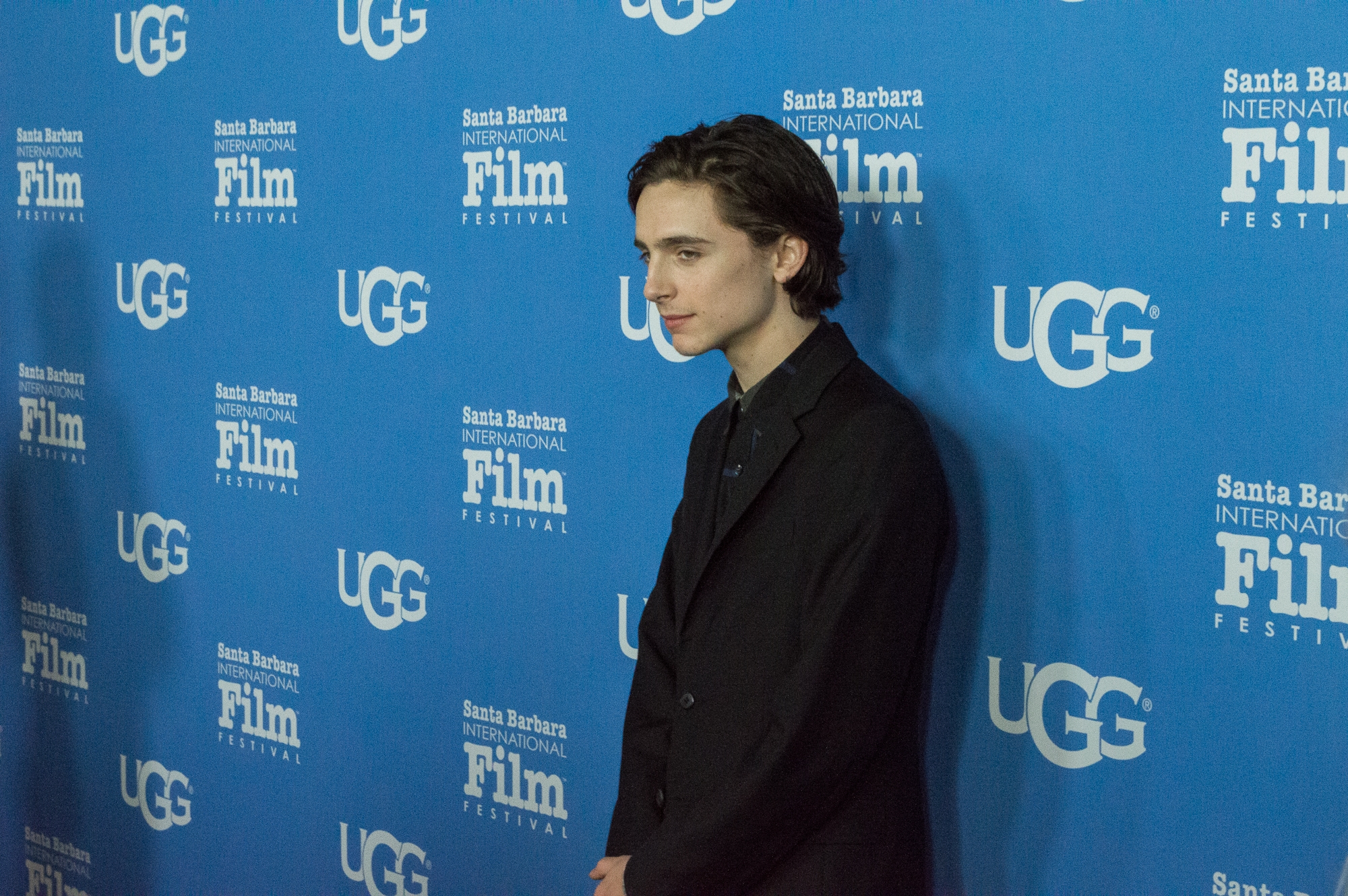 Timothée Chalamet is a break out star this award season. The American actor, nominated for an Academy Award, was recognized at the SBIFF for his roles in ‘Call Me By Your Name’ and ‘Lady Bird.’ Joshua Wu / Daily Nexus

Chalamet handles Karger’s questions in a way similar to the quirky awkwardness of a character in a coming-of-age indie film. His reaction to Karger inquiring about the infamous peach scene in “Call Me By Your Name” was met with slight laughter, accompanied by the sarcastic, “I have been waiting for this moment my whole life!” Chalamet says he did three takes for the last scene of the film, where he is seated by a fireplace as Sufjan Stevens’s “Visions of Gideon” acts as a consoling backdrop to his crying. Luca Guadagnino has pondered about possibly making a sequel to “Call Me By Your Name,” and Chalamet says he will be on board with the project. “I mean yeah, that would mean employment,” he said.

Clad in Gucci loafers, Daniel Kaluuya, stepped onto the stage, giving a shou-tout to three-time Academy Award nominee “Get Out” director Jordan Peele. Kaluuya states that Peele was hesitant to give the part of Chris to a British actor as he felt it was particular to an African-American storyline.

“If you leave the M25 in Britain, it’s “Get Out.” I live this. He [Peele] uses African-American voice and perspective to tap into a universal black truth navigating a Western construct,” Kaluuya said. Kaluuya’s way of portraying Chris, a man who is plagued with confusion, denial and trauma amidst a falsely idyllic family was by “thinking with emotions and music.”

“The Big Sick’s” Kumail Nanjiani had the audience in fits of laughter. He compared making “The Big Sick” to getting out the last bits of ketchup from out of a bottle. “It was like a bottle of old ketchup that you have to slap the back of,” he said. “And the congealed piece comes out, and finally the rest will come out. This movie was the congealed piece.” He spoke on co-writing the break-up scene that “The Big Sick’s” storyline revolves around with his wife, Emily V. Gordon: “It was interesting when I was writing the break-up scene and I thought I was making some great points, but when I got the rewrite, Emily was making some great points as well.” 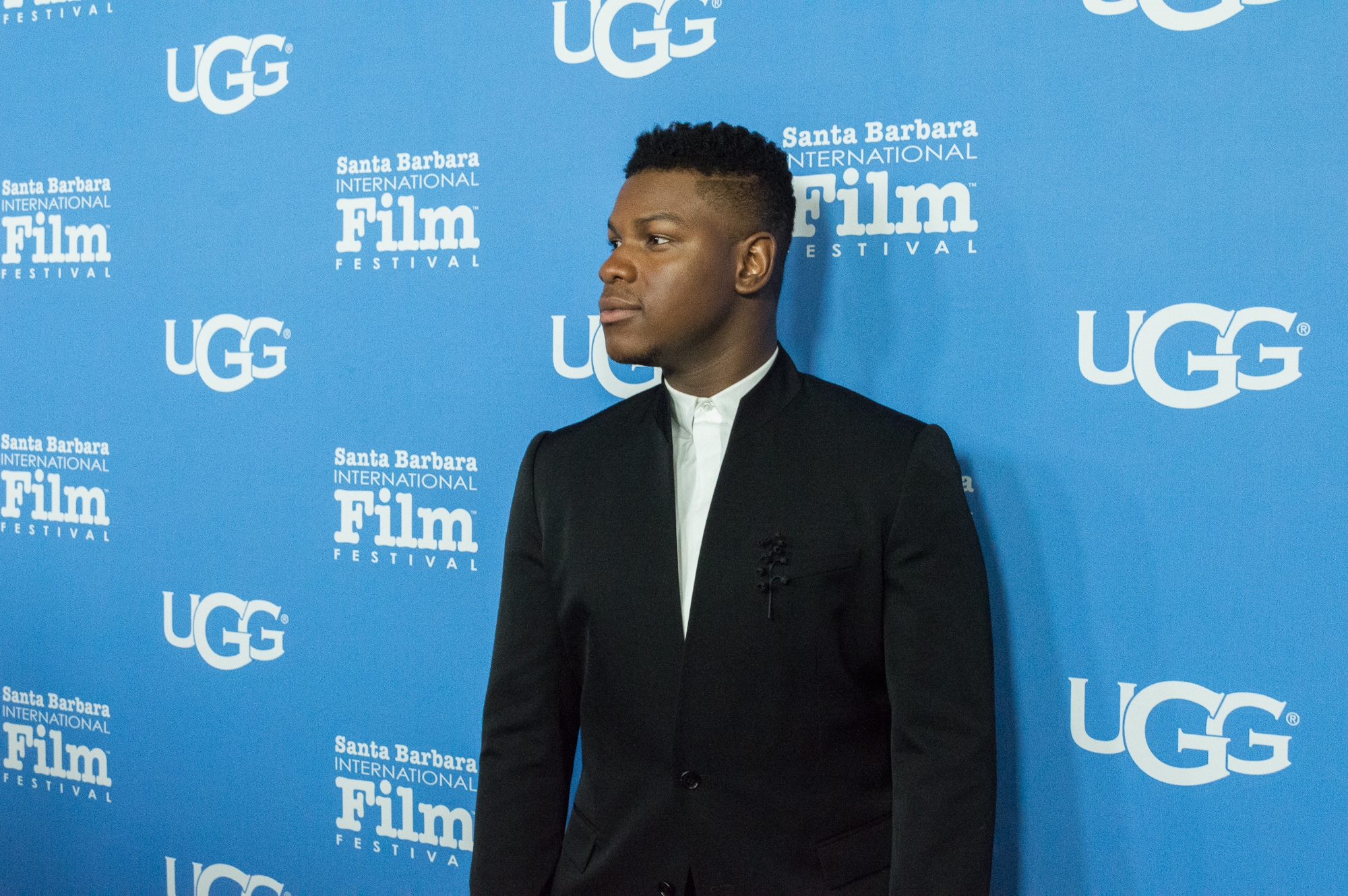 Nanjiani also addressed the long-term effects of Gordon’s illness and beamed about how the happiness he felt for Gordon’s Oscar nomination superseded the happiness he felt over his: “The first thing I felt when we received the Oscar nomination was such pride in her. I was like ‘oh my god, the person I love most is nominated for an Academy Award.’ She fought through so much to be rewarded in this way. I’m just so proud of her.”

The group discussion that followed was an amalgamation of Kaluuya doing an impression of Will Smith laughing on a talk show, Chalamet desperately trying to show everyone proof that Matthew McConaughey left a voicemail on his phone, Nanjiani humorously mocking Chalamet’s portrayal of C-3PO, Boyega revealing his love for K-pop and Blige voicing her desire to become the new Princess Leia.

The recipients of the 2018 Virtuosos Award provided a fascinating unpredictability that had the audience on edge of their seats, ready to laugh and leaving them reluctant to leave the escape of a Hollywood party at the Arlington Theatre. This year’s group of Virtuosos provided a warm presence that made the audience feel like they were sharing a drink with friends — and it just so happens that these friends are Oscar nominees.