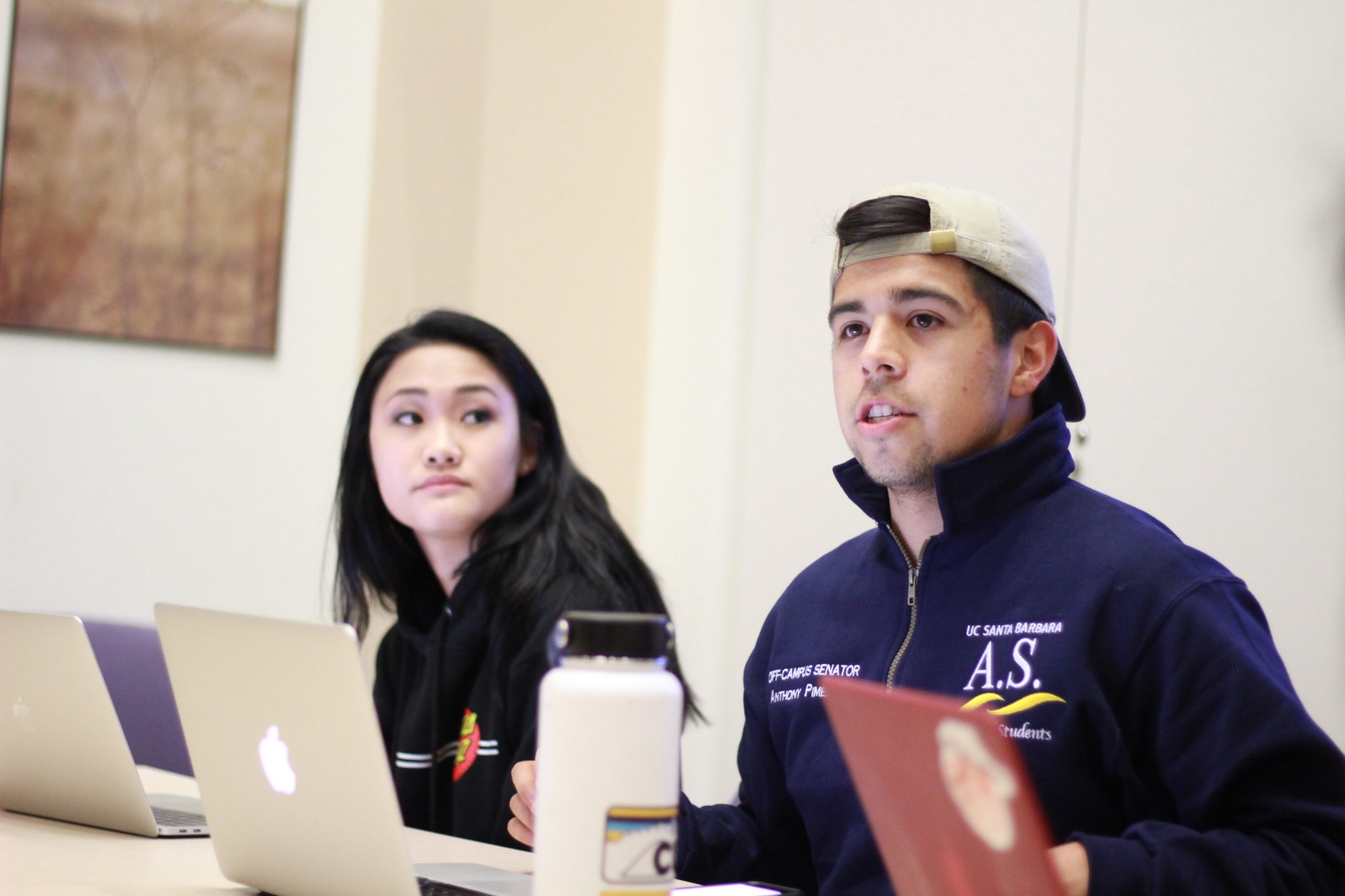 Senators spoke about the issue of disability equality for students with mental illness during the Feb. 2 meeting. Kaitlyn Nguyen / Daily Nexus

The Associated Students Senate held a Housing Ad-Hoc Committee on Feb. 2 in response to the resolution passed on Jan. 24 in support of mentally disabled students in on-campus housing.

The meeting was held by Senators Alison Sir and Anthony Pimentel and concluded with a plan to continue the discussion with university administrators and Counseling and Psychological Services (C.A.P.S.)

Sir read off an anonymous testimony from a student who removed from university housing due to a mental disability.

“When I met with Housing and Judicial Affairs, they said I was banned because I violated the Personal Care Clause and my agreement, even though it was due to my mental illness,” Sir read from the testimony.

The meeting began with a public forum to allow students of the UC Santa Barbara community to voice their concerns.

“I know a lot of people who have had to go to Tropicana because of this clause and I’m here to say that as a personal representative of the RHA Coordinating Board, I’m just here to support you guys,” said Kevin Sabellico, San Rafael Hall Council Co-President.

Daniel Renteria, Chair of the Isla Vista Tenants Union (IVTU), added that he needs to “make sure this is an appropriate goal for IVTU to be a part of.”

In the approved plan of action, senators will split into three groups to collect information regarding the “Personal Care Clause” to present at a Town Hall meeting with the UCSB community in two weeks, according to Pimentel. 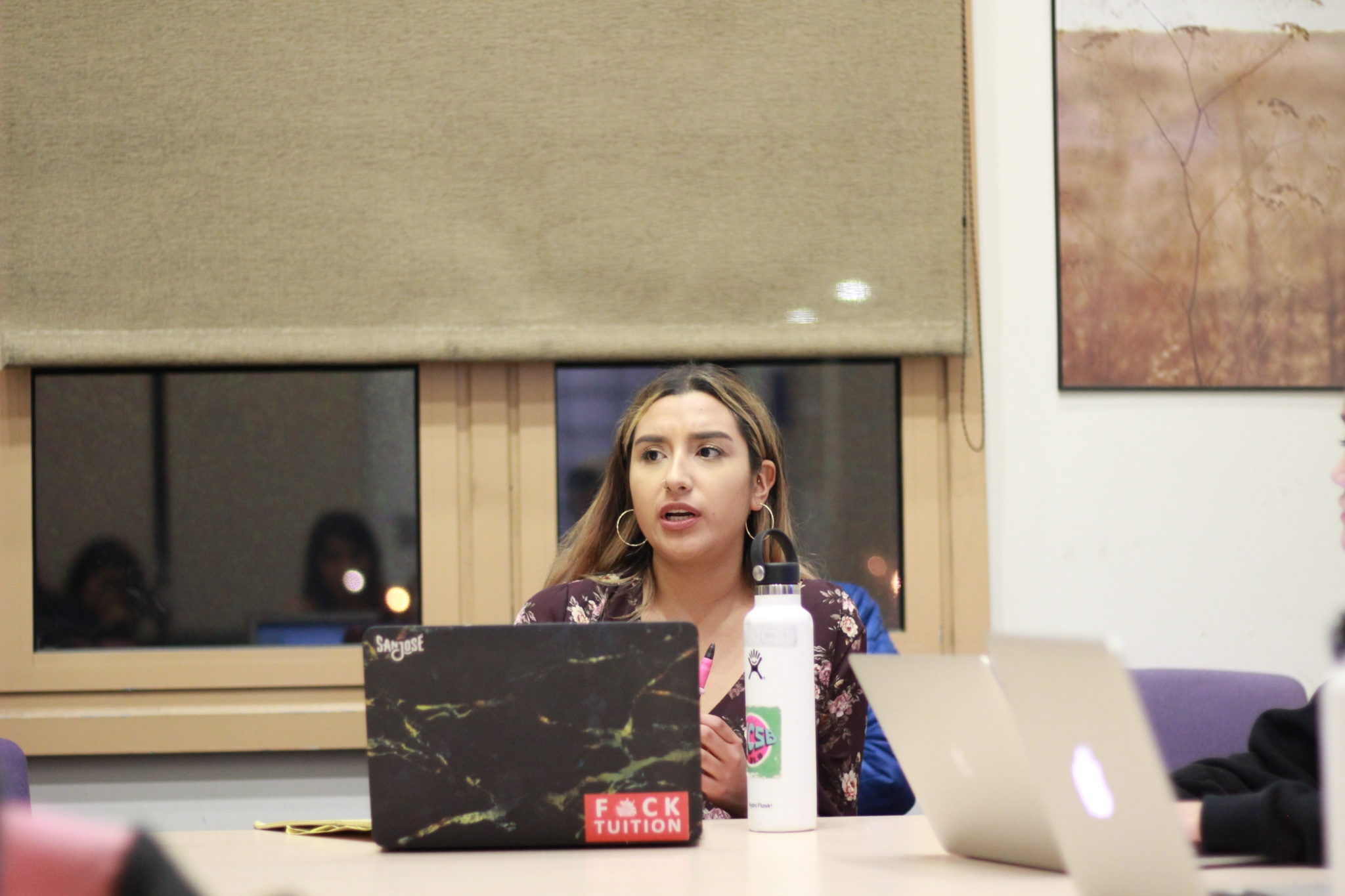 “Is it a mental disability, is it depression, is it you leaving your clothes on the floor and it smelling after two weeks… does that count as personal care?” Pimentel said, referencing to the vague justifications used to remove students from Housing.

During their meeting with C.A.P.S., the senators plan to discuss the training provided to Residential Life staff on handling mental health issues and C.A.P.S.’s role in helping students who may struggle with mental illness, according to Sir.

The council also plans to gather and release testimonies from students who attend C.A.P.S. for review and potential policy changes.

Sir clarified that their intentions are not to discourage students from using C.A.P.S., calling it a “great student resource” that simply needs improvement.

Pimentel said Senators speaking with administration plan to gather information on UCSB’s involvement in dealing with these issues.

“I felt like it was a very productive and efficient meeting that allowed Alison and myself to hear the public’s thoughts and perspectives about this issue and allowed us to direct the Committee members onto the plan of action to combat the poorly written Personal Care clause,” Pimentel said.

Future meetings will be held with voting senators to maintain student anonymity.

Correction: Sabellico is the San Rafael Hall Council Co-President, not the President.

Correction: Sabellico said “clause”, not “cause.”