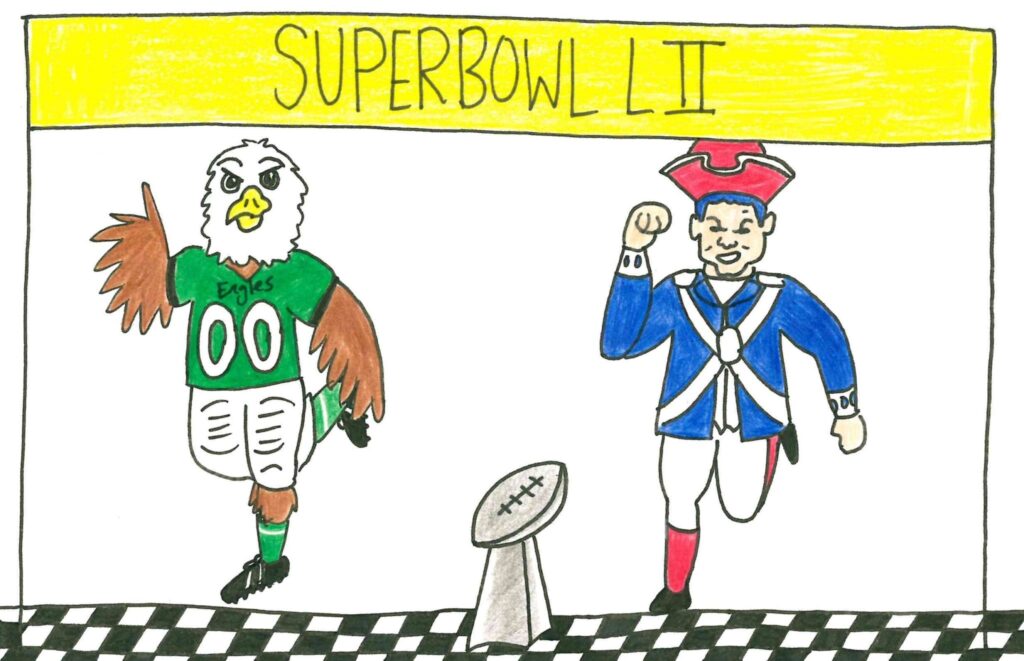 When Carson Wentz limped to the locker room in Week 14, many sports fans and pundits — myself included — thought the Eagles season was over.

Wentz was and still is an irreplaceable commodity, a quarterback who was playing at an MVP level throughout the season.

But the Eagles have a myriad of talented runners behind Ajayi.

LeGarrette Blount, who was a two-down back before Ajayi arrived, still runs as if he is trying to break down a door. Blount is one of the premier goal-line backs in the NFL.

Even beyond that, rookie Corey Clement has served as a nice surprise for the team this season and he provides sure hands out of the backfield should Ajayi need a breather on third down; against the Falcons, for example, Clement caught five balls for 31 yards.

Luckily for the Eagles, the power run game is something they’ve had a lot of success and practice with over this season. Former Miami Dolphins running back Jay Ajayi has bruised his way past defenders for at least 50 yards in the Eagles’ last three games. LeGarrette Blount has scored a touchdown in each of the Eagles’ last two games, his only touchdowns of the season.

But it’s not simply that the Eagles have two power backs capable of moving the ball downfield. Philadelphia’s athletic offensive line has been crucial in allowing for the team’s success on the ground.

With the Patriots’ run defense being a known weakness, Philadelphia’s quick offensive line will surely aim to take advantage of opening lanes for Ajayi and Blount to do what they do best. Philadelphia’s mobile offensive line has demonstrated its ability to shift and bring blockers from the weak side to further clear room for the Eagles’ power backs.

Because of their quickness, the Eagles linemen not only offer strong-side help on the run, but they are also able to reach and take care of the linebackers who would normally clog the holes that Ajayi and Blount need for take-off.

Before Wentz’s injury, the Eagles’ bread and butter was their pass game. While Foles doesn’t provide the mobility and big-play threat that Wentz does, he is a competent passer when given the time to make his reads.

It also helps that his receiving core is one of the deepest in the NFL. Alshon Jeffery has managed to stay healthy this season and provides sure hands on the outside.

While he is not the player he used to be on the Ravens, Torrey Smith still has 4.3 speed and can provide space underneath by taking the top off the defense.

Meanwhile, Nelson Agholor has been one of the biggest surprises this season, going from a first-round bust to a threatening slot receiver in the blink of an eye.

Agholor had more than double as many receiving yards this season as he did last season, along with eight touchdowns.

And of course, the Eagles’ offense still runs through Zach Ertz, the sure-handed tight end whose large frame enables him to be a perennial threat in the red zone.

The red-zone threats that the Eagles have — Ertz, Jeffrey, and Blount — explain why the Eagles are the second-most efficient team in the red zone in the NFL. Even without Wentz, they remain a top-five red zone team.

On Sunday, the Eagles offense will match up against a vastly underrated Patriots defense, one that suffers statistically from other teams being forced to try to catch up to their prolific offense.

Despite ranking 29th in the NFL in total yardage, the Patriots boast one of the strongest secondaries in the league.

Stalwarts Patrick Chung and Devin McCourty man the back line, while Stephon Gilmore and Malcolm Butler shut down receivers on the outside.

Both Butler and Gilmore are used to the big moment; it was Butler’s interception that sealed the Patriots’ Super Bowl victory over the Seahawks, while Gilmore saved the game last week with an acrobatic deflection on a 4th down pass to Dede Westbrook.

Where the Patriots struggle, however, is on the defensive line.

Their leading rusher, Trey Flowers, has only 6.5 sacks on the season, and the lack of a consistent pass rush could hamper the Patriots.

When teams have success against the Patriots, it’s typically because they take advantage of this; one example is in week one when Kareem Hunt ran all over New England.

Despite their lack of personnel, Matt Patricia, a defensive guru who is catapulting into the head coaching ranks next season with the Detroit Lions, leads New England’s defense.

Patricia is typically able to mask these deficiencies through his game plans, and if Patricia can make Foles uncomfortable in the pocket, it could be difficult for the Eagles’ offense to get rolling come Sunday.

New England will most likely primarily commit to its pass offense but will look to throw in clever plays at the line of scrimmage using players like Dion Lewis in their backfield.

While Brady has enough receivers who can run effective routes, he also has Gronkowski, who is a vital piece of the puzzle.

Gronkowski finished the 2017-18 regular season as the team’s leader in receiving yards (1,084) and touchdown receptions (8).

Such stats display the impactful connection between the tight end and quarterback possesses.

The variety the Pats have will require the Eagles to attempt to stop their opponent by penetrating the offensive line and taking down Brady. During the year, Philadelphia led the league in total amount of pressures.

If the Eagles can become a constant reminder for Brady in the pocket, the Pats’ offense can stagnate at critical points in the game.

It will be up to their defensive coordinator, Jim Schwartz, to figure out a way to use the team’s defensive depth to have a chance at containing the dynamic Patriot offense.

There is little reason to doubt the ability of the Eagles’ defense to limit the Patriots. They have been able to contain much more potent backfields in teams like the Atlanta Falcons.

The team also reached its highest mark in recent years in the points allowed category, finishing fourth best in the NFL this season (18.4).

Malcolm Jenkins, the Eagles’ veteran safety, will be a primary part of their secondary.
Jenkins is a dynamic safety who can fulfill a variety of roles on the field, adapting to every play.

The safety can easily line up alongside the line to rush in on a blitz or drop back into the secondary and cover guys such as Cooks or Danny Amendola.

Given the dominance of the Patriots in the Super Bowl, it would not be surprising to see the Eagles be successful at creating effective pressure in the pocket and still see Brady lead his team to yet another championship.