The Daily Nexus
The Brew Review
Rooting for the Brew
February 1, 2018 at 12:47 am by Marisa Ratchford

For most of-age viewers of the Super Bowl, whether you’re an avid fan or watching solely for the commercials, a cold beer is just as important as the quarterback to your enjoyment of the game. The beer you drink should reflect the experience you wish to have and the outcome you hope to witness. Depending on who you are rooting for, here are two different cheap beers that will hopefully fit your experience as tightly as a lineman’s pants. 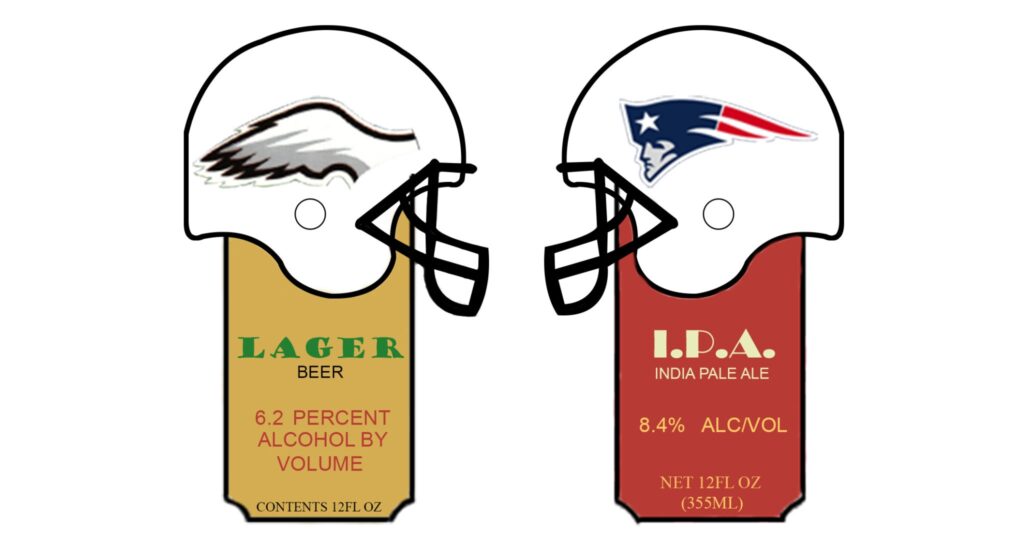 If you’re rooting for the Philadelphia Eagles, drink…..

Trader Joe’s Simpler Times Lager:
The Philadelphia Eagles have long been a team revered as the underdog. They’ve had exceptional seasons and broken records that wouldn’t have been assumed to be doable by the franchise, yet they’ve also had some slumps in success and have had few Super Bowl championships — counting three in total — despite their long history. This humble yet classic team deserves a beer of equal merit. Invoking the blue-collar days of a pastime, Trader Joe’s Simpler Time’s Lager will not knock your socks off with its hypnotic-hops of Grade A organic fair-trade hipster bullshit often done today, but it is a simple, straight-to-the-point dad’s beer. It goes down smooth and refreshes you like water. This is a beer you’d want to chug ice cold after a hard day’s work, and even better, it’s just $3.99 for a six-pack.

If you’re rooting for the New England Patriots, drink…

Trader Joe’s Boatswain American Double IPA:
If you’re either a long-time fan trying to prove your validity or a bandwagoner just banking off the probability of a win from last year’s results, you probably already know that the Pat’s are the football franchise of the modern age. They’ve got the all-star QB and the All-American appeal with just the right amount of scandal and success to make them known by even the most naive of sports fans. A team like this requires a bit more restraint when drinking, meaning you want something for sipping rather than chugging. A Double IPA is just what you need. It’s just the right amount of pretentiousness for a team that’s attended eight Super Bowls and won five of them, all of which were with the same head coach and quarterback, and has surpassed countless other records. Need I say more? It’s also a tad more expensive, as a super-franchise should be, with the six-pack boasting a $4.99 price tag.