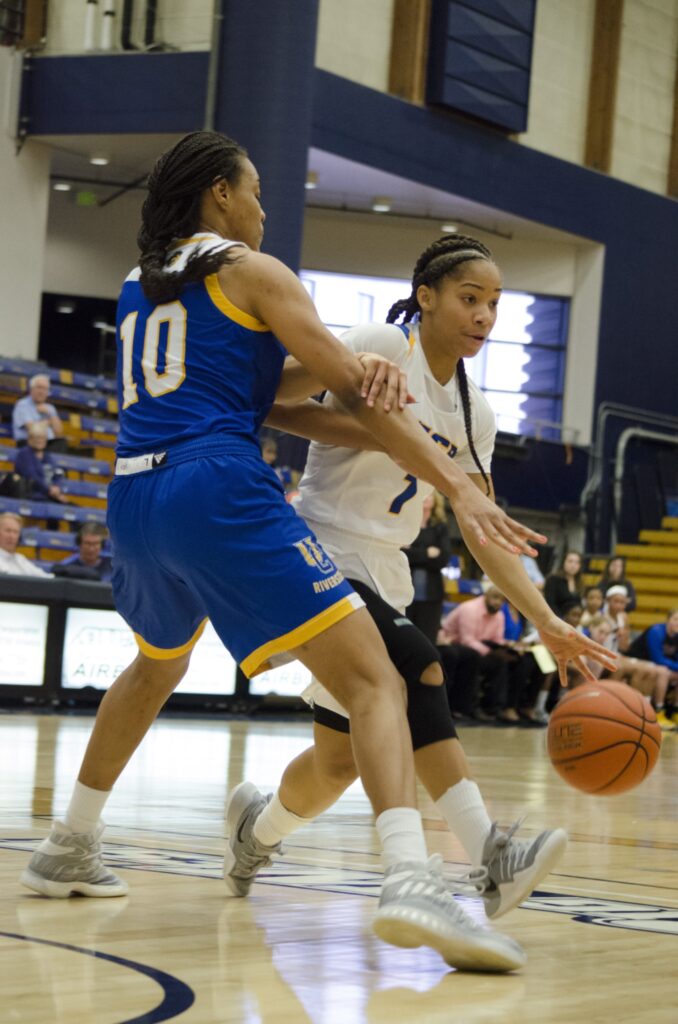 The UCSB women’s basketball team (7-13, 4-4) faced off against Cal State Northridge (12-10, 5-3) at the Thunderdome on Wednesday, Jan. 31 after recently playing the Matadors on their home court earlier in January where they picked up the win.

The Gauchos failed to get the win against their opponents this time and dropped the game to CSUN – the final score being 48-30.

Prior to the start of the game, the home team was tied with their opposition in the Big West standings, both teams even as the fourth seed.

The Gauchos couldn’t seem to buy a bucket, as they only shot a subpar 20.3 percent from the field. CSUN was only slightly above their opponents, shooting at 27.8 percent on the night.

The game started off looking promising, as redshirt senior forward Drew Edelman notched the first 4 points in the game, sinking in two baskets. However, those would be the last points the Gauchos would score for the remainder of that quarter.

Regardless of their anemic offense, the game didn’t look like it would run away from the home team, as the visitors only managed to put up 9 points on the board in the first period.

The second quarter showed a bright spot for the Gauchos. They went on much needed 7-0 run sparked by sophomore guard Aliceah Hernandez – Santa Barbara was trailing 14-4 prior to the offensive explosion.

After the 2 points by Hernandez, freshman combo guard/forward Nina Radford splashed a 3-pointer and senior guard Makala Roper swished in a layup. The run narrowed the deficit gap, the home team then only down by 3.

The rest of the game was more of the same for UCSB, as their offensive struggles continued.

The score was 22-13 at the half, the visiting Matadors holding the lead.

The defense for the Gauchos was thriving, getting stop after stop, and making it extremely difficult for their opponents to get any offensive flow going.

Despite the superb defense, though, it was all for naught. Santa Barbara could not manage to get themselves into any offensive rhythm of some sort.

Cal State Northridge was held to just 26 points after the half, showcasing UCSB’s stellar defense. However, the home team was trailing at the half and could not manage to pick up the pace and nix the deficit they were buried in, as they only were able to put up 17 points in the second half of the game.

The road team ended the night on 15-for-54 shooting, while Santa Barbara had a 13-for-64 shooting night.

Both teams were poor offensively, but they both also brought elite defenses to the game as well.

The turnovers for both teams were less than ideal, CSUN having 15 and the home team giving away 13.

Santa Barbara’s bench outplayed their opponents, once again. UCSB’s bench contributed 16 points, compared to the Matador’s bench that only added 11.

Santa Barbara looks to bounce back from this loss as they look ahead to go against Hawaii on Saturday, February 3 at 2pm at home once again in the Thunderdome.