The Daily Nexus
News
Beaches Still Closed Due to Mud Runoff
February 1, 2018 at 12:10 am by Spencer Sween

Santa Barbara beaches have been closed for three weeks as the county continues to find high levels of contaminants in the water, according to the Santa Barbara County Public Health Department. 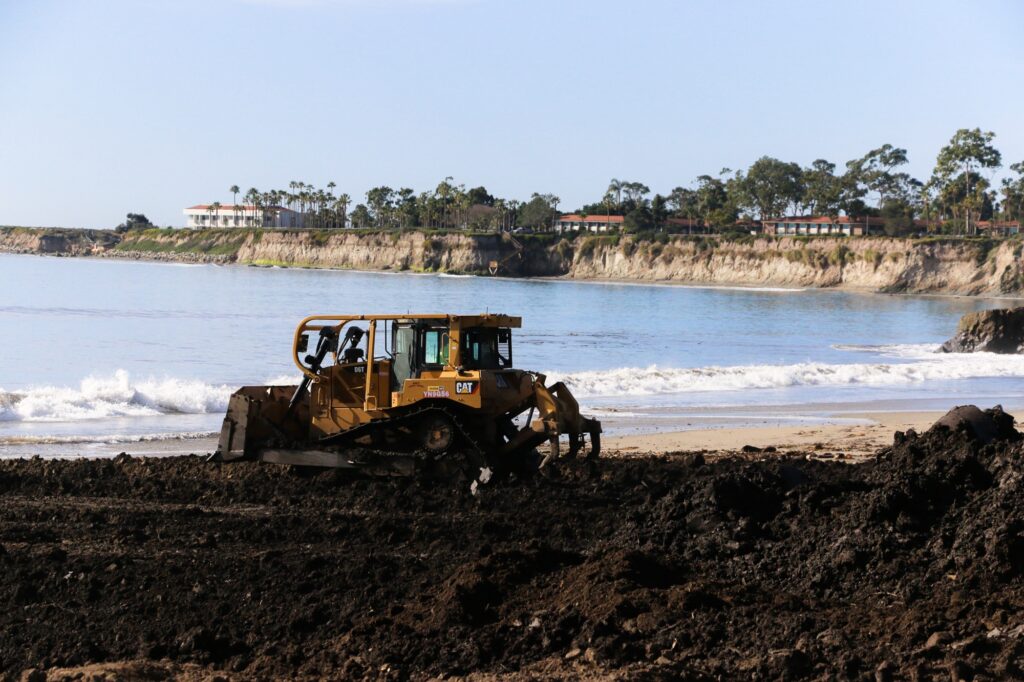 The Public Health Department warns against going into affected waters, citing high levels of bacteria which could indicate that other disease-causing bacteria are present.

The department will continue to conduct testing on Goleta Beach and other areas, but for now it recommends remaining 400 feet away from beach areas where mud transports are temporarily deposited. The buffer zone is marked by orange fencing.

Mud and soil runoff from the storms following the Thomas Fire in early December were collected and then transported by county flood control officials to make room for road repairs. Goleta Beach was selected as a temporary storage site for this policy.

The mud dumping largely contributed to the rise in contaminant levels along surrounding areas due to the “unknown amounts of untreated sewage and possible chemical contaminants in the water and sand,” said Susan Klein-Rothschild, deputy director of Santa Barbara’s Public Health Department.

On Wednesday, the Public Health Department issued a release warning the public to “refrain from eating recreationally raw fish and shellfish where levels of bacteria highly exceed standards.” Individuals should cook “recreationally caught” seafood before consuming it, the department said in the release.

Goleta Beach is one of the areas cited in the release.

Campus Point remains open due to acceptable water conditions, county officials said, as coliform levels are stable and only enterococcus bacteria exists in the water. These conditions, however, could fluctuate for as long as mud is being brought to Goleta Beach.

“Bacteria concentrations at Campus Point will likely be a function of currents and winds that bring the sediment plume from Goleta Beach to Campus Point,” explained Jenna Driscoll, an associate for Santa Barbara Channelkeeper.

Santa Barbara Channelkeeper is conducting water soil tests for E.Coli, fecal coliform and other biological contaminants that could seriously affect beachgoers at these locations.

A version of this story appeared on pg. 5 of the Feb. 1 edition of the Daily Nexus.

Correction: Jenna Driscoll’s name was mistakingly written as “Jenny,” due to an editing error.