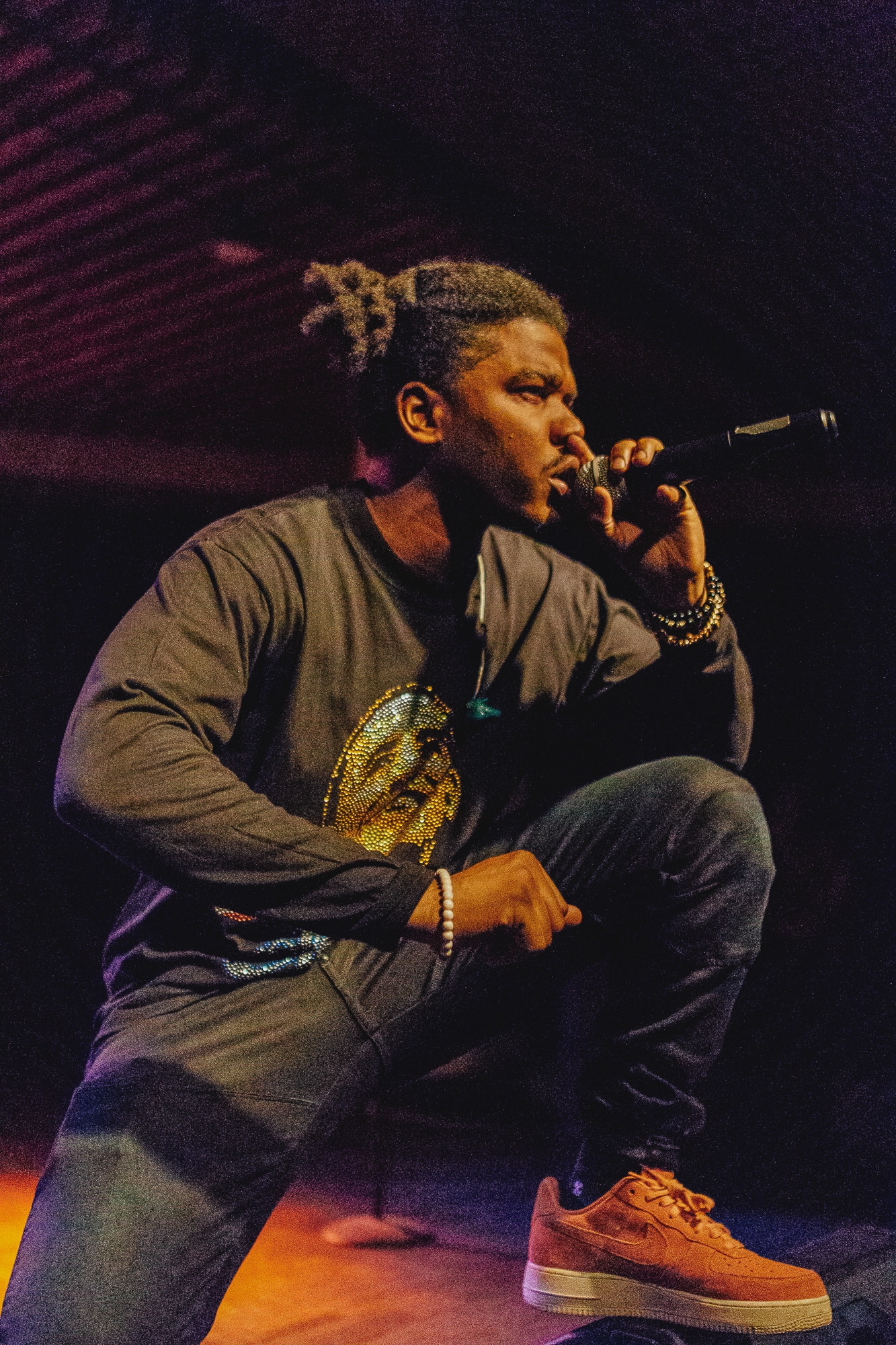 Like most of my new favorite acts, Smino crept into my musical rotation without me even noticing at first. First you see them mentioned in an article on a music blog, then your friend puts one of their songs into a playlist for you. You get curious, explore the rest of their discography and wait to see them live.

Smino is a part of the group of young, uber-talented emcees that have caught the attention of critics and fans alike in the past year, such as Noname and GoldLink. By the time the St.-Louis born rapper made his way to the Hub last Thursday, I was more than excited to see him.

The line outside the doors to the UCen was long, considering that the show was late on a Thursday night. I personally don’t have classes on Friday, but I’m sure there were many concertgoers who sacrificed sleep regardless. Once most of the crowd had settled into their spots for the night, the show started right on time––which, admittedly, surprised me.

The night’s opener, Alex the Great, is a sophomore at UCSB. Although he did not reveal that he’s a fellow Gaucho until almost halfway through the set, his youth and unmistakable Isla Vista sensibilities made this fact unsurprising. Alex was brave enough to handle both DJ and rap duties, as his DJ didn’t have the proper paperwork to join him. He soldiered on, despite having to take on every responsibility from the stage, and he got the crowd to a modest level of excitement. His tracks had influences ranging from chill-hop to trap, indicative of a young artist trying to find his own sound.

After his 40-minute set, Alex departed the stage to make room for Smino. As the crowd became antsier, the room grew warm with movement. The house DJs played tracks from Drake and Migos to keep concertgoers moving and prime them for the night’s main attraction. Then, with a burst of excitement, Smino slid onto the stage. His energy seeped from the stage and into the crowd, and it was clear that both belonged to him for the night.

Soon after his entrance, the rapper launched into his signature track “Anita,” an R&B-tinged slow jam named after classic soul singer Anita Baker. As I sang along and looked over the first few rows into the crowd, everyone was crooning along with him. “Smellin’ like loud around Republicans” is the most iconic line of the song, and Smino pointed to his black, studded President Obama shirt as he smiled and sang it into the microphone.

In the beginning of his set, Smino decided to skip the stage banter and push through as many songs as possible, making the most of his hour long set. During “Smellin Like a Re-Up,” a one-off track from a few years ago, he leapt from the stage and into the press section, letting fans in the first few rows from behind the barricade grab onto him. The crowd was mostly female, so this level of contact was met with shrieks of elation. His charisma and aesthetic are reminiscent of André 3000, down to his natural, grown-out hair and onstage gyrations. Like many soulful black artists, his relationship with the stage started in church and is still reflected in his electric onstage performance today.

Smino has become famous for his impressive wordplay and turn of phrase, a feature that most Midwestern rappers have in their flow. He’s a self-described “country boy,” but counts Kanye West as his primary musical influence — arguably the most famous Chicagoan of our generation. Smino, who was southern born and raised, spent a good chunk of his formative years traveling back and forth between his native Missouri and Illinois before deciding to settle in Chicago permanently. It was in Chicago that he sharpened his craft alongside the main up-and-comers in the scene — including Chance the Rapper.

The 26-year-old artist felt a connection with the college-aged crowd that is not like most shows he plays. Smino has been quite active in the music scene for most of his twenties. He didn’t go to college, but he still felt at home on the small stage in the Hub. 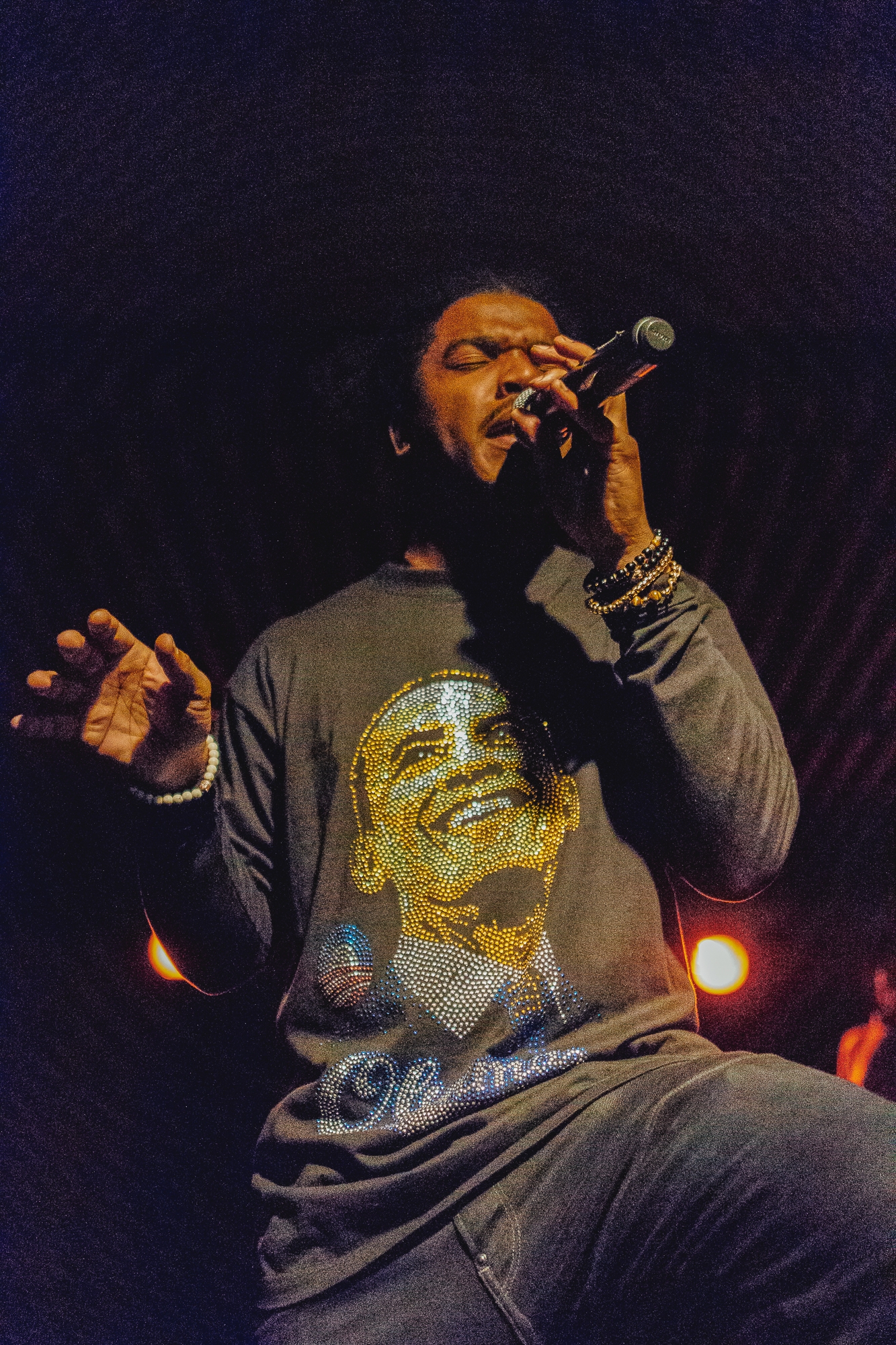