Fresh off a close loss to UC Davis, the UCSB women’s basketball team is geared to go up against Cal State Northridge in a home match taking place on Wednesday, January 31.

This game has heavy playoff implications, as both UCSB and the Matadors are tied in position as the third seed in the Big West with both teams boasting a 4-3 conference record.

CSUN does have the better overall record however as it currently sits at one game above .500 at 11-10 while Santa Barbara is 7-12.

Losing this game would be a massive setback for either opponent, putting one of them even further behind the leading team, UC Davis, who is currently undefeated against their opponents within the Big West with a 7-0 mark. 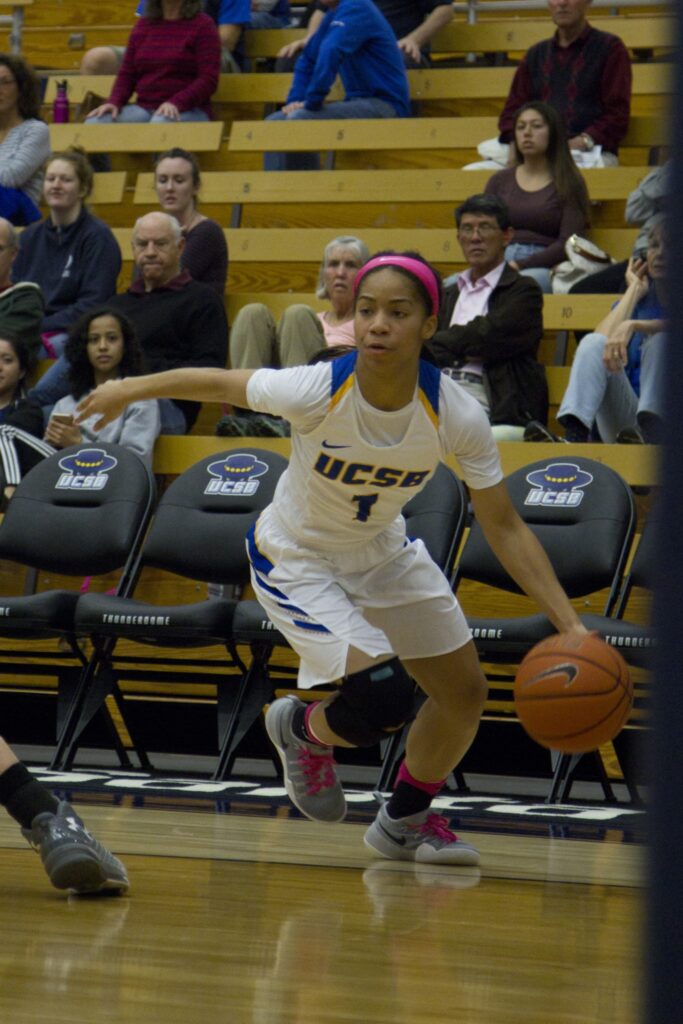 Similar to the Gauchos and their ending to the Aggies, CSUN lost their most recent game to UC Irvine 56-47, due to a strong fourth quarter from their opponents.

Both UCSB and Cal State Northridge previously faced off against each other earlier in the month, and Santa Barbara squeaked away with the one-point win on the road, to win the game 74-73.

The game was made up of extreme intensity, both teams going bucket-for-bucket and bringing the heat. The game ended up being tied at the end of each quarter until UCSB edged out their opponents by one point in the final period of regulation.

In considering the last 5 meetings between these two teams, the Gauchos have a slight advantage – having to beat the Matadors 3 out of the last 5 games.

In order to come out on top, Santa Barbara will have to have another strong offensive game. And if they want to win convincingly, they must be sure to keep their opponents’ firepower at bay, otherwise, it’s going to be another tough one down the stretch.

Players for the Gauchos to look out for, are the two leading scorers for the Matadors – junior center Channon Fluker and junior forward Tessa Boagni, who have both been on an explosive tangent this season.

Averaging 20.9 and 11.9 points per game respectively, Fluker and Boagni are forced to be reckoned with on the court, as their potent offense has the potential to put extreme pressure on the defensive approach of Santa Barbara.

Last time these opponents faced off, they both hovered around 40% shooting for the game, but it will be crucial for one team to edge out the other in the offensive tug-of-war, just as UCSB previously did on the road in the fourth quarter, to solidify the win against the home team Matadors.

Both teams had great rebounding in their previous meeting, with Cal State Northridge having the very slight advantage in that category.

One category the Matadors dominated their opponents in during the last meeting, pointed in the paint.

During the last game, Cal State Northridge won the high percentage shot battle, by having an impressive 48 points scored in the paint, to Santa Barbara’s less than half 22 points in the same category.

Undoubtedly both teams will need to put more concentration into their fourth-quarter play, as that was the detriment of both teams in their most recent losses to their opponents.

Producing points in clutch time will be key if both teams score as consistently against each other as they did in the past.

Freshman guard Sarah Bates had a spectacular game last time UCSB went toe-to-toe with Cal State Northridge, contributing a double-double consisting of 23 points and 5 assists. A repeat effort from the volatile guard would increase the chances of Santa Barbara bouncing back and winning their next game.

Bench play will be another factor to look out for, as UCSB will need its reserves to show up and show out if they want to gain separation throughout regulation.

Santa Barbara is slated to play against Cal State Northridge on Wednesday, January 31, at home in the Thunderdome at 7 p.m.