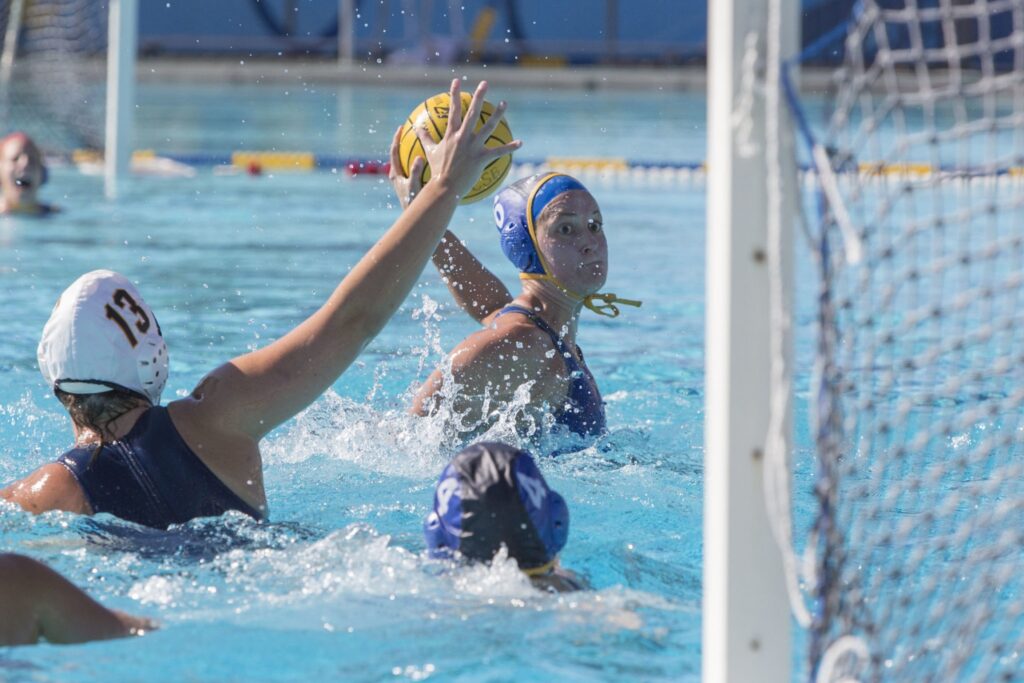 It was an absolutely action-packed weekend for the No. 14 UCSB women’s water polo team who completed the Hoosier Invitational winning four out of their five games.

Throughout the tournament the Gauchos were impressive, winning big early on and finishing with a strong performance despite losing a close game to Indiana.

Play began against the University of Toronto Varsity Blues on Friday where the Gauchos exploded on offense and completely shut down Toronto on defense, winning the game 23-0.

Once again it was Junior Kate Pipkin who provided an offensive surge with three goals and two assists. It almost seemed as if the entire team joined Pipkin in the scoring bonanza, finishing the game with nine different Gauchos who were able to find the back of the net.

Defensively, the team was clearly dominant and earned their second shutout of the season. The team’s strong performance was a positive sign headed into their doubleheader the following day.

Saturday’s first game was against the Mckendree Bearcats where the Gauchos once again played extraordinary, increasing their win streak to three after beating McKendree 15-2. Junior Sarah Kreiser and sophomore Sarah Snyder each scored four goals, while defensively it was Becca Buck who only allowed two goals out of the Bearcats’ 16 shots.

After getting through their first two matches with relative ease, it was the #12 Hoosiers of Indiana who made nothing easy in their match that ended 7-6 in favor of Indiana. Sarah Snyder was once again the team’s leading scorer but only managed two goals in a game where the defense was the focal point.

At the end of the 2nd period, the Gauchos lead Indiana 6-5, but the Hoosiers were able to shut out their opponent while simultaneously scoring the go-ahead goal in the 3rd minute. The 7-6 loss for the Gauchos brought their three-game winning streak to an end and left their record at 2-1 before Sunday.

The last day of the tournament was yet another doubleheader day for UCSB against No. 25 Iona and No. 19 Harvard. UCSB came back in their game against Iona, winning 13-2. Sophomore attacker Shannon Moran was the leading scorer for UCSB with three goals. Goalkeepers Becca Buck and Kenzi Snyder each allowed one goal out of Iona’s 26 shots.

The final game against Harvard ended in another close one, an 8-5 win for UCSB. The scoring came from four Gauchos with three scoring 2+ goals and the other scoring one goal. UCSB was able to stay ahead of the Crimson despite the team outscoring UCSB 2-1 in the final quarter.

The team’s impressive performance over the course of the tournament increased the team’s overall record to 8-3.

The offensive leaders for the team have been excellent and the whole team has shown to be capable of joining in on the scoring when the team can get rolling. The defense for UCSB has also shown a capability to standout, three out of the team’s five games ended with the opponent scoring 2 or fewer goals.

Becca Buck and Kenzi Snyder’s keeping over recent play has been astounding, often returning sheets with a low amount of goals allowed and a high save percentage. The team will now face a long break from play before being thrown back into another tournament in San Diego

UCSB will play next on February 10th in their first game of the Triton Invitational.