Awards for innovation in light technology are nothing new for Shuji Nakamura.

Nakamura, a professor of Materials and Electrical & Computer Engineering at UC Santa Barbara, has received the Zayed Future Energy Prize’s Lifetime Achievement award for pioneering the development of white L.E.D. lights, an innovation that will have reduced electricity consumption in the U.S. by an estimated 348 terawatt hours (TWh) by 2027, saving more than $30 billion.

“The 2018 Zayed Future Energy Award recognizes the global impact of solid-state lighting technology on both the climate and the citizens of our planet, and I am honored that my work in this field is again being highlighted,” Nakamura said.

A winner of the 2014 Nobel Prize in Physics, Nakamura is one of three individuals credited for creating the highly sought bright-blue L.E.D. That advance paved the way for the white L.E.D, technology that is now at the heart of many energy-efficient applications, including interior and exterior lighting, displays and automotive headlamps. 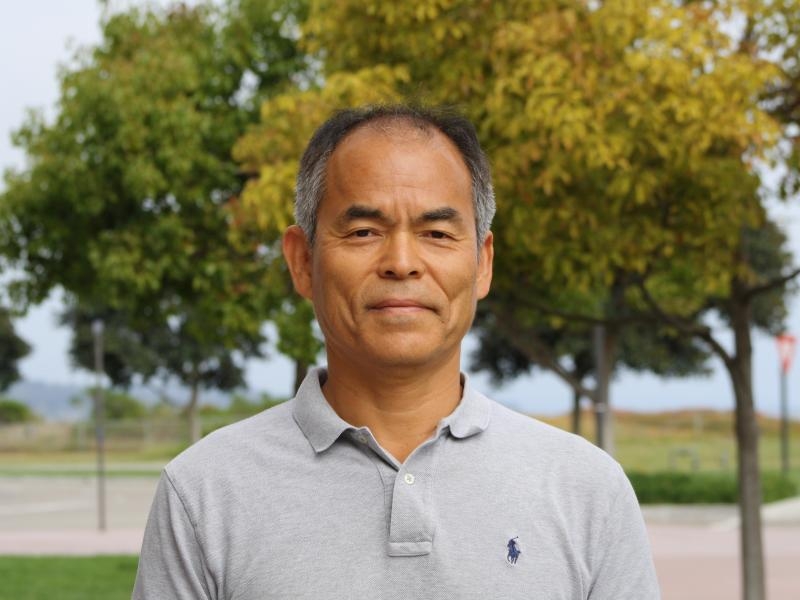 Shuji Nakamura has been a professor of Materials and Electrical & Computer Engineering at the UC Santa Barbara since 2000. He holds more than 200 US patents and over 300 Japanese patents. He is currently the Research Director of the Solid State Lighting & Energy Electronics. / Courtesy of ssleec.ucsb.edu

The use of L.E.D. lights has revolutionized energy savings, making it possible to reduce fossil fuel use and carbon footprints. Their durability has also enabled the provision of lighting under inhospitable conditions and in places where traditional energy infrastructure is not available.

Nakamura’s research fits perfectly with the idea that motivated the creation of the prize. The world is in desperate need of innovative solutions to create a new, sustainable energy future. No one knows from where or whom the next great energy solution will come from. Solutions and technologies that could change the world are being developed globally, and the $4 million Zayed Future Energy Prize, managed by Masdar in Abu Dhabi, is ready to recognize and reward innovators like Nakamura.

Nakamura received his award at a ceremony held in Abu Dhabi in the United Arab Emirates, as part of Abu Dhabi Sustainability Week.