The Daily Nexus
Volleyball
Men’s Volleyball Remains on the Road for Match Against Loyola (Ill.)
January 25, 2018 at 5:00 am by Richard Benites 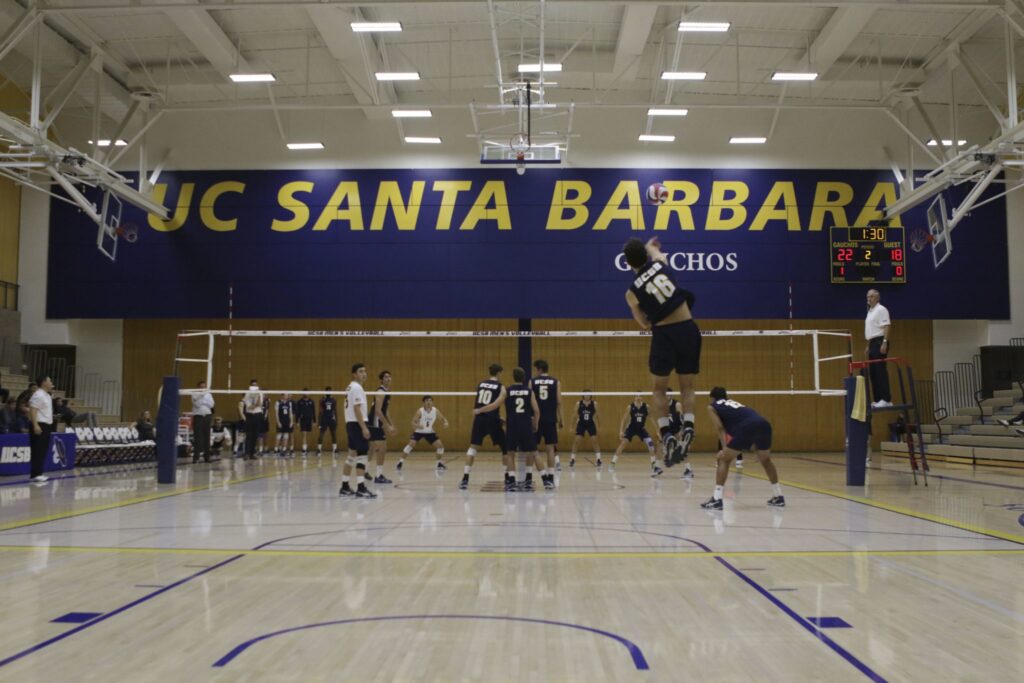 The No. 15 UCSB men’s volleyball team appears to be in fine form as its stretch of non-conference opponents continues.

Now, the team is looking forward to its Thursday matchup at No. 7 Loyola University Chicago.

The Gauchos sit at 3-1 and are looking impressive as they’re coming off a 3-1 victory over Pepperdine on the road. Overall, the game was intense as the two teams exchanged points, resulting in small differences in which side won each set as UCSB went on to take a 28-26, 21-25, 25-22 and 25-23 win.

The match featured a dominant performance by junior outside hitter Corey Chavers had a game-leading 24 kills on the attack.

To make this night even more special for Chavers, he was soon after awarded with Big West Player of the Week recognition for the first time ever in his career.

Meanwhile, the Loyola Wolves are also experiencing some early non-conference success as they currently find themselves at a 4-2 overall.

The Wolves, as well as the Gauchos, currently hold a two-game win streak. Notably, the Wolves have swept their last two opponents.

Concerning their most recent match, Loyola is coming off a 3-0 thrashing over Saint Francis University, whom they hosted last Saturday.

Statistically, the Wolves have been clinical when it comes to attacking possessions.

Totaling 272 kills on 94 errors, compared to their opponents’ 258 kills on 112 errors, Loyola has gotten it done with the exact same number of opportunities that they’ve offered to opposing sides, a total attack count of 607.

At the forefront of Loyola’s attack is junior outside hitter Collin Mahan. At 6’5 Mahan has a team-high 76 kills.

Mahan also boasts a 3.45 kill per set ratio. Supporting him is senior middle blocker Jeff Jendryk, who has a total kill count of 46.

Helping put both in a scoring position is freshman setter Garret Zolg, who stands at 6’3 and leads in team assists with a total of 188 on the year.

So far, Loyola has had one key game in which they faced off and bested the formerly No. 3 BYU, who are now fifth within the NCAA rankings.

The Gauchos will want to assert dominance early on and continue to get the ball to their outside hitters as effectively as they’ve recently done with Chavers.

This game might surprisingly turn out to be a close one, but it surely will surely result in great competition as UCSB searches to extend their latest win streak.

UCSB will head out on the road to take on Loyola University Chicago this Thursday, Jan. 25 this at 7 p.m. at Gentile Arena.