The Daily Nexus
Water Polo
Gauchos Travel to Indiana for Hoosier Invitational
January 25, 2018 at 5:34 am by Andrew Hernandez 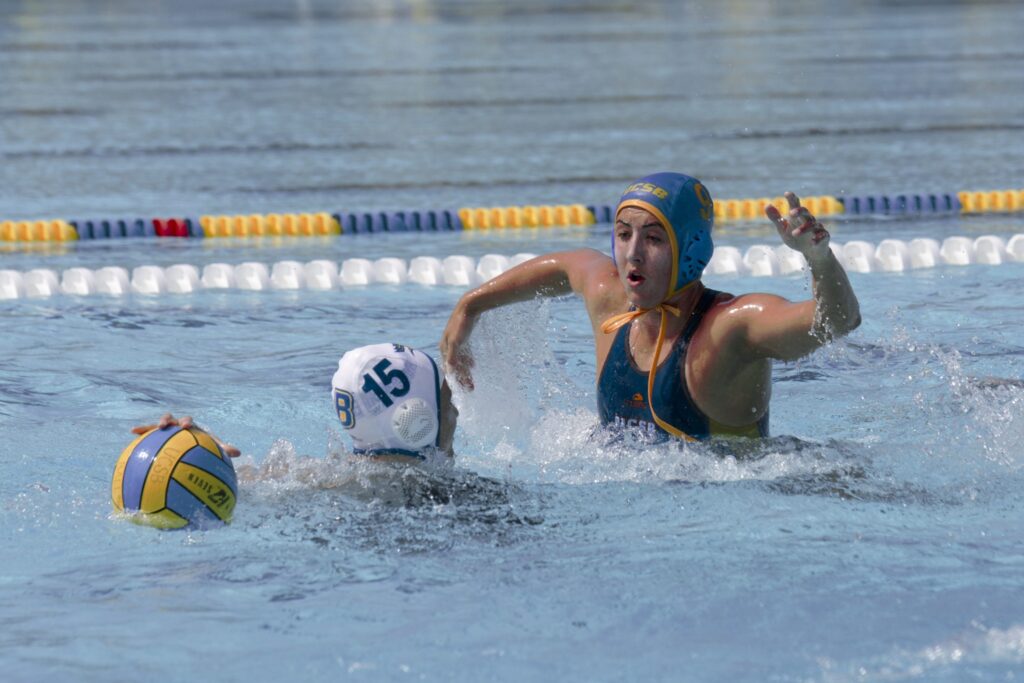 The women’s water polo team will be traveling to Bloomington, Indiana to play the first game of the Hoosier Invitational.

The tournament features teams from across the country as well as internationally with five other universities participating in the three-day event. The Gauchos open up play against the University of Toronto Varsity Blues on Friday.

Heading into the tournament the Gauchos are 3-2 with their most recent game ending in a 5 point victory against the Fresno State Bulldogs, 12-7. The Gauchos struggles this season have come against extremely talented, ranked teams like No. 8 Michigan and No. 2 UCLA.

The team was able to keep it close but lost by less than five points in both of the games, by three against the Wolverines and four against the Bruins.

Leading the charge for the team has been a trio of players who have been key to the Gauchos’ offensive success. Juniors Sarah Kreiser and Kate Pipken, as well as sophomore Natalie Selin.

Pipken leads the team in points with 21 while Kreiser and Selin are tied for second most points on the team with 14.

Pipken has been a particularly dynamic player for the squad as 11 of her 21 points are assists while the other ten are goals scored. Kreiser is the team’s highest goal scorer with 11 while Selin has obtained her points more evenly between the assists and goals category with eight goals and six assists.

Kreiser has been consistently successful offensively in five tournament games by scoring in each one and recently gained Big West Player of the Week honors.

Together the trio have been offensive centerpieces for UCSB while also providing steady defense.

The Toronto Varsity Blues are also looking to make a deep, successful run in the Invitational, despite it being their first ever appearance.

The team is riding a large wave of momentum as the Blues beat the McMaster Marauders 11-2 to become National Collegiate Water Polo Champions.

Senior Ana Miroslavic played spectacularly, scoring a hat trick in the final game, and is surely looking to continue this kind of performance in the team’s first game in Bloomington.

The Gauchos are coming off of five days rest after completing another tournament on January 21 and will hop right back into the grind with five games scheduled over three days.

Despite the flurry of games the Gauchos will benefit from a long break before resuming play again on February 10 in San Diego.

The trio and the rest of the team are approaching this tournament hoping to show their ability to handle a tough schedule on the road.

With a long break in sight the Gauchos can truly put everything they have into these next tournament games and a positive result will be a great sign headed into the midpoint of the season.

The UC Santa Barbara Gauchos will play the University of Toronto Varsity Blues at Counsilman-Billingsley Aquatic Center in Bloomington, Indiana on January 26 at 7 PM EST.