The Daily Nexus
Opinion
Argument in the Office: New Year New You? Or More of the Same?
January 19, 2018 at 12:24 am by Ali Abouesh and Laurel Rinehart 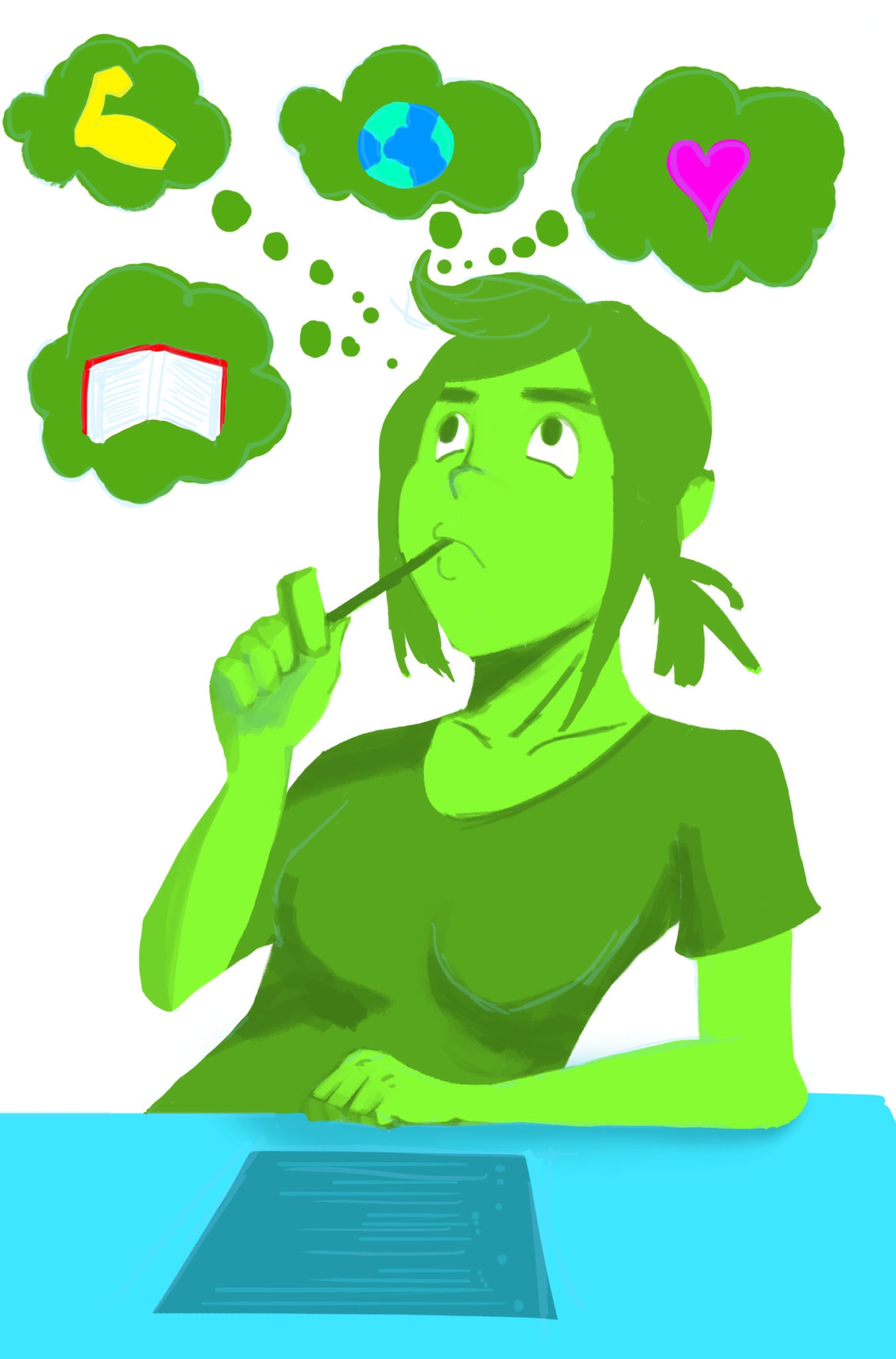 Twenty “Slate-Clean” is a Chance to Reinvent Yourself

With the beginning of the new year, we will be greeted with people all over the country making goals to improve themselves in 2018. Every Jan. 1, we set goals for ourselves to get into better shape, try new things or anything else that we feel the need to work on. The idea is inherently positive when it’s done correctly. We all wish to become the best version of ourselves, and the New Year presents an opportunity to do so. This “20-SlateClean,” I want to convince you all to commit to a resolution because now is the best opportunity to accomplish something you’ve always wanted to do.

The benefits of writing down and sticking to a resolution can be extremely positive. For example, I have made a resolution to get out of my comfort zone more often, and already I’ve experienced more in two weeks than I have all last quarter. At its core, a New Year’s resolution is a break from the norm; you are doing something that you have wanted to do but did not in the year that has passed. If you are doing the same thing every day, you have a tendency to blend each one together into one memory. A break from the routine, such as socializing more or exploring new places, will make more memories and make life more interesting. People always say that life is short but there is no reason that life should also be boring. There may be hiccups along the way, like losing your keys on a night out or not progressing as quickly as you’d like with your fitness; however, when you finally see progress on your resolution, it will be that much sweeter.

You’ll have the potential to make new friends, see new places and feel better about the person you’ve become.

When critics say resolutions are more harmful than beneficial, it is not telling the entire story. Sticking to a resolution that is focused on personal growth is one of the best things you can do for yourself. A resolution born out of societal pressure, however, will be much more painful and negative. For example, wanting to lose weight because your body feels unhealthy is completely different from losing weight because you don’t see yourself as having the ideal body type. The point of a resolution is to be happier with who you are, and chasing goals that are set by someone else is not a healthy way to go about it. Another thing that is brought up is the fear of failure. You have to keep in mind that there is absolutely zero shame in failure. Trying to better yourself is not an easy thing to do, and it’s only natural that there are going to be a couple of nicks and bruises. Don’t feel discouraged or that you’ve wasted time just because you mess up once.

When you choose your New Year’s resolution correctly and stick with it, you’ll end up better off in 2018. You’ll have the potential to make new friends, see new places and feel better about the person you’ve become. At the very least, if you decide that your resolution wasn’t for you, it’s possible to pat yourself on the back for getting out there and trying something new. After the shit-show that was 2017, you owe it to yourself to get some happiness.

Ali Abouesh wants people to work on things they don’t like to gain new insights.

Another year, another ambitious list of goals to be forgotten about once the champagne bubbles settle. All of us have things we would like to change about ourselves: lose weight, drink less, study more, make money … the list goes on. It is important to reflect on your goals at any stage in the year, and New Year’s resolutions seem to benefit us by carving out a designated time for that reflection in the midst of life’s distractions. There is nothing wrong with making an effort to correct mistakes or start out the year on a positive note.

However, despite the optimistic promise of change in the new year, the implementation of resolutions ends up being problematic for most people. Part of this has to do with the way our culture quickly jumps from trend to trend, sacrificing lasting meaning for the newest beat. If someone is making a resolution on Jan. 1, chances are they are only doing it because resolutions are trending at that point in time and they are encouraged to follow the lead. Although the goals we set are meant to apply to the whole year, the excitement and motivation behind these goals quickly wear off once the designated time for resolutions has passed. In the modern day especially, people have short attention spans and are not willing to revisit an old goal over and over again after the hype has worn off. There is no point in participating in a tradition that involves committing to long-term goals when those goals are only valued during a short span of time.

Another problem is that the popularity of New Year’s resolutions can make people feel pressured to take on resolutions that are unsustainable and potentially harmful. One of the most popular resolutions for people to commit to is weight loss, especially since it is common to gain weight during the holidays. This can lead to the popularization of trendy diets, such as Atkins or Whole30, which are extreme and unrealistic for the average person to suddenly take on. Advertisers know that consumers are especially susceptible to weight loss gimmicks during this time and can manipulate them to make unhealthy decisions in their quest for a new body.

If the tradition of resolutions was formatted in a way that required action rather than merely intent of action, I would be much more likely to support it as a legitimate exercise.

Additionally, the designation of Jan. 1 as a clean slate allows a convenient scapegoat for people to put off their goals. Holiday parties and family gatherings make December a time when most people are not focused on healthy eating, and the idea of the new year right around the corner only enables this behavior further. The structure of the holiday season encourages people to binge-eat all through December and then take unhealthy steps to lose that weight as soon as the clock strikes midnight for the first time in the new year.

If the tradition of resolutions was formatted in a way that required action rather than merely intent of action, I would be much more likely to support it as a legitimate exercise. The Jewish holiday Yom Kippur is an example of a tradition centered around self-improvement that involves more tangible steps toward the goal being discussed. It calls for reflection, repentance from one’s sins and the correction of any debt or wrongdoing incurred throughout the year. It is customary to make donations to charity and take other steps to repent for one’s sins during this holiday, using the time for action. Since there is no designated time for action during the new year, a list of goals is often the only thing accomplished.

At their core, New Year’s resolutions are not actually about doing good, but about planning to do good. They enable us to craft popular social media posts announcing our goals, only to forget about those goals once the next item pops onto our feed. Although self-improvement is always excellent, don’t expect to attain it just because you wrote it down on Jan. 1.

Laurel Rinehart thinks there are better ways to improve yourself than setting a New Year’s resolution.