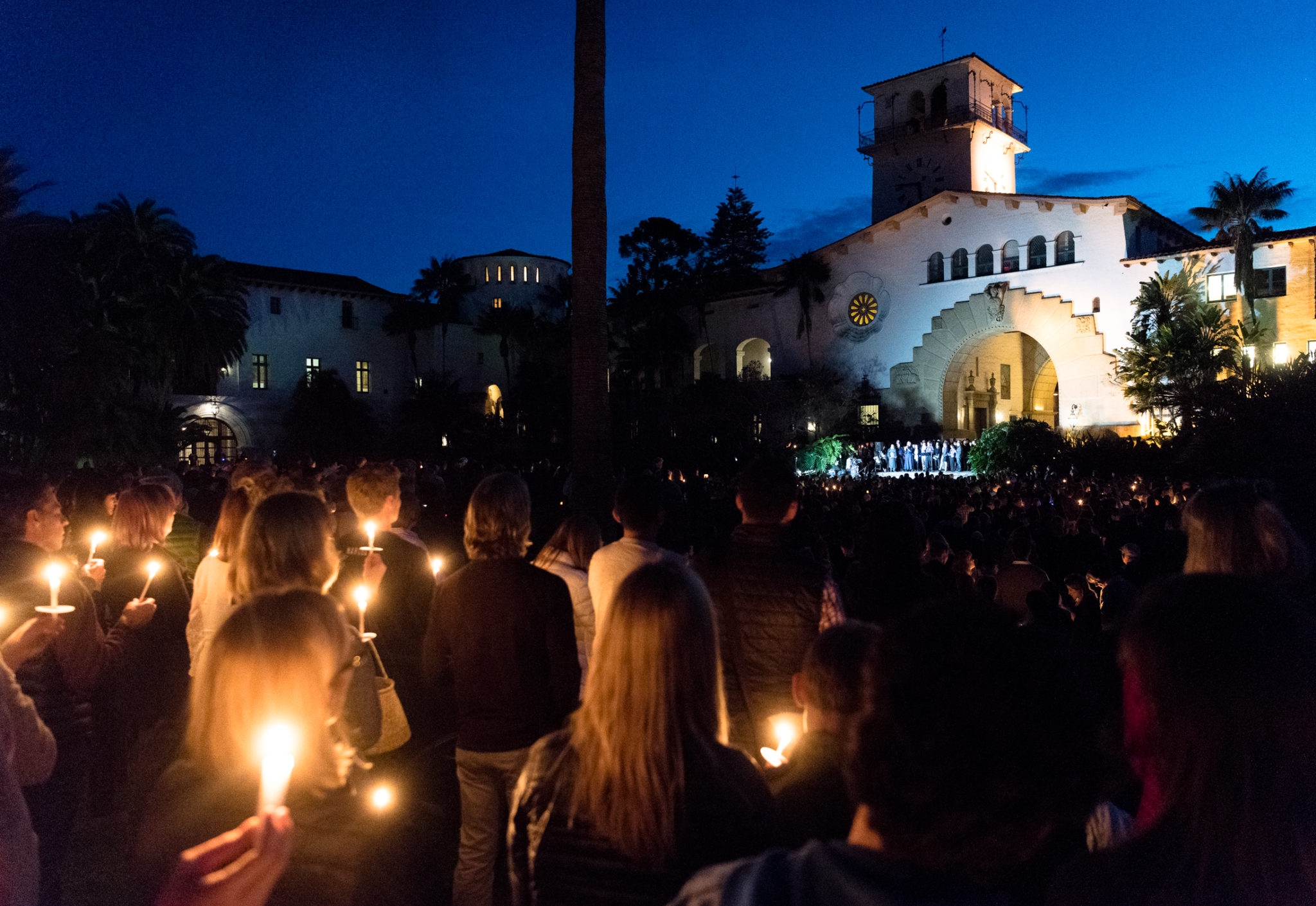 Over 1,000 community members gathered on the courthouse lawn, holding L.E.D. lights and candles to mourn the lives lost in the Montecito mudslides. Courtesy photo

After more than a month of devastation from natural disasters in Santa Barbara County, over 1,000 community members gathered Sunday evening at the Santa Barbara Courthouse to mourn the lives lost in last week’s mudslides in Montecito.

Attendees held L.E.D. lights and candles that shone brightly as the sun began to set over the courthouse. As the names and ages of those who died in the mudslides were read aloud, community members quietly shed tears with the pain of losing a friend, neighbor or family member.

At least 20 people lost their life in the mudslides that occurred early Tuesday morning. 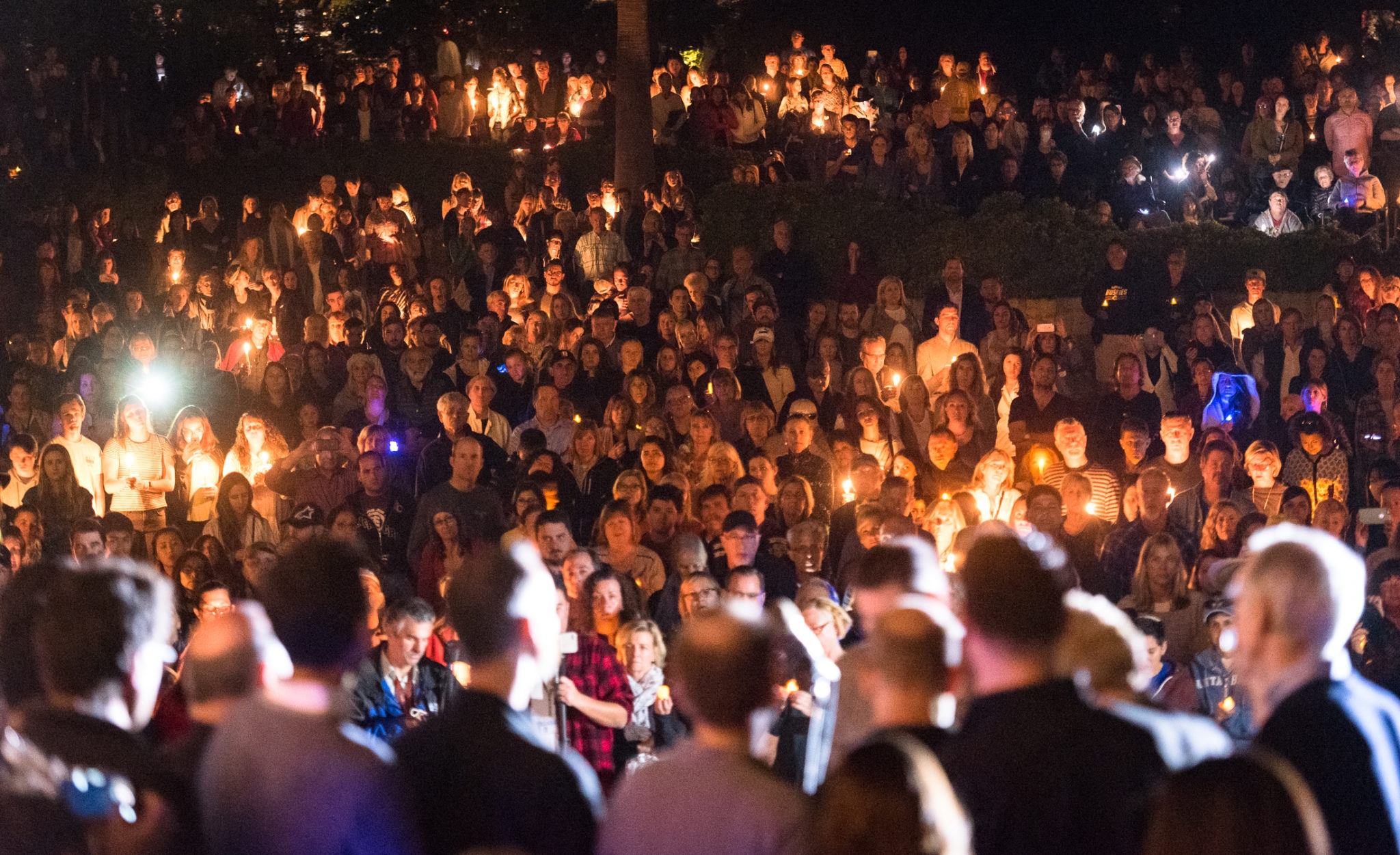 Local elected and community leaders organized the event and offered words of hope to attendees, many of whom knew people who were lost in the mudslides. Courtesy photo

Members of the Christian, Jewish, Muslim and Buddhist faiths also came to support the community in its grief. Attendees were encouraged to write messages on The Healing Wall. The wall was covered with words of hope for the community by the end of the vigil, including “be strong” and “love is all we need.”

Many speakers reminded the audience that all community members may experience grief and trauma in the wake of such destruction and loss, even if they were not directly affected by the Thomas Fire or mudslides.

“It’s important that we take time to reflect on all that we have felt,” said Alana Walczak, the executive director of Child Abuse Listening Mediation. She added that that trauma is a “long-term process” that must be addressed in order for one to begin healing. 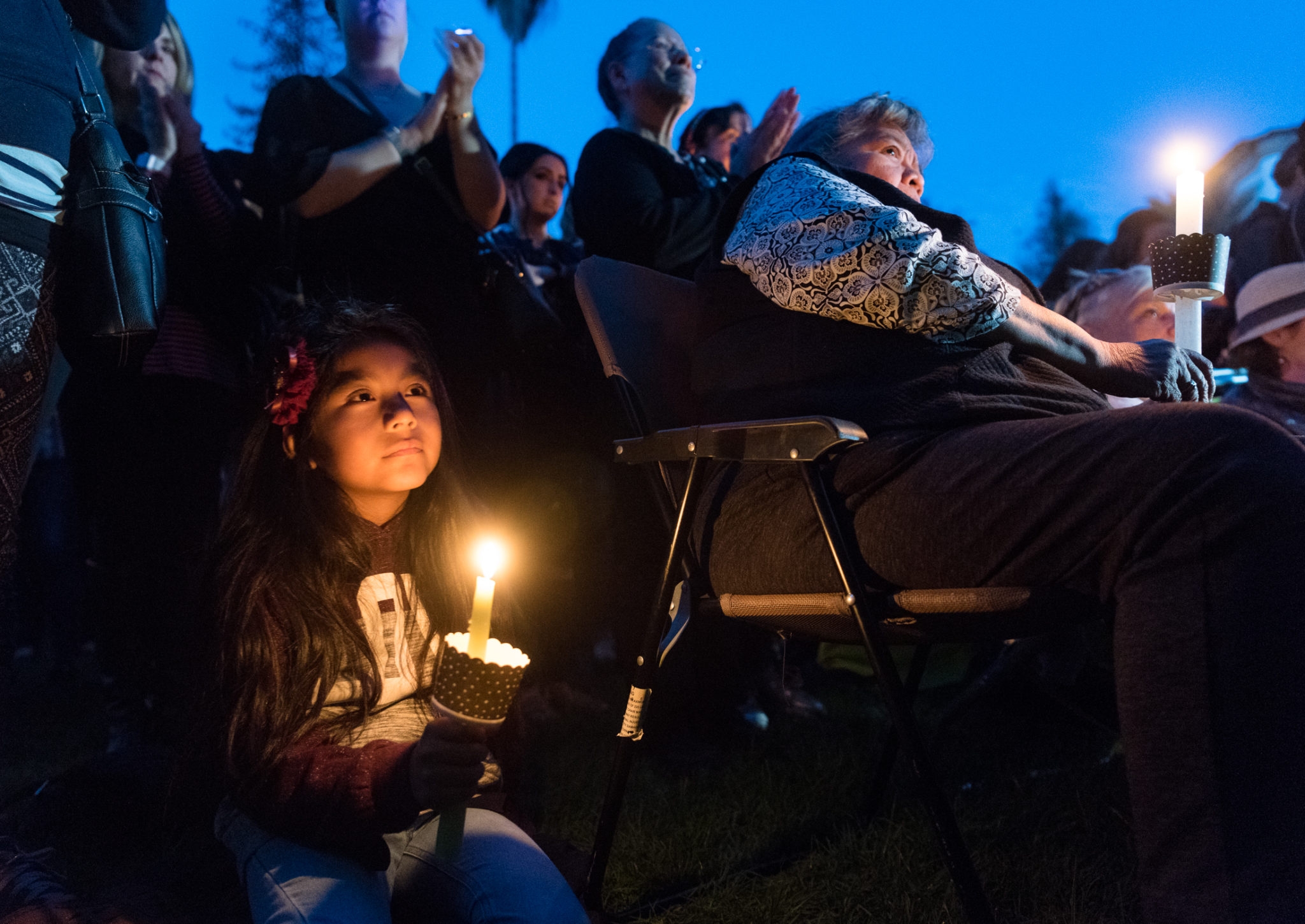 A young girl holds a candle honoring the lives lost during the Montecito mudslides. Courtesy photo

Cheers erupted from the audience in support of the firefighters, law enforcement, first responders, search and rescue and media crews that have bravely worked in extreme conditions to save lives and provide coverage of the Thomas Fire and mudslides.

Dudley’s son is a firefighter and has spent the last week rescuing people from the thick mud in Montecito, she said, adding that it is “impossible for any of us to come away from this unaffected.” 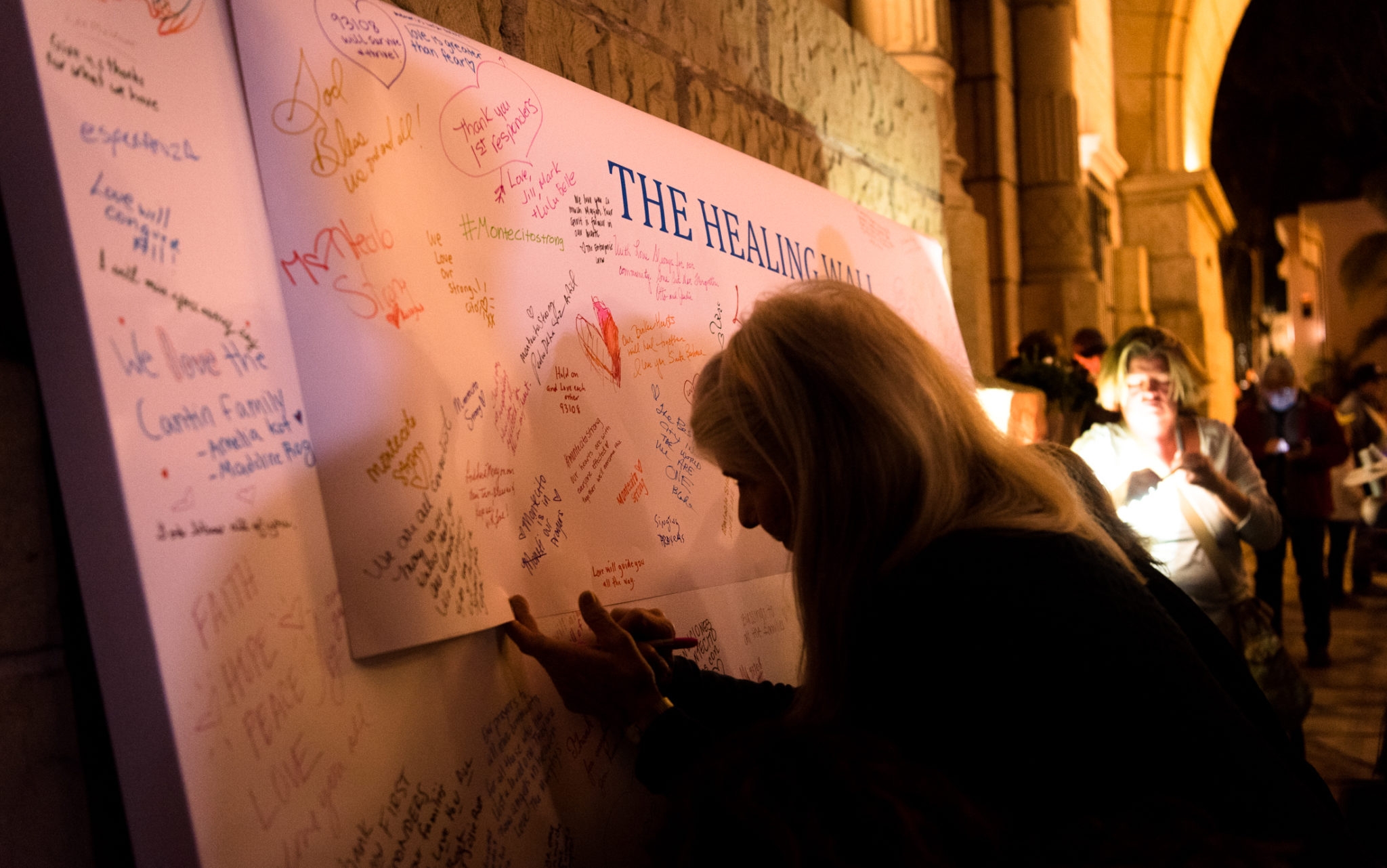 An attendee writes a message on the Healing Wall during the Jan. 14 vigil for victims of the Montecito mudslides. Courtesy photo

Jackson reminded the audience that a community better understands its strength when it is tested with challenges.

“We come together to grieve and regroup because it is in times like this that the true … potential of us as a community, as human beings, takes place,” she said.

The audience came together in a song as the sun disappeared behind the courthouse. Reverend David Moore of the New Covenant Worship Center began to sing, encouraging attendees to join in.

Maybe the idiots should have evacuated. They were warned over a week in advance. If you have lived in Southern California for more than a year, you know what to expect with mudslides.

No sympathy for the fools who had ‘disaster fatigue’ from being evacuated from their homes for a couple days due to the firefighters attempting to save their properties.

I hope those who survived, and lost loved ones, rot with that guilt for the rest of their lives. They deserve it for putting themselves, their family, and first responders at risk.

You are disgusting. Fuck you.

A shame during all this there were so many rude and verbally abusive law enforcement officers. Heard from many friends who were treated poorly by the local deputy’s.