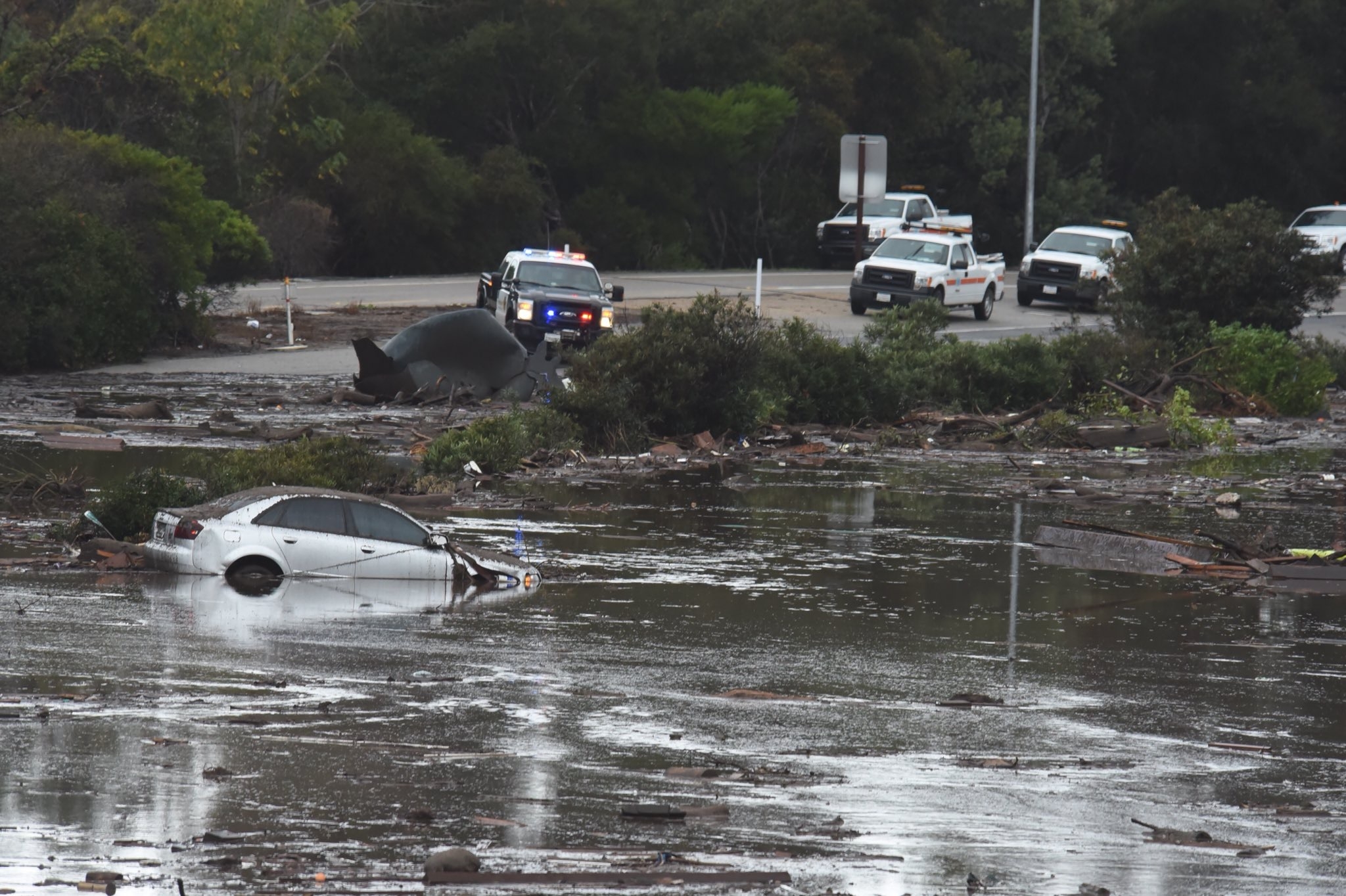 The U.S. 101 Highway was closed early Tuesday morning as mudslides and flooding made driving nearly impossible in locations such as the Olive Mill Road overpass. Courtesy of Mike Eliason

U.S. Route 101 is closed from the State Route 126 junction in Ventura to South Milpas Street in Santa Barbara due to mudslides caused by Tuesday morning’s storm, according to Caltrans.

Students should contact professors directly if they are unable to reach campus to take their finals because of the road closures, said Deborah Karoff, executive director of Student Affairs Planning & Administration.

Trains 768 and 774 that run between San Diego and San Luis Obispo were canceled Tuesday morning with no train services between Oxnard and Santa Barbara, according to Pacific Surfliner.

The storm has caused 13 confirmed deaths in Montecito. Flash flood warnings will remain in place for areas burned by the Thomas Fire until 2:45 p.m., and heavy showers are forecasted for the area, according to the The National Weather Service.

State Routes (SR) 150 and 33 are also closed due to mudslides in Ventura County. SR 150 is closed from SR 192 to Santa Ana Canyon Road. SR 33 is closed from the southbound connector to northbound U.S. 101.

Interstate 5 is also closed to northbound traffic from SR 118 in Los Angeles due to a traffic collision.

Interstate 5 was reopened later in the day on Jan. 9, but Highway 101 continues to be closed until Thursday night.