The Internet’s favorite boy band just solidified themselves as a hip-hop powerhouse and cultural force. Brockhampton released the third installment of their Saturation trilogy no more than seven months after the first gave them passionate fans and critical acclaim.

They open up Saturation III like a frenetic cartoon intro. The soundscapes are vibrant and colorful, bouncing off walls and breaking your grandmother’s vases. “Boogie”’s blaring saxophones, driving bass and revving synths provide the perfect backdrop for all of the collective’s go-to vocalists to introduce themselves as the zany characters that will entertain you for the duration of this broadcast. I can practically see their brightly-colored names flashing by as they each deliver bite-sized verses even catchier than your average radio-ready hook.

Brockhampton set the tone for an album whose dynamism would distinguish it from both Saturation and Saturation II. On Saturation III, the verses are much less predictably sized and layered. With the exception of Ameer Vann’s use of a sauntering, pause-heavy, one-two flow, Brockhampton restrains themselves from leaning on devices in danger of becoming tired gimmicks. The chipped vocals that appear frequently on the group’s material and are most apparent on Saturation’s “Fake” and Saturation II’s “Jello” have almost died out. In fact, Kevin Abstract’s are the only vocals that undergo digital pitch manipulation on this album. The man is a hook machine. Since he’s all over the project supplying refrains and bridges as well as verses, it only serves to benefit the diversity of Brockhampton’s sound. 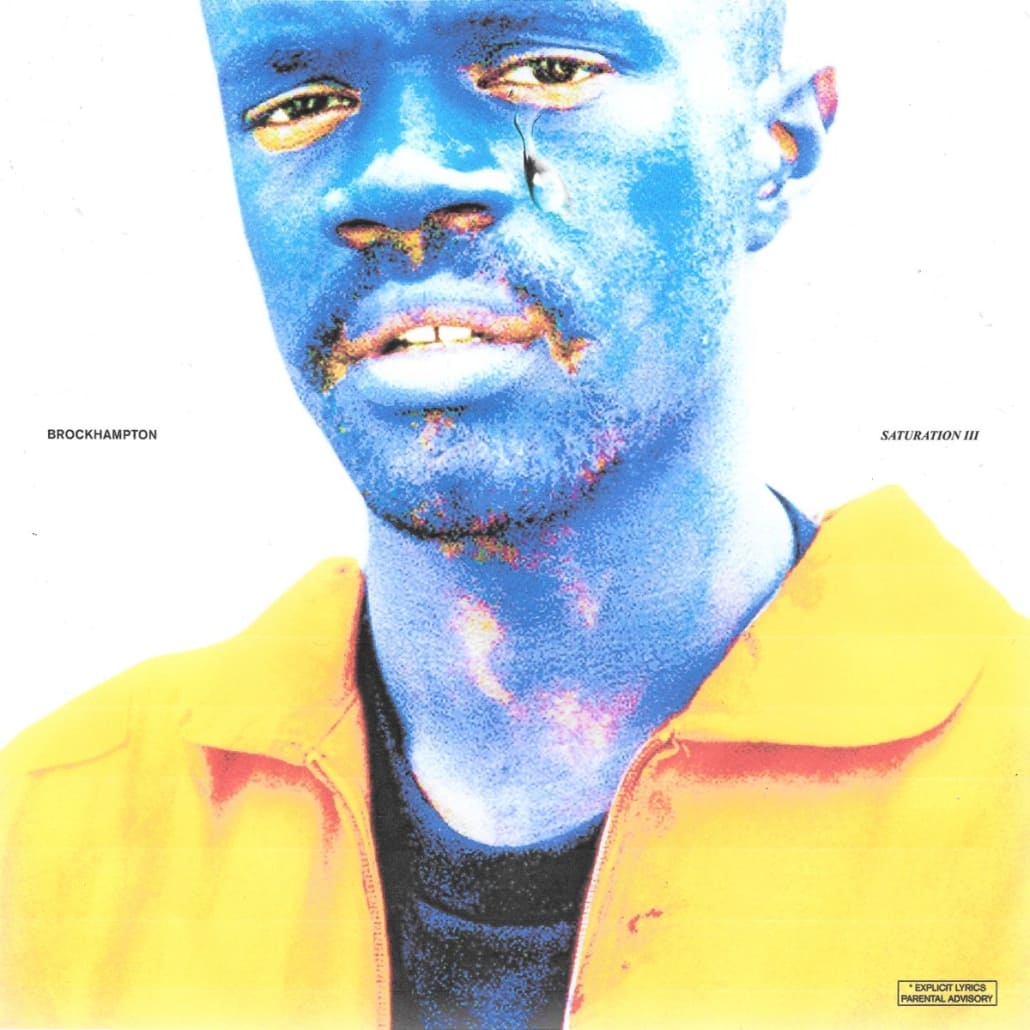 This is most clear on the epic six-minute journey “Sister/Nation.” The song has seven members with speaking roles, but it sounds like there’s a dozen. And there are at least five beats in it! And no, “Sister/Nation” is not even close to sounding like an unlistenable jumble. It’s actually the best song on Saturation III and arguably the best song the group’s put out as of yet. In it, they maneuver a toggling transition from untethered insanity to understated meditation so expertly as to tell a story of internal conflict, external pressure and defiant ambition.

In this song alone, production borrows from industrial, psychedelic, electro and pop music. The whole album sports an eclectic set of influences. “Hottie” is about as close to mid- to late-2000s indie pop a hip-hop group can sound without literally being MGMT. They translate that synthy, dancy music to modern hip-hop, and the result is a soft-hearted tune inseparable from the angst of the restless discomfort of childhood. It’s a song where Merlyn Wood can rap “Man, I wish I had a rocket/Wish I ain’t feel microscopic/Wish my thoughts was telepathic” and you can feel yourself melt a little.

The soul and flow of R&B infects the tracks “Bleach” and “Rental.” You can even catch Matt Champion singing on “Rental.” This is the same Matt Champion whose low-key persona and laid-back delivery is probably the most fitting for Brockhampton’s predominantly West Coast rap sound, and he’s actually a good singer. His pre-chorus and bridge provide a sexy and sleek quality that makes “Rental” what it is: a glossy and smooth piece of pop rap. It makes me wish he would sing more. And maybe he will — Brockhampton has already announced the 2018 release of their next album, Team Effort, which is ridiculous.

Brockhampton just doesn’t stop. Their first three albums sound like no one else’s, and all of them are among the best rap albums of 2017, so Brockhampton may not remain on the periphery of mainstream rap for much longer. Their every facet is in-house: production, record label, merchandise, advertising, touring management, etc. In 2017, they made and released thirteen music videos and a short film. Brockhampton may very well be the leading figures in the next era of hip-hop. Rappers and entrepreneurs who grew up on Kanye West and Lil Wayne were raised by the Internet when they were forgotten by everyone else around them.

Brockhampton met on an online forum for Kanye West fans, and they all moved from Texas to a house in L.A. together to foster an environment of unbridled creative energy. They’re a grassroots boy band. And to say they are the boy band heirs to the throne last held by One Direction (which they say a lot) is to say they are the end of one era and the beginning of another. Whatever that era is, it’s about the Internet. It’s a discussion as diverse as its members and as free as their imagination.

Bleach is the best song on the album my man. Then Boogie/Zipper/Hottie is after. Sister/Nation is great, but def not the best song.