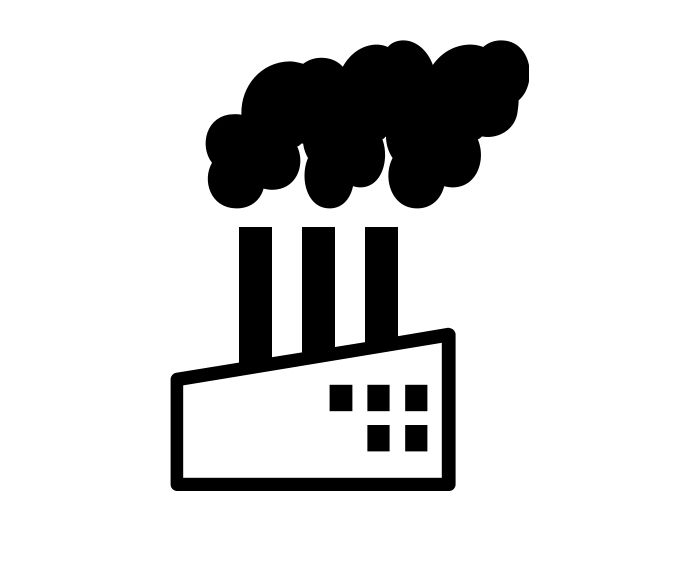 According to Meng, the results suggest that if we are to reduce climate losses on manufacturing output, adaptation measures should not focus solely on reducing the sensitivity of workers to extreme heat, but also that of factory machines./ Courtesy of the Noun Project

“Previous work has largely focused on how climate change may affect economic activity by lowering the productivity of workers,” co-author Kyle Meng, an assistant professor of environmental economics in UCSB’s Bren School of Environmental Science & Management and the Department of Economics, said. “It is well-documented that when it’s hot, people work less productively.”

What motivated their study was the fact that the design of climate change adaptation policy requires an understanding of the mechanisms responsible for these temperature-driven output losses. If the problem is costly factor reallocation, adaptation investments should focus on lowering factor adjustment costs. If temperature is directly related to productivity, investments should prioritize reducing the sensitivity of productivity to temperature.

To find the mechanism responsible, the researchers began by conducting the first joint empirical analysis of temperature effects on total factor productivity (TFP) and factor inputs and output using firm-level data. Specifically, they estimated the effects of temperature on manufacturing activity using year-to-year variation in a firm’s exposure to the annual distribution of daily temperatures.

“In one particularly striking result, we separately examine temperature sensitivity between low and high-tech industries in China,” Olivier Deschenes, a professor of economics at UCSB, said. High-tech industries include those that produce medical supplies, aerospace equipment and computer equipment. “We typically think of these sectors as being capital-intensive with indoor production facilities that tend to operate with air conditioning. We find that these industries are just as sensitive to extreme temperature as low-tech industries.”

According to Meng, the results suggest that if we are to reduce the negative impact of climate change on manufacturing output, adaptation measures should not focus solely on reducing the sensitivity of workers to extreme heat but also that of factory machines.

Examining TFP allows the researchers to look at the combined effect of labor and capital productivity. High temperatures could reduce labor productivity by causing discomfort, fatigue and cognitive impairment in workers.

“More broadly, our paper introduces a new cost of climate change that hasn’t been documented before,” Meng said. “China is already doing a lot to reduce its emissions. These existing policies were put into place even without this new evidence on manufacturing sector losses. Given the importance of manufacturing for China, we hope our findings will help lead to more stringent Chinese climate policy.”

Do you know what else will decrease Chinese manufacturing efficiency? Over-leveraged assets which result in financial implosion, opaque numbers provided by The Party, and a corrupt Communist command economy.