The Daily Nexus
News
SoCal Edison Says UCSB Will Not Have a Scheduled Power Outage Wednesday
December 6, 2017 at 8:00 pm by Maura Fox 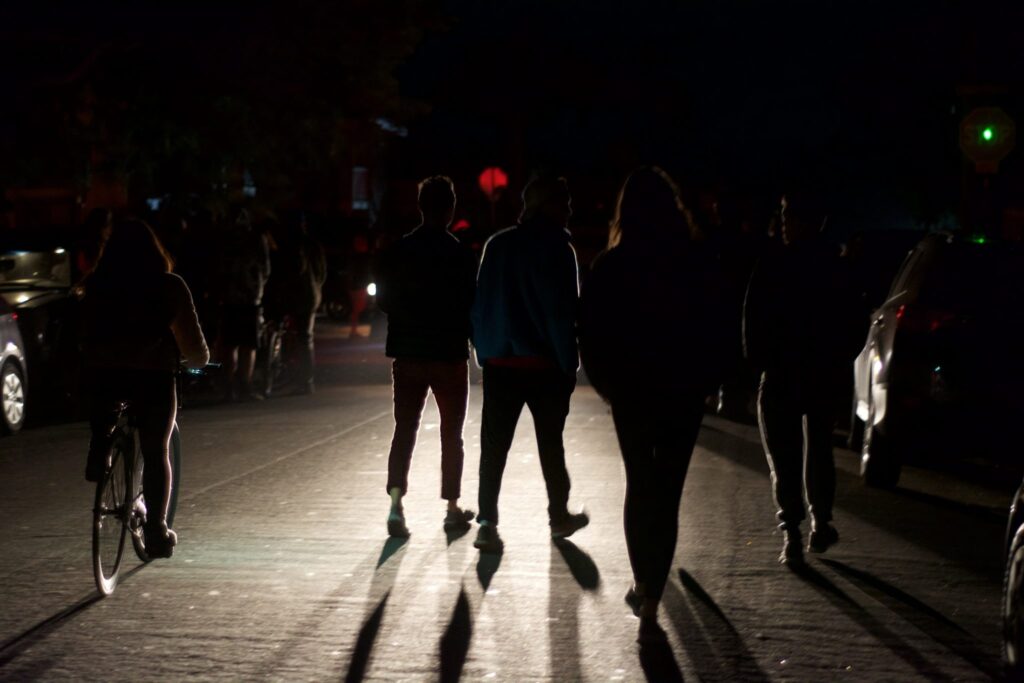 Students are circulating rumors of a scheduled power outage in Isla Vista on Wednesday, but Southern California Edison (SCE) says UC Santa Barbara will not be affected.

SCE plans outages to maintain infrastructure throughout the year. Because of several wildfires in Southern California, SCE has been canceling many scheduled outages.

“I know we’ve cancelled quite a few of them over the last two or three days,” said Mary Ann Milbourn, an SCE spokesperson. “I’m suspecting a lot of them are not [going to proceed].”

Milbourn said SCE is canceling the outages because it needs to focus resources on infrastructure damaged by the fires.

“We need to divert our resources elsewhere. We can’t afford to be doing maintenance when [there are] emergency situations,” Milbourn said.

Isla Vista experienced a power blackout for approximately four hours on Monday night because of the Thomas Fire.

Thousands of I.V. residents rushed onto Del Playa Drive in response to the power outage while blasting music, setting off small fireworks and burning two couches, a mattress, one chair and a dumpster.

In an emergency, extreme wind conditions or unexpected consequences of the Thomas Fire could still cause a power outage.

Northeast winds are currently blowing at 10 to 25 miles per hour, and the Santa Barbara County Office of Emergency Management expects gusts between 30 to 40 miles per hour throughout the week until Friday morning. 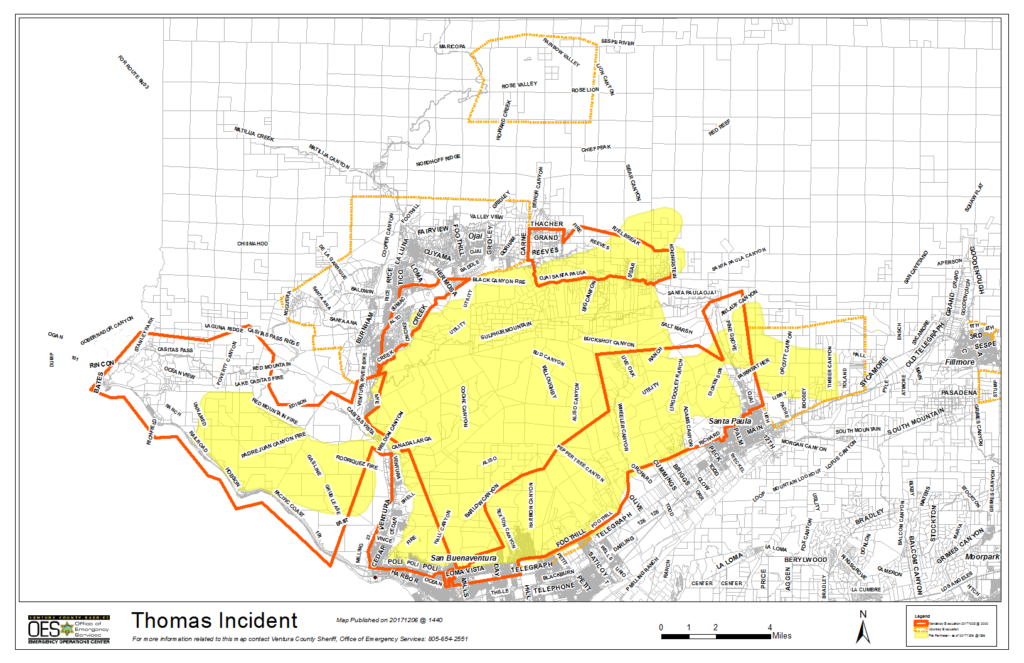 An updated map of the Thomas Fire from the Ventura County Police Department.

“If we get the winds that we’ve had, which are predicted later today, tonight and tomorrow, it could definitely move that way,” Zaniboni told Noozhawk on Wednesday.