The Isla Vista Tenants Union hosted a town hall Thursday evening to discuss problems between tenants and landlords and educate students about their rights when renting in I.V. 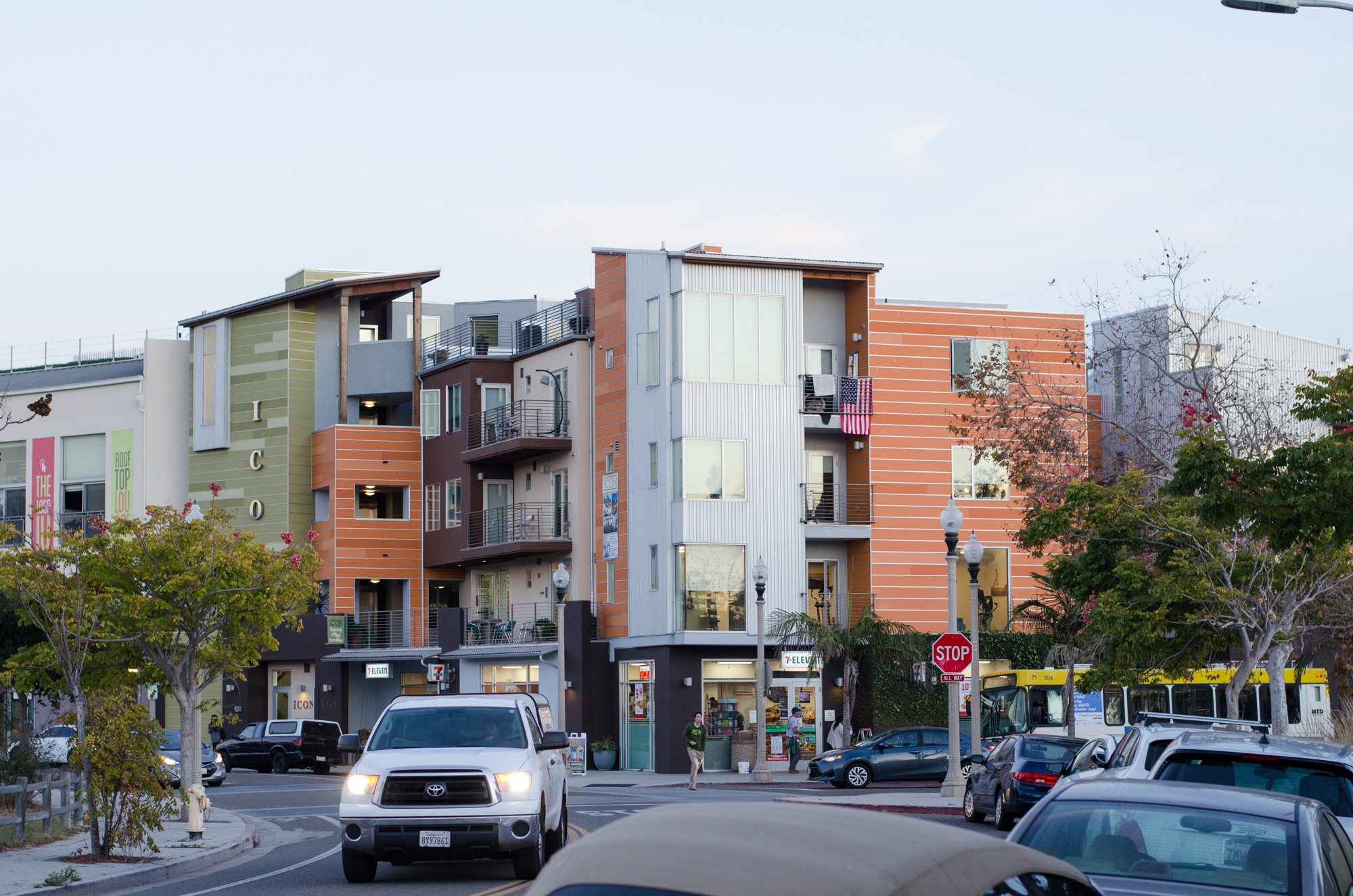 ICON apartments is a popular apartment complex in Isla Vista. Tenants brought their issues with renting in I.V. to the I.V. Tenants Union’s town hall. Will Tran / Daily Nexus

Daniel Renteria, chair of the I.V. Tenants Union (IVTU) and a fourth-year political science and communications double major, led the town hall in the Community Room of the I.V. Neighborhood Clinic building. The majority of the students present were Associated Students (A.S.) senators who spoke of their own issues with I.V. landlords.

Several tenants expressed frustration about communicating with their landlords, citing incidents where their landlords had not responded to repeated emails or texts.

Ron Perry, A.S. Legal Resource Center Staff Attorney, said that physical correspondence like “snail mail” is still the best way to communicate with landlords in the event of an issue, because some judges “still have a hard time with electronic communication” in court.

He added that students should “always document” any communication that happens between themselves and their landlords.

Anthony Pimentel, an A.S. off-campus senator and third-year political science major, said he has had disputes with his landlord in the past over getting his full security deposit back.

“We’re only expecting a few hundred at worst to be deducted from our security deposit for average wear and tears,” he said.

Pimentel said he was charged “outrageous prices” for carpet replacement, as well as for appliances and paint jobs throughout the house that had already been worn down before they moved in. He said he photographed these before moving in.

Perry encouraged students to check landlords’ previous court disputes before signing a housing contract and to take pictures of the condition of the house before moving in like Pimentel had done.

Renteria said that issues between tenants and landlords arise when students rent from “a few large corporations and multi-millionaire landlords” that “have overstepped their legal boundaries.”

Some students in attendance expressed concerns about the lack of carbon monoxide detectors and fire alarms in their apartments, as well as issues with returns on security deposits.

Landlords are required to have carbon monoxide detectors in apartments and failure to do so is in violation of California law, Perry said.

“If you convince the judge that your landlord knew about his obligations under the law and just plain didn’t do it, you could get three times your security deposit back,” Perry said.

Spencer Brandt, a third-year history of public policy major and I.V. Community Services District (CSD) board member, said that landlords are often aware that their tenants are first-time renters and do not know their legal rights before renting in I.V.

“Many of these [landlords] are large, out of town housing conglomerates who provide little-to-no customer service to their tenants,” Brandt said.

The I.V. CSD began discussions for the creation of a landlord-tenant mediation program last Tuesday but have yet to make a final decision.

“The Isla Vista Tenants Union strongly believes that not a single person should endure abuses in any form or shape,” Renteria said, reading a statement from IVTU.

Perry held a question and answer session after the meeting for students who needed specific legal advice and advised students to come to the Legal Resource Center before renting in I.V. so that they are fully aware of their rights as tenants.

The center is located on the second floor of the Pardall Center in Isla Vista and is open Monday through Friday from 10 a.m. to 5 p.m.

IVTU plans to hold a second town hall during the end of Winter Quarter to further help “reconcile differences” between landlords and tenants, Renteria said.

I recall, in the mid 70s, renting in an 8 or 6 unit building that was owned by a couple of fire fighters. What little vegetation we had outside was trimmed and the parking area was cleaned up weekly, by the guys. And, if we were home, they would knock on the door and ask us if anything needed to be repaired. When we moved out, after they inspected the place, they thanked us for keeping it so clean. So, I’m guessing that doesn’t happen anymore.