The Daily Nexus
News
July 2017 Whittier Fire May Have Effect on Lake Cachuma Water Quality
November 30, 2017 at 12:13 am by Melanie Voskanian

The Whittier fire that burned through Santa Barbara County in July could have a lasting detrimental effect on the water quality in Lake Cachuma, a main water source for the county. 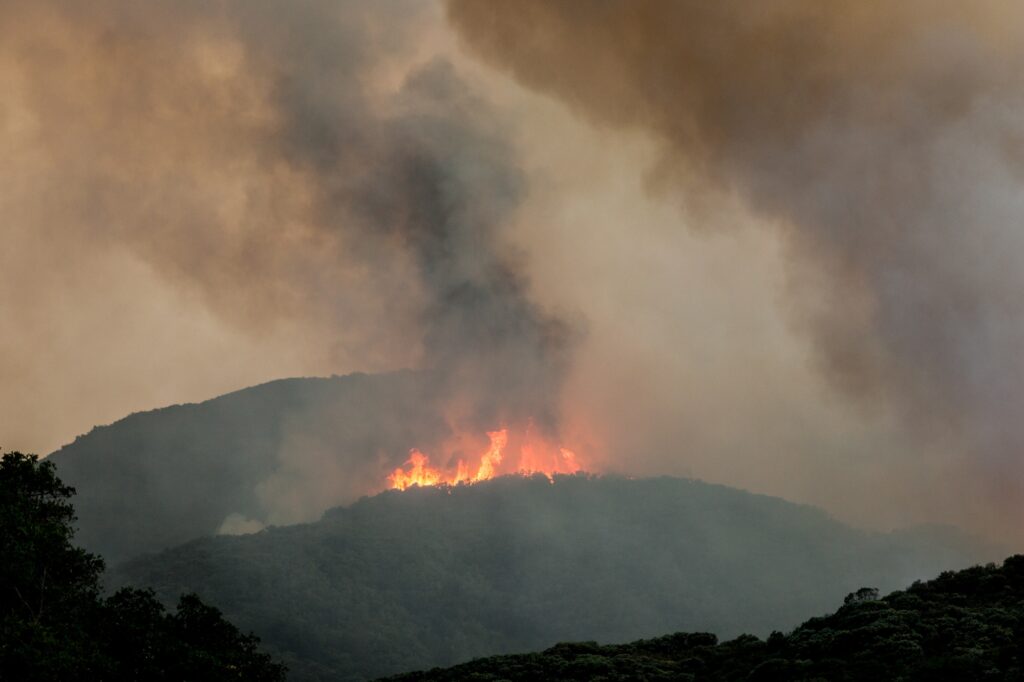 The fire, which burned thousands of acres in the Santa Ynez Valley, left ash and burnt vegetation that could wash into the lake. Heavy rainfall could further pollute the lake because the lack of vegetation has created loose sediment, resulting in a mudslide hazard.

Increased sediment flow into the lake presents a challenge for water filtration and treatment, Crease said.

She said water purveyors are planning to use alternate water sources if Lake Cachuma’s water becomes too difficult to treat in the winter.

The conditions surrounding Lake Cachuma create “significant concern” about the water quality because of the potential for sediment runoff into the lake, Matson said.

He said risk factors that could affect the water quality include the severity of the wildfire burn, steep terrain, erosion and the proximity of the burn area to the watershed.

Although the rainy season has not yet begun, Lake Cachuma has already faced several environmental challenges in recent years, Matson said.

“Winter rains in 2017 resulted in the submersion of this vegetation, which is now decaying underwater … leading to deteriorating water quality,” Matson said in an email.

Lake Cachuma’s water supply has since recovered, rising by 24.5 percent in one week earlier this year, the Nexus reported in February of this year.

As of Monday, Nov. 27, Lake Cachuma is at 39 percent of its water storage capacity, according to data from the Santa Barbara County Flood Control District.

Past fires in the area, including the Rey fire that occurred in the summer of 2016, have also detrimentally affected Lake Cachuma’s water quality. Matson said even the 2007 Zaca Fire that burned through the Lake Cachuma area has left residual effects on the quality of its water.

A version of this article appeared on p.4 of the Nov. 30 print edition of the Daily Nexus.