The Daily Nexus
Sports
How Do the Latest Big West Changes Impact UCSB?
November 30, 2017 at 5:05 am by Jorge Mercado 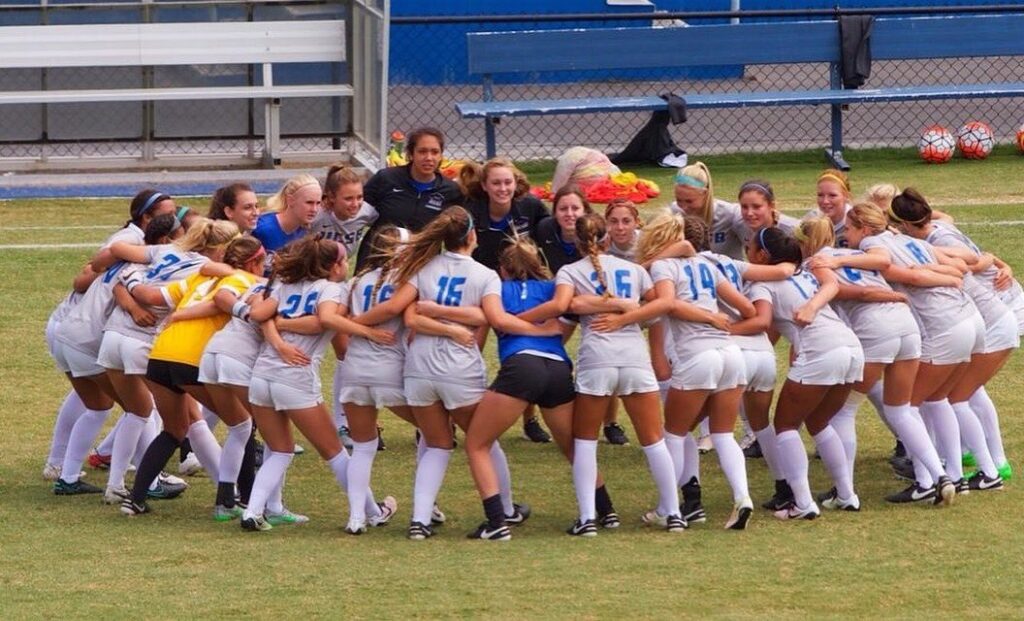 On Monday, Nov. 27, the Big West held a press conference around mid-day to confirm the addition of two new programs, UC San Diego and Cal State Bakersfield, to the league, which is now up to 11 total teams.

While this is good news for both universities and the commissioner of the Big West, Dennis Farrell, there is a question of how this will affect UCSB.

Without a doubt, this was a huge move for UCSD. In 2010, the school failed to get membership into the Big West because students rejected a referendum to increase student fees to support the athletics program.

However, in May of 2016, a referendum along the same lines passed, setting the stage for the Tritons to become a D-I program.

Initially voted down by the Big West members in April of this year, losing the vote 5-4, UCSD was able to get in on the second try with a 9-0 vote.

UCSD will join the conference in the 2020 season and will then begin a four-year reclassification period, which means they can’t compete for championships due to them jumping from D-II to D-I. It will become a full member in 2024.

Many have speculated the difference this time around was CSUB’s invitation to join the conference, which allowed for an equal amount of UCs and CSUs in the Big West Conference.

For Cal State Bakersfield, this move was by far a no-brainer. Currently, apart of the Western Athletic Conference (WAC), CSUB has to travel a lot to face their conference opponents such as schools like New Mexico State, Seattle University, Chicago State, Utah Valley and more that were just out of their way.

Nine of the teams in the Big West Conference are all in the same state, California, which will help them save money on travel costs.

Since it is already a D-I program, CSUB will become an official Big West member in all sports in 2020.

UCSD and CSUB will probably find a very happy life in the Big West just as UC Davis did when it joined back in 2003.

However, the bigger question is how will this affect UCSB and the sports programs found here on campus?

The short answer: This is not a move that will help UCSB in any way.

While the two schools might be able to help the Gauchos in smaller sports such as men’s water polo or men’s volleyball, they won’t be a big boost to the sports most fans and alums care about: soccer, baseball and basketball.

CSUB has been improving in men’s basketball, winning the WAC title the last two seasons and making a decent run in the NIT last year, but it’s not a school that the Gauchos will benefit from having on their schedule — not yet.

If they continue the trend, then maybe down the line this could become a great game that will draw many fans, but as of right now, I doubt UCSB students will be geared up to go to a CSUB game.

Again, CSUB is not a bad addition that will hurt UCSB due to its winning ways the past few years, but its jump to the Big West will also show if those winning seasons were due to them being in a less competitive conference or not.

For comparison reasons, UC Davis barely won their first Big West Tournament title this past season and while they are in the right direction, before last season they only had one winning campaign in their first 12 years of Division-I status.

These two additions will also not move the conference up the RPI ladder as a whole either.

In baseball, the Gauchos are already in a peculiar position in that if they don’t win their conference, then their road to a postseason regional match is already up in the air.

It comes down to who they schedule and beat in non-conference play because, as it stands, the Big West conference is not seen as deserving of more than one team sent to the postseason.

It has routinely sent more than one team in the past, but it has not always been easy and in fact, the Gauchos missed the postseason in despite going 34-17-1 because their RPI was not up to snuff.

Again, CSUB does not help this problem. It also doesn’t help that last year’s conference RPI has the Big West in eighth while the WAC was in 25.

UCSD has been a big factor in D-II college baseball, but a move to D-I will be a difficult one, and while some teams have managed to build a contender in a short amount of time, it will still be a tough road for the Tritons.

The same problem goes for other big sports such as soccer.

The problem with adding CSUB isn’t that you are adding a program that is horrible across the sports landscape, it’s that you’re adding another average team to a conference that could use a big name to help propel its status.

As it stands right now, the addition of these two teams doesn’t help UCSB. But, if down the line CSUB is able to continue their success in sports such as basketball, baseball, etc. and help renovate some of their stadiums, which it hopes to do with the money it saves, then maybe they could help get some more exposure for a conference primarily now made up of California teams.

The same goes for UCSD once they become a full-fledged member.

The bottom line for UCSB, however, is simple: it has to capitalize on this conference and start becoming the team that dominates it, especially in these bigger sports. For most successful mid-majors like Gonzaga in men’s basketball, they aren’t in tough conferences either, however, it’s the way they dominate their conference that gives them notoriety.

The Big West, even with these two additions, is still a conference that can provide some quality teams. But if UCSB can become the team that dominates in year in and year out, then it won’t matter who is and who is not added.