The Daily Nexus
UC News
UC Seeks Fellows for Dialogue on Free Speech
November 16, 2017 at 1:58 am by Rachael Grand

The National Center for Free Speech and Civic Engagement is currently accepting applications for fellows to further the discussion on issues related to the First Amendment and civic participation. 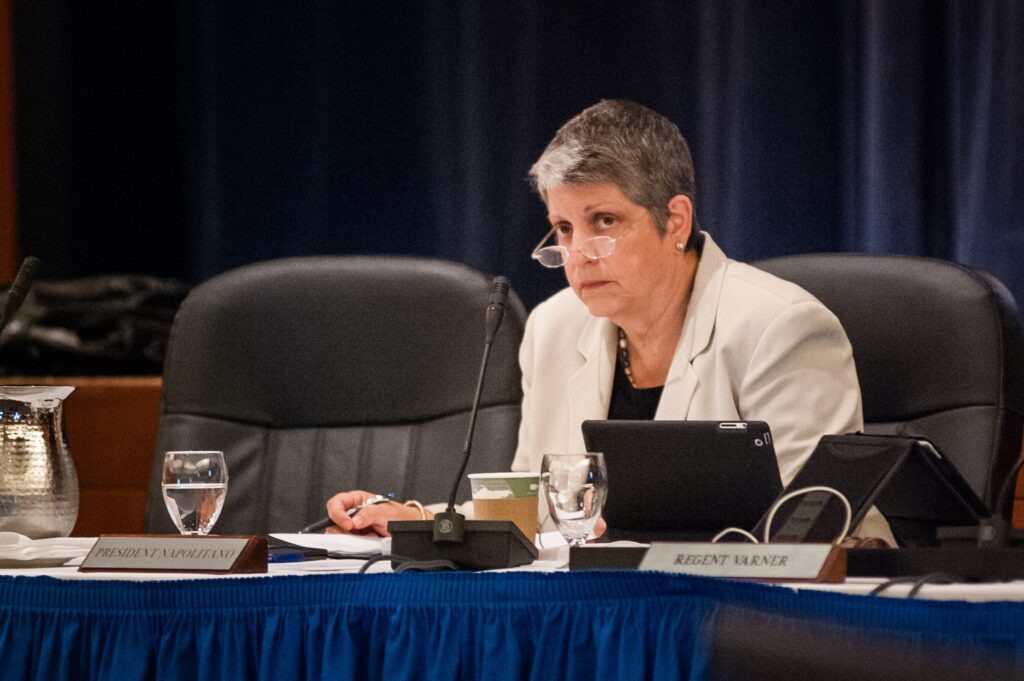 Eight fellows will be selected and applicants will be chosen to be a fellow by the center’s advisory board, after which they will begin their one-year fellowship in Jan. 2018.

A press release by the UC Office of the President said the fellowship program is the core of the UC’s recently announced National Center for Free Speech and Civic Engagement in Washington D.C.

The center aims to explore the issue of free speech on college campuses and American society as a whole.

Claire Doan, director of media relations for the UC Office of the President, said the center is open to applications from everyone, but that they are specifically looking for established individuals in their respective fields.

These include policy thinkers, legal scholars, social scientists and journalists who will be expected to use the opportunity to shape the national debate over free speech.

The application, which is due on Dec. 11, requires a resume, a personal statement of 500 words or fewer and an outline of a research or project proposal, according to the press release.

As part of their fellowship, fellows will engage with UC students at its Washington Program and spend one week in residence at one of the UC’s 10 campuses, according to the press release.

Doan added that the UC will provide a $20,000 stipend to each fellow and that fellows do not need to be based in Washington, D.C. However, they must be able to travel to some events held at the National Center and to the UC campus to complete their residency.

In the press release, UC President and Center Chair Janet Napolitano said the first group of fellows will be at the forefront of “fostering and broadening civil discourse.”

In order to explore these free speech issues, fellows will conduct research or develop a project to advance the freedom of expression.

This could take the form of creating a toolkit for campuses, a student app or a published paper, the press release said.

“For the fellows, this is an opportunity to channel their expertise into advancing knowledge and discourse of the First Amendment and civic engagement,” Doan said.

In 2018, the center will hold a national conference where the fellows’ year-long projects will be presented.

The press release said that the purpose of the conference is to develop new approaches for educating students about the First Amendment’s role in American democracy.

A version of this article appeared on p.3 of the Nov. 16 print edition of the Daily Nexus

I’m glad that UCSB and the UC system are FINALLY showing some concern for free speech. I wish they’d listened to me in 2015 when I was the crazy free speech guy on campus. If they had listened to me and others like me who were blowing the whistle early, some of the recent crises at Berkeley might not have happened. But I don’t understand why we need an entire center dedicated to “the national debate over free speech.” There really is no debate. The First Amendment is the law of the land, and the historical case law about what… Read more »