The Daily Nexus
News
Edible Campus Program To Double Produce Output with New Farm
November 16, 2017 at 1:48 am by Hayley Tice and Rachael Grand

The Edible Campus Program hopes to break ground on a student farm by the end of the year, which would double the amount of produce grown by the program, a representative for the program told the Associated Students Finance and Business Committee on Oct. 30. 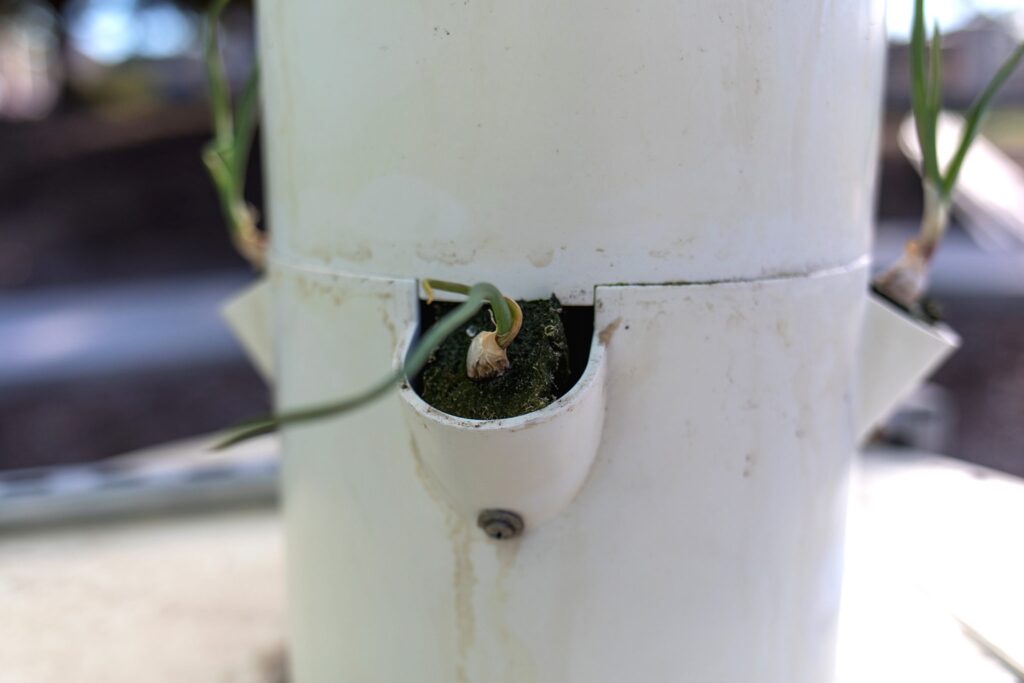 The Edible Campus Program started organizing in 2014 to address food insecurity on campus, according to sustainability coordinator Katie Maynard. All food grown by the program is collected and donated to the Associated Students (A.S.) Food Bank.

The program is a partnership between the Sustainability Department, the Food Bank and the Department of Public Worms.

Rodolfo Herrera, the A.S. Food Bank coordinator, said the program is important in an educational aspect and that the food bank appreciates it, but noted that it grows only a small fraction of his organization’s produce.

According to the program’s website, the Sustainability Department assists in tasks such as finding and securing funding, the Department of Public Worms does maintenance and harvesting and the Food Bank distributes the produce.

Kaitlyn Haberlin, the outreach coordinator for the Department of Public Worms, said the produce is collected approximately every three months.

The Edible Campus Program is currently working on three projects, all of which grow fresh produce to be distributed by the AS Food Bank and educate students about gardening.

They offer additional educational programming to students including field trips to local farms and workshops, such as their Growing Groceries workshop, and talks on urban gardening.

The program launched its first project, The Urban Orchard Project, in April 2015.  It was created to grow produce for students in need in underutilized areas.

The program has planted seven citrus trees in planters located in Storke Plaza since its creation.

Funding for these trees has come from the Johnson Ohana Foundation, UC President Janet Napolitano’s Global Food Initiative and the A.S. Environmental Affairs Board.

One was dedicated to the Offices of Enrollment Services and Admissions.

Located in the Recreation Center, these gardens grow plants without soil, using a mixture of compost tea and commercially-made nutrient mix instead.

According to the program’s website, they are more water-efficient than soil-based farming.

Maynard said the new farm will be about 13,000 square feet.  The program’s website specifies it will be located immediately north of the Orfalea Family Children’s Center at West Campus.

She wrote that funding for the program has come from groups such as the Lawson Valentine Foundation, UC Global Food Initiative, Johnson Ohana Foundation, individual donors, A.S. Coastal Fund, the Green Initiative Fund, the Student Fee Advisory Committee and the A.S. Finance and Business Committee.

According to Maynard, the farm was created so the program will be able to grow produce in larger quantities and varieties.

“We are also excited that the farm enables us to have more educational space where we can host events and workshops for students and the broader community,” she said.

The representative for the program told the Finance and Business Committee that they also hope to use the farm as a mental health space.

The Finance and Business Committee funded $10,000 dollars towards the Edible Campus Program’s new student farm at their Oct. 30th meeting.

One A.S. Senator, Anthony Pimentel, expressed concerns about the funding at this week’s meeting.

In a statement, he said the money could be used towards keeping the Food Bank open more days.

He added that there had previously been a similar farm that provided little food to the Food Bank.

Representatives from the committee will attend the Food Bank’s meeting on Friday to further explain their choice in funding the farm.

A version of this article appeared on p.3 of the Nov. 16 print edition of the Daily Nexus.