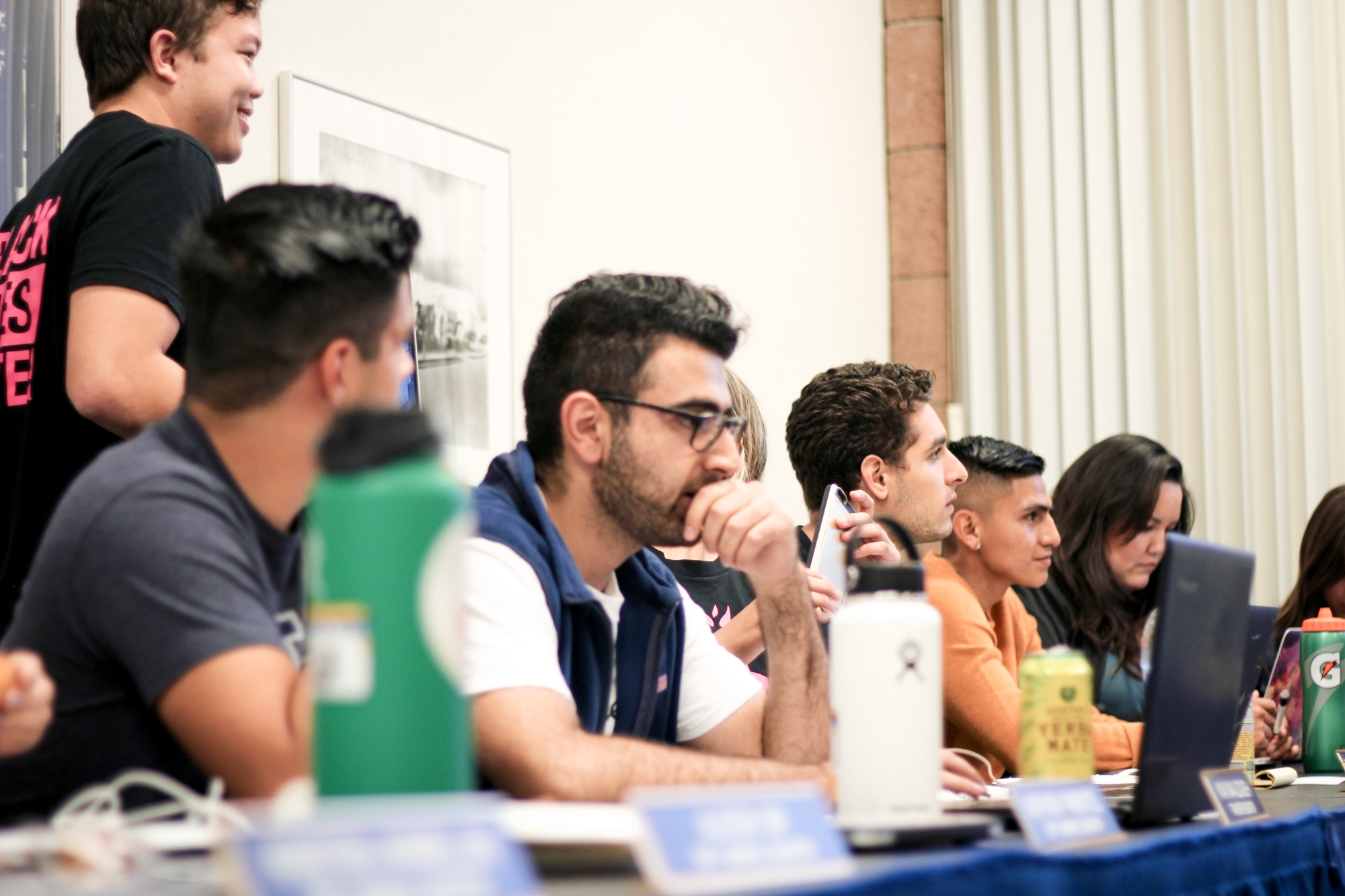 In the resolution, the Associated Students (A.S.) Senate recommended the I.V. Tenants’ Union (IVTU) hold a town hall meeting with tenants and property owners to discuss relations between tenants and landlords.

The IVTU plans to host a town hall meeting next Tuesday, Nov. 21, at 6 p.m. at the Community Room of the I.V. Neighborhood Clinic at 970 Embarcadero Del Mar, according to fourth-year Daniel Renteria, IVTU chair and one of the resolution’s student sponsors.

“Nobody should have to deal with this abusive behavior,” Renteria said at the Senate meeting.

“We support tenants rights to speak and organize against unjust housing conditions,” the resolution reads. “Housing is monopolized by a few large investment corporations and multimillionaire landlords who overstepped their legal boundaries.”

According to Santa Barbara County tax rolls from 2015, Gelb had a property value of $39.3 million. The Santa Barbara Independent’s analysis of the Isla Vista Recreation & Park District bedroom tax ranked him as the fifth wealthiest property owner in Isla Vista.

There are multiple videos and texts revealing altercations between Gelb and other Isla Vista tenants published online that are the “most troubling” to the Senate, the resolution reads.

Maalizadeh, a transfer senator and fourth-year biology major, said at the Senate meeting that he hopes the Tenants’ Union’s town hall can provide tenants and landlords a place to discuss their concerns and work to reach resolutions.

“This meeting is in light of Gelb’s comments, but can include other interactions similar to this from other landlords,” Maalizadeh said.

Renteria told the Nexus Wednesday that the Tenants’ Union has received complaints from tenants about Gelb and Del Playa Rentals.

He said if landlords or property owners harass or intimidate their tenants, he would advise them to “not engage” with their landlord’s actions.

IVTU created an educational campaign for Del Playa Rentals tenants after multiple complaints about Gelb and alleged violations of tenants rights came to their attention, according to the resolution.

Gelb has a First Amendment right to free political speech. Gelb comments were directed at an elected government official. Gelb’s comments concerned issues of governance. Gelb is doubly protected, since he not only has a right to free political speech, he also has a protected First Amendment right to petition his government. State Street and the downtown area of Santa Barbara are common locations for political speech in public places. On September 2, 2017, Salud Carbajal incited a group of people by engaging in hate speech against Donald Trump. A woman in the mob shouted out “F#*k that puto” referring… Read more »

Don’t take it too seriously. A.S. Senate resolutions mean absolutely nothing to anyone who is not in the A.S. Senate.

Amen. Generation snowflakes need to learn about true freedom. We have a right to our beliefs even if they are not in agreement with others.

I believe that is what the students did. They voted on a RESOLUTION (not issued a warrant or even handed out a ticket) based on their “right to their belief” about the abusive, but free, speech of (in my belief system) a degenerate.

To the above anonymous comment asking for a “moron filter”- The article contains a sentence about the D.A’s office filing charges against Gelb. it is perfectly reasonable for me, or anyone else, to comment on any part of the article.

Perhaps you have issues with quaint notions such as identity and equivalence?

It is perfectly reasonable (as you say) to comment on any part of the article.

But, it is logically inane to conflate what the D A decides to do with the contention that the snowflake/students are infringing on Gelb’s constitutional rights. The students do not have the power to do so.

Tanks for placing on bold display the basis for my plea for a moron filter.

Is this a case of a violation of Gelb’s federal civil rights/liberties? We all have a right to free speech. Malicious prosecution. Abuse of process. Do those 2 terms fall under any federal statute concerning federal civil right/liberty violations? Color of Authority?