About 20 students gathered in the MultiCultural Center Tuesday evening for a vigil honoring the victims of the Sutherland Springs, Texas shooting that took place on Sunday morning. 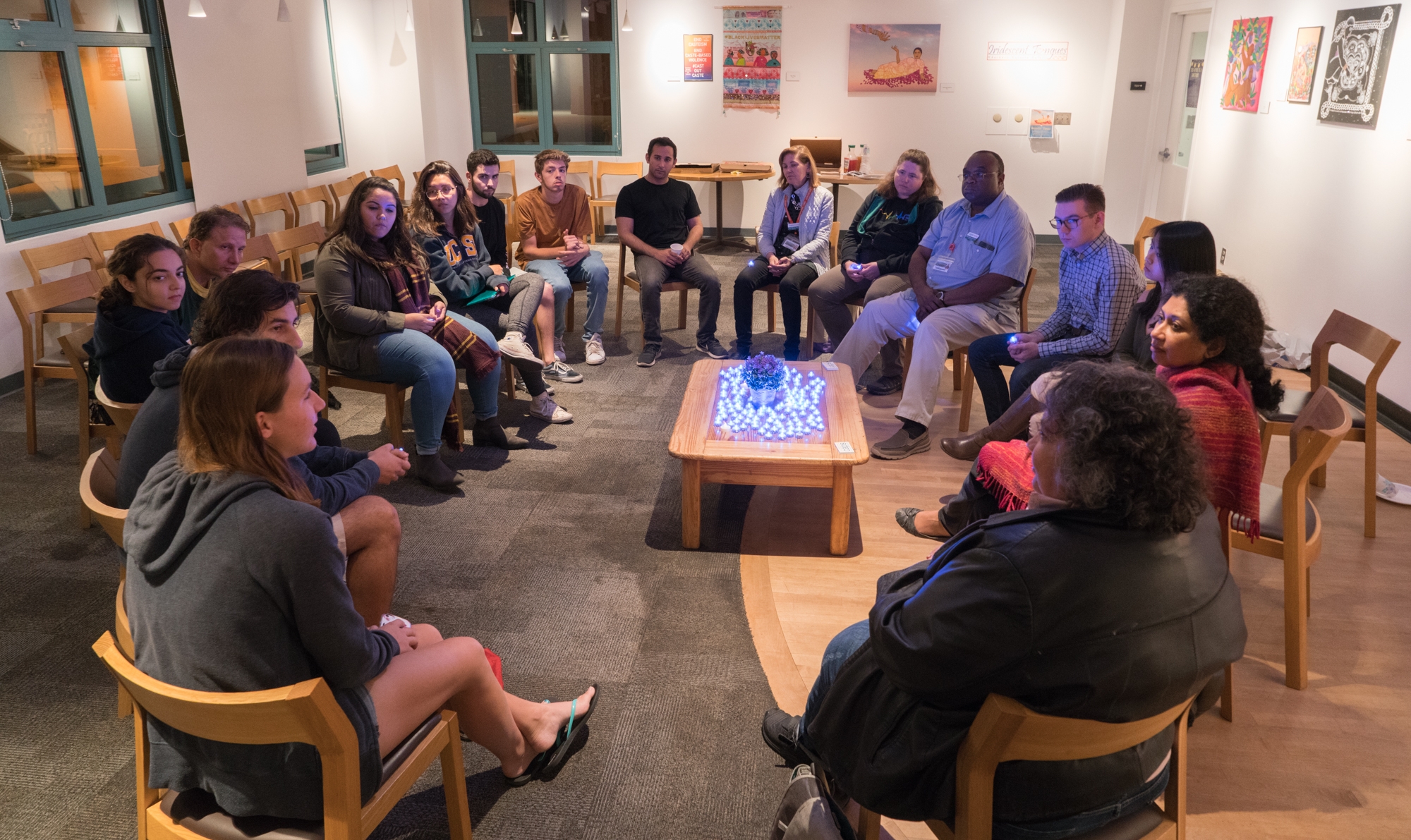 Spencer Brandt and Andrea Reyes hosted the event, “In Solidarity With Texas,” to give students and staff the chance to openly grieve with others.

A gunman opened fire at a church in Sutherland Springs, Texas on Sunday morning, killing 26 people and wounding 20 others.

Students and faculty sat around a collection of blue mini-LED candles during the vigil. A bouquet of purple flowers for the victims was placed in the center. UCSB students began using blue LED lights in 2015 to honor the lives lost in the May 23, 2014, Isla Vista shooting.

Brandt, a third-year history of public policy major and a director of the Isla Vista Community Services District board, said he proposed the idea for a vigil on Monday morning after more information about the shooting began to spread across news platforms.

“It’s really important, I think, to be able to hold space for people to be [able to] process these events when they happen throughout the nation and when they are brought up in the news,” Brandt said.

Associated Students (A.S.) Executive Director Marisela Márquez gave an opening remark about her personal connection to the tragedy because she previously lived in San Antonio, Texas, an hour away from where the shooting happened.

“It is odd to see your hometown through the television screen … it doesn’t have to be like this,” Márquez said, referencing the long-debated issue of gun control legislation.

“Many of us, including myself, read headline after headline, and it can feel distant,” said Kristin Hsu, a fourth-year Asian-American studies major and A.S. external vice-president for statewide affairs.

“Holding a space where people can share their emotions and responses encourages the UCSB community to seek support in times of need and to not be afraid in doing so,” Hsu added.

Attendees also discussed the wide availability of guns in the United States, the blame on mental illness for shootings and the stricter gun laws in countries such as Japan and Australia.

Director of UCSB’s MultiCultural Center Zaveeni Khan-Marcus also spoke about the prejudice that appears against members of the Muslim community when mass shootings happen in the United States.

Brandt spoke about the May 23, 2014, shooting in Isla Vista and said it is “easy to feel hopeless” when similar events take place around the country.

“The collective trauma that links from 2014 is a very real thing and it’s important for people to have a space to process that,” Brandt said.

“It’s important to mourn and heal over innocent lives lost together, especially when our community has been touched by similar tragedy and violence,” Hsu added. 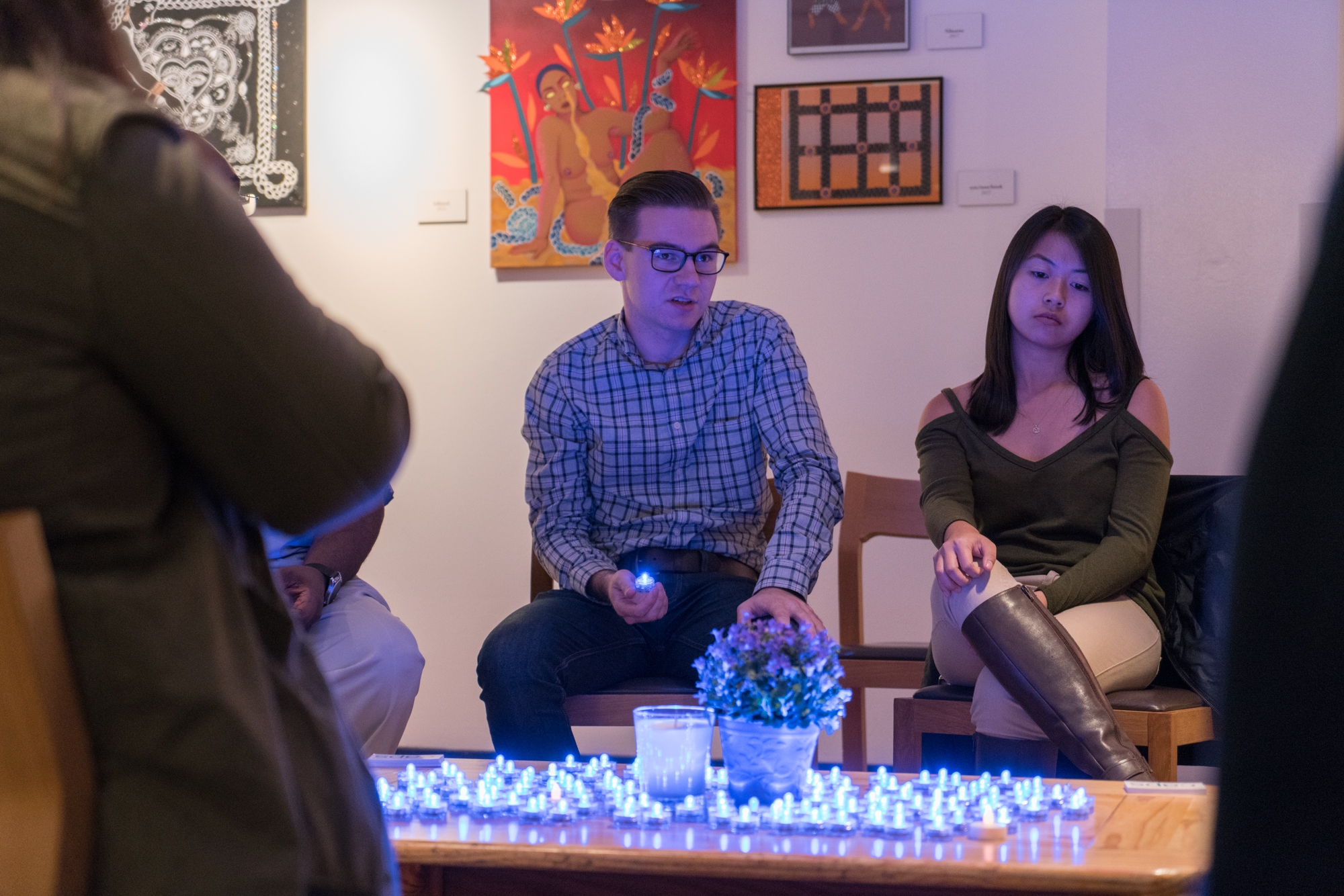 Vigil attendees also discussed the mass shooting in Las Vegas on Oct. 1 that killed 58 people. Students hosted a vigil for the shooting on Oct. 3 in the I.V. Love and Remembrance Garden.

“We decided [that] whenever students are gathered to mark significant issues on campus or in the country, we want to be there to support them,” Olowude said.

He added that there has been an increase in students coming to C.A.P.S. as a response to events like the Charlottesville riots in August and the recent California fires.

The vigil ended with a moment of silence for the lives that were lost.