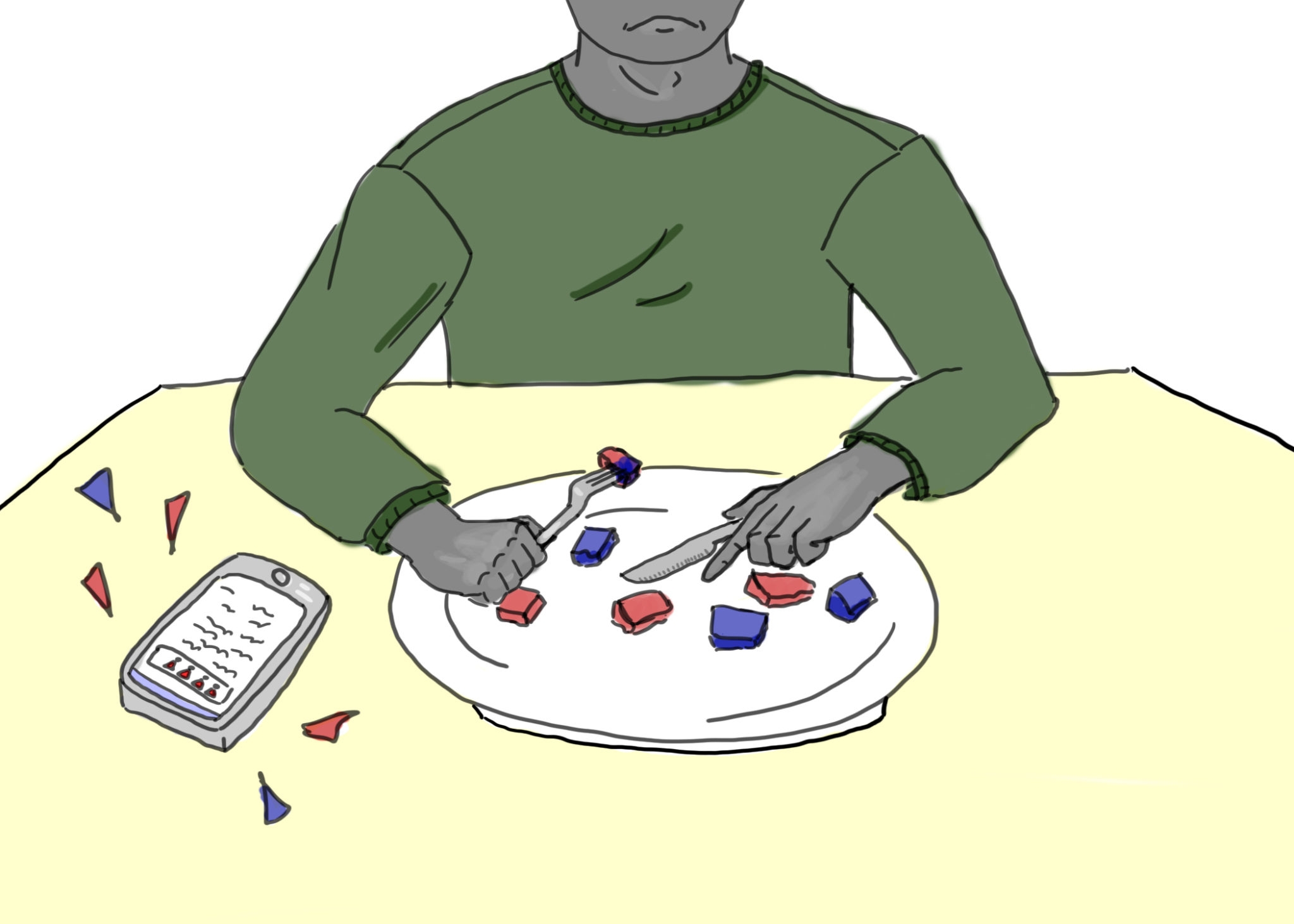 Recently, I’ve noticed a growing oversimplification of political discourse, especially on the internet. For the sake of mass appeal, political ideas are now best disseminated through memes and tweets. The bite-sized nature of social media acts as a filter for complexity. Its ubiquity conditions us to expect information to be instantly accessible. This leads readers who come across nuanced ideas to ignore key caveats and react with vitriol.

The problem lies not with hurt feelings but with what this means for the future of our political society. Its effects include the dumbing-down of political ideas to the superficial. This is to say if nobody can have a nuanced view of their own party or group to whom they might be allied, then all discourse boils down to the main planks for fear of social repercussions.

When nobody is talking to each other anymore, this will lead to full political stalemate.

For example, there is no, “campus assault is a terrible crime, but I think the administration doesn’t handle it the way that they ought to”. This statement becomes in the minds of many, “hi, my name is Thomas, and I approve of rape”.  This of course, leads to complex and sensitive topics from being discussed because nobody is willing to give opposing opinions or disagree with their own side. It doesn’t matter if one disagrees with the other side, because everybody else is doing that anyway. You can call them all Nazis or communists, nobody cares. When nobody is talking to each other anymore, this will lead to full political stalemate.

This political and social impasse stems, it seems, from our own human psychology. Pew Research has said that, Americans “values and basic beliefs are more polarized along partisan lines than at any point in the past 25 years”

On top of this, Mike Capaldi of the Public Affairs Council says that Social media believes that this trend could “possibly entrench our ideologies even deeper. We tend to congregate in social media and create an environment that is fortified by opinion and thought that pushes us further into our positions.”

Educational YouTuber CGP Grey explains the work of Jonah A. Berger and Katherine L. Milkman of the University of Pennsylvania saying that “thoughts are like germs… thoughts reproduce by us people sharing them (usually) on social media… Just like actual germs exploit weak points in our immune system, thought germs exploit weak points in our psychology, specifically, emotions”.

Grey goes on to say that once inside, it is the ideas that make their hosts feel stronger emotions compel their hosts to spread them much more than thoughts that deal with rational thought and anger is the most contagious thought germ.

This is why many people notice that trying to argue with people on the internet is like arguing with a brick wall.

In fact, the American Marketing Association finds that articles that make people angry are 34% more likely to be shared to other people, and those same people are 34% more likely to share them with others as well, creating and sustaining one long vicious cycle. So, if the posts that make people angry are the most likely to be shared, it is plain to see how this could lead to the internet being filled with angry people being outraged and sharing the culprit of their rage on social media, where the same thing will provoke other people share it, thus continuing the cycle.

This might all be perfectly concerning, but the real problem lies with the effects of large social groups. According to Berger and Milkman, when opposing groups become larger, for example, (democrats on one side of an issue and republicans on another) they don’t argue against each other so much as they argue amongst themselves about how terrible they believe the other group to be. Each group becomes its own isolated corner of the internet that shares their ideas about the other. These groups, having made caricatures and strawmen of the opposing side, become tribalistic—that is, there becomes an accepted narrative among the members and allies.

This is why many people notice that trying to argue with people on the internet is like arguing with a brick wall; no matter how many facts are offered with well-cited sources and sound logic, neither party is able to gain any ground. Further, talking to like-minded people might make one feel better but it does nobody any good to preach to the choir as they are already converted and their proverbial souls are already saved; nothing is being done to convince those on the other side who are the true prize.

This accepted view, of course must be simplified and watered down as to be appealing to the greatest amount of people. This is where nuance dies. Because of this tribalism, the “us vs. them” or “you’re with us or you’re against us” mentality, there is no room for subtlety. Anything disagreeing with the current accepted narrative is taken as an existential threat to the idea the group is committed to, the people they are committed to, and the group itself, regardless of what this opinion actually is.

This coupled with what must be a shortened attention span due, in part, to social media and a culture of bite-sized headlines and listicles, we are more and more predisposed register a negative emotion about what someone is saying and the reaction defaults to disgust. The different person in the group is seen almost like a cancer and rather than engaging with the idea presented, they attack like white blood cells to an infection.

It doesn’t take a social or political scientist to see that a country splitting further and further each and every election cycle cannot possibly be nurturing to a country.

According to Dr. Aaron Ben-Ze’ev of the University of Haifa, this may be explained by disgust being an emotion of fear of contamination and we as humans have a tendency to treat things that seem alike superficially are alike in a deeper sense as well. That is, things that seem disgusting but are not known to be, are treated as disgusting.

He goes on to say that when feelings of moral disgust are tied to topics like rape, (for the purposes of UCSB, we can translate to sexual assault in general—(torture, and genocide (translate to racism), “the disgust that is generated shares many of the attributes of hate since it also involves a profoundly negative attitude. In these cases, the object (or person) is not merely repulsive, but dangerous as well. It does not merely sicken us as in disgust, but is quite harmful to our well-being, as is the case in hate.”

Of the negative evaluation of others when we experiencing anger, hate or fear, Ben-Ze’ev suggests that this “stems from the fact that in some sense these people are dangerous to us: they may hurt us even if we remain quite passive; hence, we wish to punish them (as in anger), eliminate them (as in hate) or run away from them (as in fear).”

This would seem to explain why people not only tend to react violently against people who hold a different position than them but refuse to even consider their point at all. It also seems to account for why someone might choose to make a less threatening caricature of the other person’s view rather than confronting and honestly understanding what another person is saying, rather than putting their world-view at risk for the sake of truth.

Ultimately, long term social division is not good for society. It doesn’t take a social or political scientist to see that a country splitting further and further each and every election cycle cannot possibly be nurturing to a country. A nation can only take so much stress and a fracture can only handle so much pressure before it splits entirely. Likewise, there is anxiety that the country can only handle so much division and this level of polarization cannot continue indefinitely.

Brian Wheat wants the country to become less divided and discourse to return.