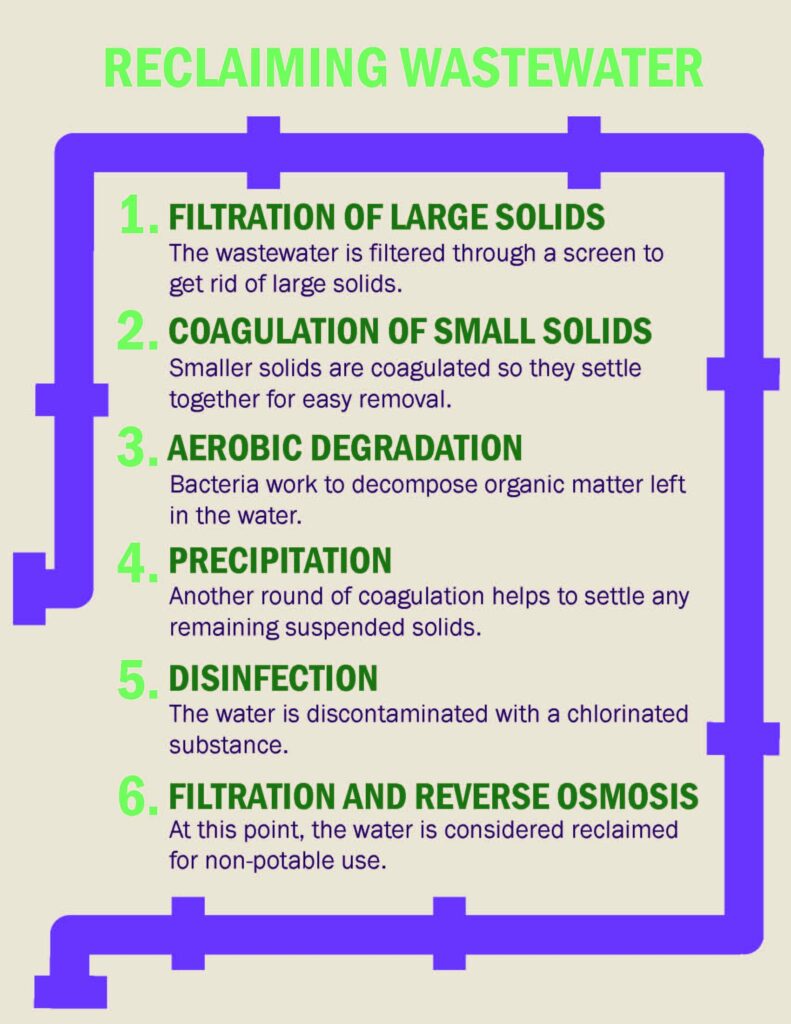 Rodney Gould, general manager of IVRPD, said parks are “critical” to the quality of life in Isla Vista, but suffered deeply during a six-year drought.

“During the drought, and with our water conservation efforts, park lawns and playing fields went brown and we lost dozens if not hundreds of trees and shrubs,” Gould said in an email.

IVRPD will begin the recycled water project by requesting proposals from engineers to draw plans for the project.

The plans will then move to the Santa Barbara County Planning and Development Department for approval.

During this process the district will apply for grants to fund the project. IVRPD will repeat the process to re-pipe the parks for the recycled water.

IVRPD began gathering funds for the project when Measure O passed in May 2017. The local ballot measure implemented a new property tax that adds an estimated $256,358 to the district’s annual budget.

Gould said he is “hopeful” the district can begin construction in the latter half of 2018, but said a start date in spring 2019 is “more realistic.”

“Using recycled water for irrigation directly offsets the use of drinking water, thus preserving it for the community,” Matson said in an email.

In addition, irrigation with locally recycled water saves energy by reducing demand for imported water from other areas, Matson said.

IVRPD’s recycled water project will add to recycled irrigation that already exists in the area.

According to Matson, more than 90 percent of UC Santa Barbara’s irrigation involves the use of recycled water.

The IVRPD Board of Directors approved recycled-water irrigation in its parks during an Oct. 12 board meeting.

The Board was concerned that the recycled water would be too expensive, but decided to move forward believing the project to be safe enough to proceed with.

Recycled or reclaimed water is wastewater that has gone through a series of filtrations and treatments until it is clean enough to be reintegrated into the water supply in some form or another.

According to Hugo Loaiciga, professor of geography and hydrology at UCSB, most of the reclaimed water in California is non-potable, or not safe for drinking.

Non-potable recycled water is used to irrigate landscapes and plants not intended for eating. IVRPD would integrate non-potable reclaimed water into its irrigation system.

Loaiciga said the process of reclaiming non-potable water begins with filtering raw sewage to remove large solids. Coagulants are added to condense smaller solids to aid removal of the material.

Aerobic degradation breaks down organic matter, and a chlorinated substance helps further decontaminate the water. A final round of filtration and reverse osmosis make the water ready for non-potable use.

“Our actions were guided by a sense of regional responsibility,” Gould said in an email.

Is this the best headline possible in light of the student who recently jumped from a park off the cliffs?