A male UC Santa Barbara student was transported to the hospital after colliding with a car on Monday in Isla Vista. 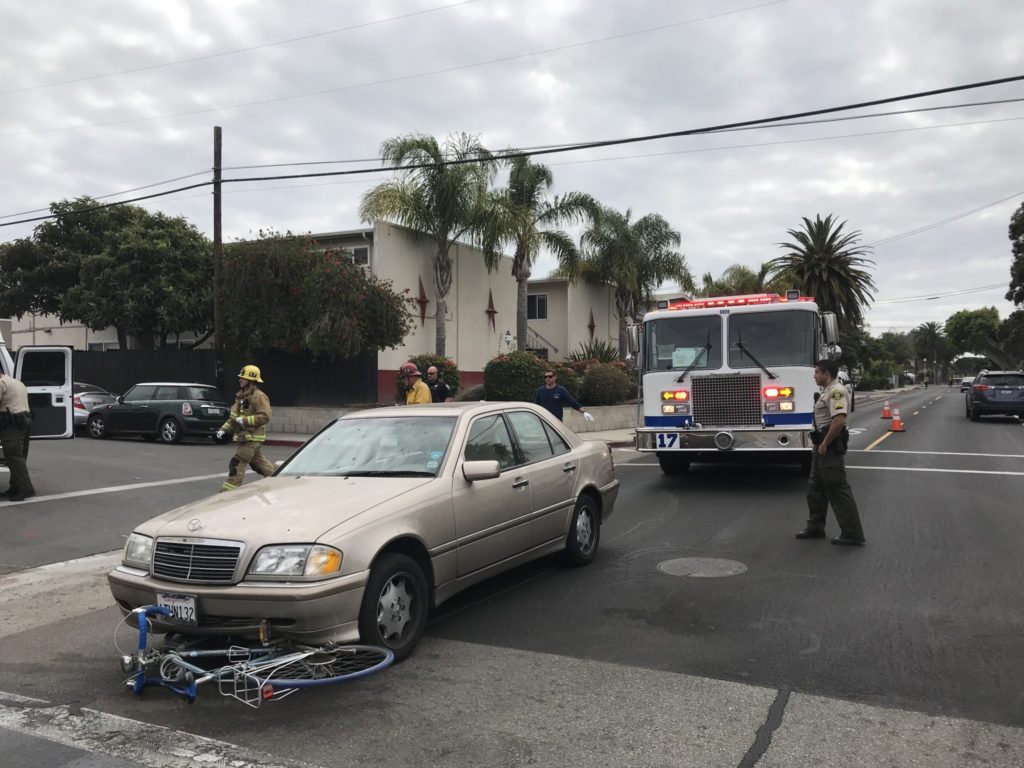 The accident happened at approximately 12:30 p.m. at the intersection of Picasso Road and Embarcadero Del Mar.

The student sustained minor scrapes and bruises, according to a Santa Barbara County Fire Department spokesperson. The driver of the vehicle was not treated for any injuries.

The California Highway Patrol and the Isla Vista Foot Patrol are currently investigating the cause of the accident.

That bike (& the rider) got dragged a LONG way! Just look @ the white scrape mark that starts just behind the rear driver side wheel. That’s from the pedal scraping the ground as the bike & rider were dragged.