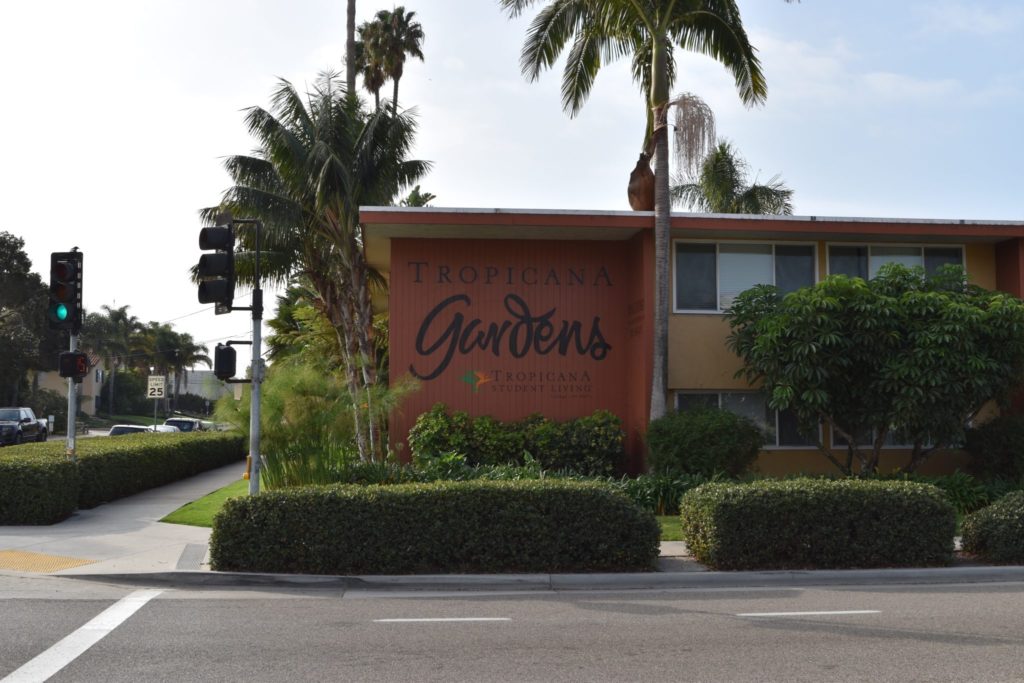 The UCSB Police Department is searching for a male suspect who attempted a burglary at the Tropicana Gardens apartments in Isla Vista early Monday morning.

Anthony McAllister, 20, is a first-year student and a former defensive back on the Santa Barbara City College football team. He is originally from Madison, Wisconsin.

McAllister was listed on the Santa Barbara City College football website Monday morning, but the listing has since been taken down.

This screenshot was taken from the Santa Barbara City College sports website at this URL: http://sbcc.prestosports.com/sports/fball/2017-18/bios/mcallister_anthony_9xmt. Reyes-Martin said the above image is a cached version of McAllister’s former listing.

According to Luz Reyes-Martin, SBCC spokesperson, a student named Anthony McAlister was no longer a member of the football team as of a few weeks ago. On the SBCC website, a removed football listing spelled McAllister’s name with two l’s. Reyes-Martin said a cached image of McAlister’s listing has since been removed.

UCPD responded to a report of an attempted burglary at about 1:00 a.m. on Monday at the Tropicana Gardens, an off-campus residence hall for UCSB and SBCC students.

McAllister was allegedly entering the building through a window, and residents told UCPD that he had been involved with previous thefts at Tropicana.

McAllister challenged residents to fight when they confronted him, according to UCPD, and pulled an “unknown object” out of his pocket. Residents told UCPD that McAllister then fled the apartment in an “unknown direction.”

Sgt. Rob Romero, spokesperson for UCPD, denied rumors that snipers were seen in the area, saying UCPD conducted a “high-risk traffic stop” outside Tropicana when they believed McAllister was inside the car. Romero said the suspect was not inside the vehicle.

There will be extra patrols at Tropicana while UCPD investigates the attempted burglary, Romero said.

Romero and UCPD Chief Dustin Olson both said police have not confirmed that McAllister had a weapon.

UCPD sent a UCSB Alert about the attempted burglary at 4:39 a.m.

McAllister is a 6-foot-tall black male who weighs 185 lbs, has short black hair, a goatee and was last seen wearing a gray polo shirt, red pants and carrying a red hoodie, according to the alert.

UCPD is currently investigating the incident. Anyone with information can call 805-893-3446 or use their anonymous tip website.

Update, 2:43 p.m.: This story has been updated with McAllister’s current status on the football team.

SBCC! Bringin’ in the thugs!

Yup, and making IV less and less safe. When does the SBCC become part of the solution and not more of the problem? Keep them on your campus and deal with them instead of sticking your head in the sand SBCC.

Here’s the gig, as long as they can bring in the out of district, mainly out of state imports, they make a shitload of $$$ from out of state tuition. SBCC knows they got a good gig to line their pockets w/ & even if it means catering to the lowest common denominator: THUGS! Also, unlike UCSB, SBCC has ZERO disciplinary process to kick out problem children. If they DID have such a protocol, Elliot Rodger would’ve been expelled on academic probation, as he was flunking EVERY class he took & subsequently dropped or failed out of. But hey man,… Read more »

Every time an SBCC student commits a crime the first thing SBCC does is try to absolve itself from responsibility by saying they were not currently enrolled in classes or something. Come on SBCC, take responsibility for the students you bring into our community.

The residents and locals are the one’s that started this. So don’t blame the “imports”

Hmmm? Gotta think about that 1… Nope, inaccurate. The statistics say so, as well as the headlines every other week involving SBCC students running afoul of the law.