UC Santa Barbara is spending an estimated $20,000 to $30,000 on advertisements urging out-of-towners to stay away from Isla Vista during Halloween weekend. 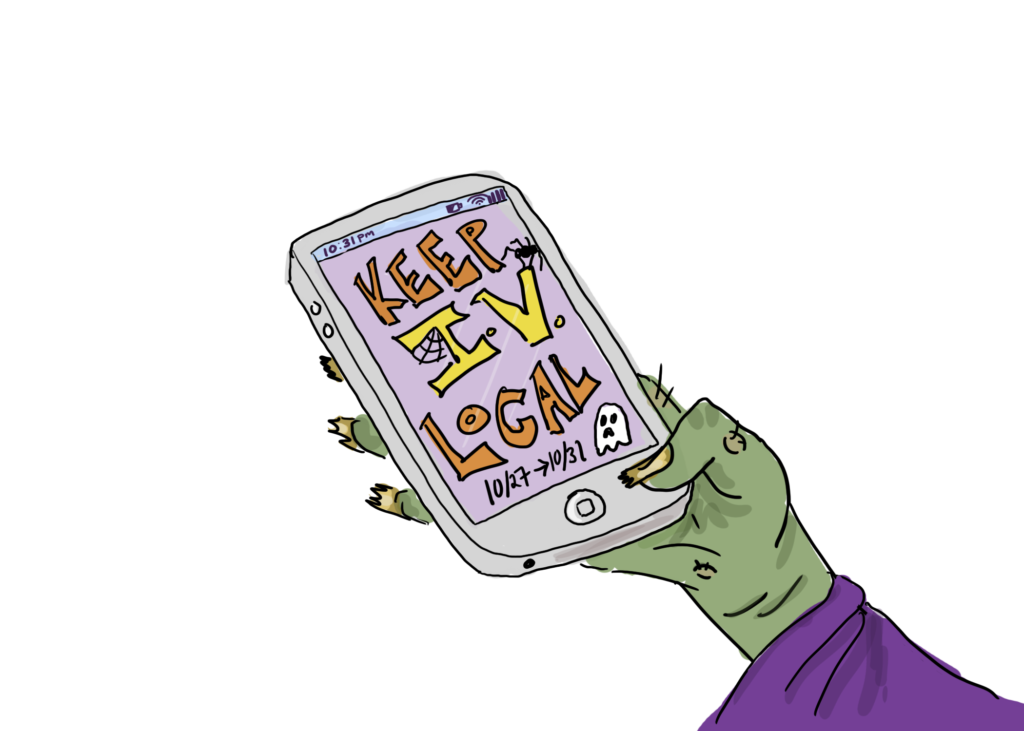 University spokesperson Andrea Estrada said the advertisements are funded through unrestricted gift funds, which are donations from alumni. The Nexus reported in February that the university spent $30,000 on advertisements for Halloween weekend last year.

The advertisements are one of the ways the university has tried to curb attendance during party weekends like Halloween and Deltopia.

Estrada said the campus-wide efforts build on the student-based “keep it local” initiative, a campaign that runs television and radio advertisements throughout the year.

Additionally, the Office of the Vice Chancellor for Student Affairs sends letters to college students throughout California that outline regulations that could impact students if they choose to attend Halloween in I.V.

The university also sends letters to local junior high and high schools urging students to not celebrate Halloween in I.V.

Katya Armistead, dean of student life, said the Office of Student Life met with representatives from Associated Students and UC Isla Vista in the beginning of Fall Quarter to share the content of the advertisements and receive feedback.

Batsheva Stoll, external vice president of local affairs, said she appreciates the university’s efforts to decrease attendance in I.V. during Halloween weekend but said the advertisements are an expensive option and can provoke misunderstanding.

“The ads themselves can give I.V. a bad rap by making it seem like a scary hostile place when it’s our home and our community,” Stoll said in an email.

According to Kelly Hoover, spokesperson for the Santa Barbara County Sheriff’s office (SBSO), the turnout for Halloween weekend has steadily decreased over the past three years.

The SBSO estimated that “several hundred” people were in I.V. for Halloween weekend last year, Hoover said, a significant decrease from the 13,000 partygoers that visited I.V. in 2013.

UCPD will also source officers from four other University of California campuses to assist in patrolling, including officers from San Diego, Riverside, Irvine and San Francisco.

Hoover said there will still be a strong law enforcement presence in I.V. this weekend, despite the decreased turnout in recent years. The SBSO does not release the number of officers assigned to an operation for safety reasons, Hoover said.

“We’ve been really pleased with what we’ve seen in the last couple of years, with students really having pride in their community and their school and wanting to keep Isla Vista safe,” Hoover said.

Batsheva Stoll, external vice president of local affairs: “The ads themselves can give I.V. a bad rap by making it seem like a scary hostile place when it’s our home and our community,” No, it’s not the ads, it’s the out of town element that shows up w/ a “rape, pillage & burn” mentality tyat have given IV a bad rap. It’s almost a case of “what came 1st, the chicken or the egg?” It’s clearly obvious, if you apply y = f(x) where y is the ads & x = OUT OF TOWN ASSHOLES. If it wasn’t for them,… Read more »