Currently, on a four-match losing streak, the No. 10 UCSB men’s water polo team will look to end its latest slump this Friday at home. The Gauchos will face UC Irvine for the third time this season.

The Anteaters and Gauchos split a pair of tournament games at one win apiece with UCSB capturing a 14-12 overtime triumph at the Triton Invitational while Irvine earned an 11-8 victory at the Mountain Pacific Invitational. Due to the two previous matchups occurring in tournament settings, Friday’s contest will be recorded as the first Golden Coast Conference (GCC) game.

Santa Barbara is last in the GCC with a 9-9 overall and 0-2 conference record. Contrarily, Irvine is second in the conference at 10-7, 1-1.

“Every game we just want to be as competitive as possible,” Head Coach Wolf Wigo said, “and that doesn’t change whether you win a few or lose a few.”

Despite going through similar rough patches, both UCSB and UCI are top 10 teams and have talented rosters and stats to back up those rankings.

UC Irvine’s Lovre Milos is third in the GCC in goals scored with 49 and first in assists with 33, making him the overall points leader for the conference with 82. Milos, a senior from Croatia, also ranks fourth in steals for the GCC with 32. 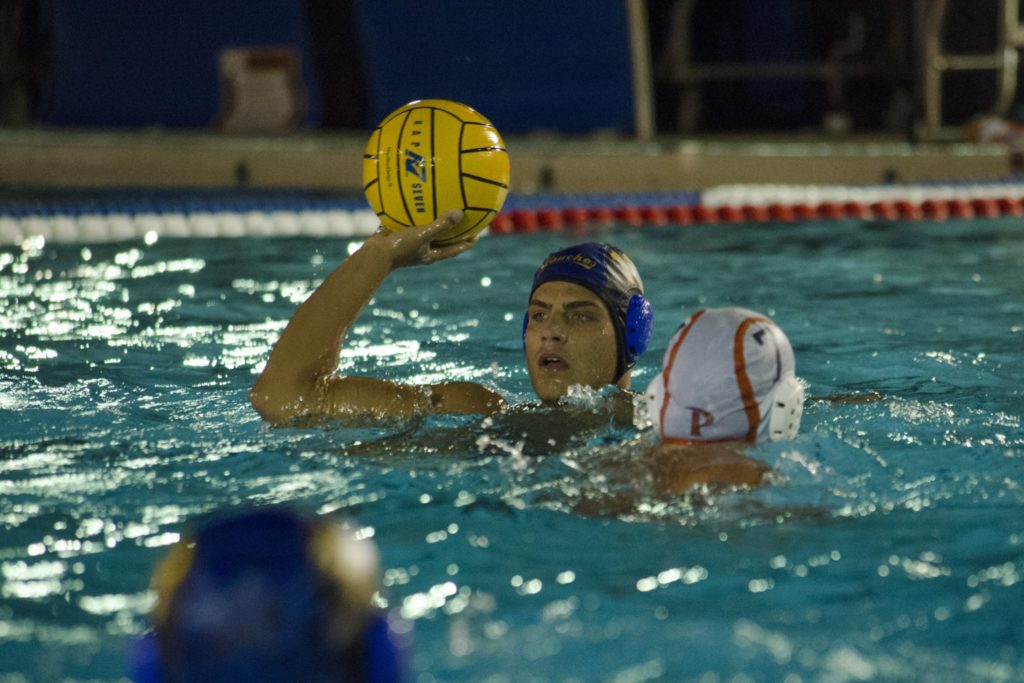 While the Gauchos don’t have any players in the top ten for the GCC in goals or points, senior Shane Hauschild is tied at tenth for assists at 14 and ninth in steals at 17. Sophomore Justyn Barrios is fourth in the GCC in saves with 100 on the season.

An interesting development for the Gauchos this season has been the absence of stars Ivan Gvozdanovic and Boris Jovanovic. The Serbian duo had accounted for over a quarter of UCSB’s points and roughly 27 percent of Santa Barbara’s goals (as of Oct. 9).

The absence couldn’t come at a worse time, either, as Santa Barbara had to face No. 1 USC and then go on the road for three more competitive games against some of the nation’s top programs. Although the absence of two of its best players provides some leeway for the team’s recent decline, it appears that if UCSB remains without Gvozdanovic and Jovanovic, it will have a rough end to the season. Friday’s game against the Anteaters should provide concrete insight regarding the expectations the team could potentially meet as things begin to conclude.

“It’s not fun when some of your best players aren’t playing,” Wigo said, “but it gives a chance for other players to rise up.”

Because the end of the season is near, the outcome of Friday’s game against the Anteaters will likely indicate the Gauchos’ fate this year. If Santa Barbara loses, the Gauchos will be 0-3 in the GCC and below .500 overall all while losing 5 games in a row. This isn’t an ideal situation for any team at the end of the season, especially a team whose two players accounting for a quarter of UCSB goals this year have been absent.

On the other hand, since the Gauchos have already beaten the Anteaters once this year, they’ll be able to use that experience to their advantage. If the Gauchos pull off the upset, they will at least snap their losing streak and be above .500 overall. This game might be a turning point for UCSB, as it could return home from a hard road trip and get a win going into the final games of the season with momentum.

The Gauchos will look to end their losing streak when they face off against UC Irvine on Friday, Oct. 27 at 3 p.m. at Campus Pool.