The Daily Nexus
Sports Blogs
Boston Business: Welcome to the Winner’s Circle
October 26, 2017 at 5:10 am by Kendra Jackson 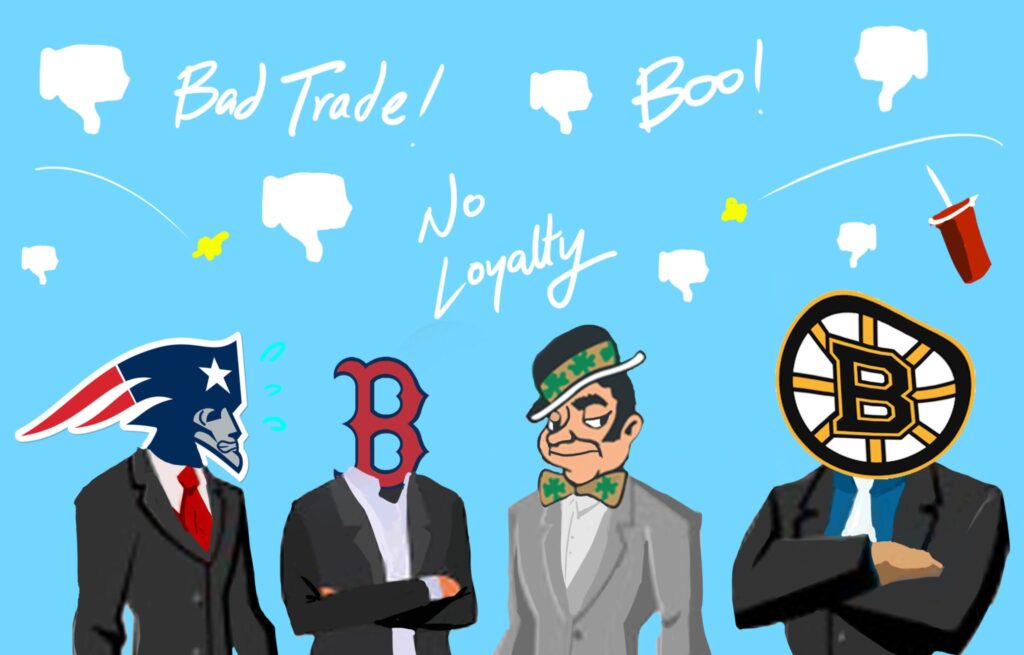 Albeit it entertaining and exciting, it is fairly easy to forget that professional sports is a business.

A successful bureaucracy with several moving parts, sports is an entity that provides the service of entertainment to those who listen and watch.

During the NBA offseason, the Boston Celtics traded beloved Isaiah Thomas to the Cleveland Cavaliers in a blockbuster move solely based on obtaining Kyrie Irving. As one could imagine, backlash and uproar ensued.

Thomas became a beacon in Boston, a beacon of hope that was absent after the “Big Three” of Paul Pierce, Kevin Garnett and Ray Allen each departed from Bean Town.

Thomas was looked upon as the one player that would put Boston back on the map. It was a challenge that he embraced.

His offensive prowess is not to be overlooked as he led the Celtics to the No. 1 seed in the Eastern Conference just last season. Not one soul in Boston could forget the tragic night Thomas’ sister passed away in a fatal car crash.

Just days after, Thomas played in Game 2 of the team’s Eastern Conference Semifinal matchup versus the Washington Wizards, on the day that would have been his sister’s 23rd birthday. Thomas went off for 53 points in what was a thriller of a 129-119 OT win for the Celtics.

So, with all of his undeniable guts and glory, why would Boston feel the need to trade Thomas?

The answer is simple: Boston business.

This concept of doing what it takes to win is nothing new for Boston, as it is the most storied sports city in the nation.

Irving is an offensive powerhouse with more length and the gift of time on his side. Younger, faster and NBA Finals experienced, it is clear that Irving is a much better player than Thomas.
Irving is a commanding player who could lead the Celtics and possibly give them the edge versus a Cleveland team who lost to the Golden State Warriors in the last season’s NBA Finals.

But has it been forgotten that just a few years back, when New England Patriots quarterback Drew Bledsoe went down against the New York Jets in 2001, a young Tom Brady took the starting quarterback position out from under him because of his superior play? In 2013, the Boston Bruins traded away a young Tyler Seguin, who was said to be the future of the team, for reasons never disclosed but was undoubtedly a move to make the team better.

Loyalty is not a plausible factor in the sports world, at least not when it comes to Boston.

Boston will do what it takes to win because that is the culture of the winningest city in the nation.

Boston knows nothing other than winning, and this is nothing new. It’s easy to question the aspect of loyalty when you are faced with the unknown.

When Brady took over for Bledsoe in 2001, nobody knew that he would later be considered the greatest of all time.

There were still some who wanted Bledsoe back in his starting role when he came back healthy. Instead, once Head Coach Bill Belichick committed to Brady as his starter, he did what some thought to be a vicious move — he traded Bledsoe and did so within his own AFC East division to the Buffalo Bills.

This move wasn’t made out of malicious intent; rather, it was made to make the Patriots team even better as they acquired the Bills’ first round pick in 2003 in exchange for Bledsoe.

The same can be said with the Celtics. Though the trade of Thomas looms over as a cloud of uncertainty, in addition to having to deal with the loss of Gordon Hayward for the season, the fact remains that Danny Ainge and the front office believe the Thomas-Irving move will make the team better.

Boston is a city of champions, and no sense of loyalty to a player will keep that mentality alive, but keeping the business-savvy outlook of winning will. Being willing to do whatever it takes to keep the team successful, no matter how controversial, is one of the many qualities that separates Boston from the rest.