The Daily Nexus
News
Rapist Sentenced to 36 Years in Prison After Brutally Attacking Woman on UCSB Campus in 2014
October 20, 2017 at 6:11 pm by Supriya Yelimeli 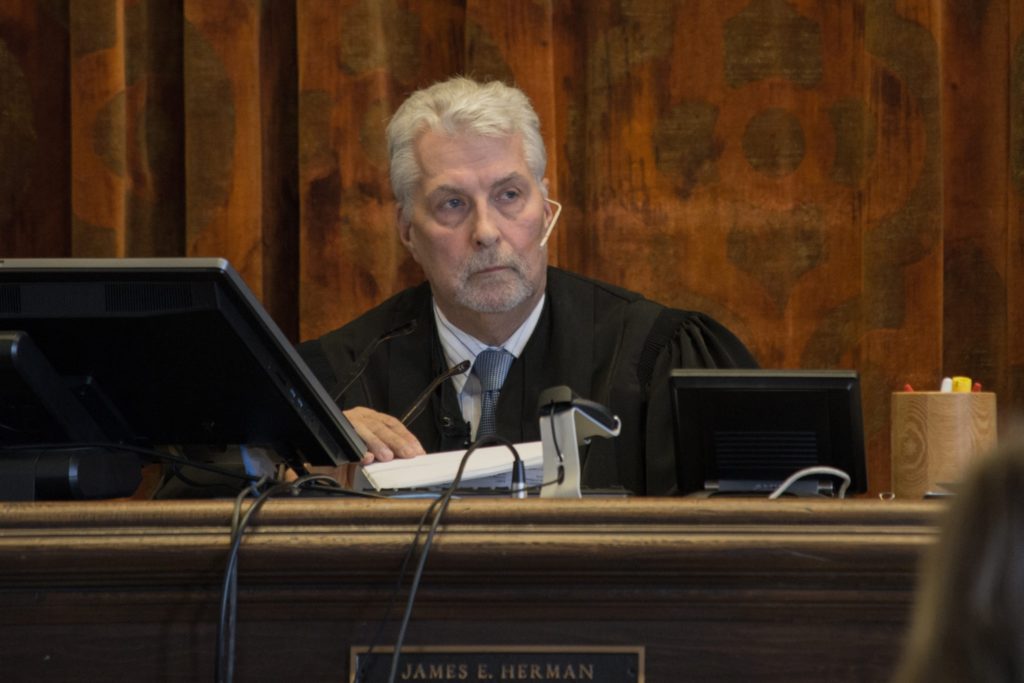 Several witnesses, including the nurse who administered Jane Doe’s rape kit, described the attack as the worst they had ever seen. Judge James E. Herman, who graduated from UCSB in 1971, said this particular case “exhausts superlatives.” Jose Ochoa / Daily Nexus

Surrounded by friends and family in the Santa Barbara Superior Court on Friday, a young woman delivered a harrowing account of being raped and attacked on the UC Santa Barbara campus three years ago.

The woman, referred to as Jane Doe in court proceedings, spoke at a final hearing to sentence Daniel Jiang Chen to 36 years in prison for two felony counts of rape and one felony count of robbery.

The rape occurred shortly after midnight on Feb. 23, 2014, next to the Pauley Track at UCSB.

Chen’s DNA from an unrelated arrest in northern California matched DNA evidence from the campus rape two years after the attack. Chen was arrested by UCSB police officers and he has been in custody since Feb. 10, 2016.

On Friday, Doe took the microphone before a crowded audience to read her victim impact statement to Chen, his defense attorneys, the prosecution and Judge James E. Herman.

“Trauma is funny,” she said, describing her recollection of the night as post-its scattered across a messy desk. “Those bits and pieces are real, and they are accurate.”

She described the feeling of being beaten, slipping in and out of consciousness as she pleaded with herself to hang on for one minute, then one minute more until Chen stopped raping her.

When she first saw her face in the mirror after the attack, Doe said, “I was unrecognizable, even to myself. I thought he had taken my face from me, and I tried to wash it off.”

Three months after the attack, Doe was once again attending UCSB when Isla Vista experienced the mass shooting of May 23, 2014. She said she fell into a deep depression, but her close friends and familiar environment provided a safety net.

Doe narrated anxiety attacks, panic attacks and the numerous mental scars that she and her family sustained. She thanked police officers, nurses and everyone who supported her in the rape’s aftermath, and she invited other survivors to celebrate Friday’s decision as a small victory.

“As crappy as that might have been, and as crappy as it might feel now, I have far too much to live for to waste my time being Daniel Chen’s victim,” she said.

Chen kept his back to Doe during her statement, and did not turn to face the audience for the entirety of the court proceeding.

“I just want you to know that I am truly sorry … I want the best for you,” Chen said, looking down at the table while addressing Doe, her family and everyone affected by the crime. “Sorry for all the hurt and pain I caused. Please have mercy and forgive me and have compassion.” 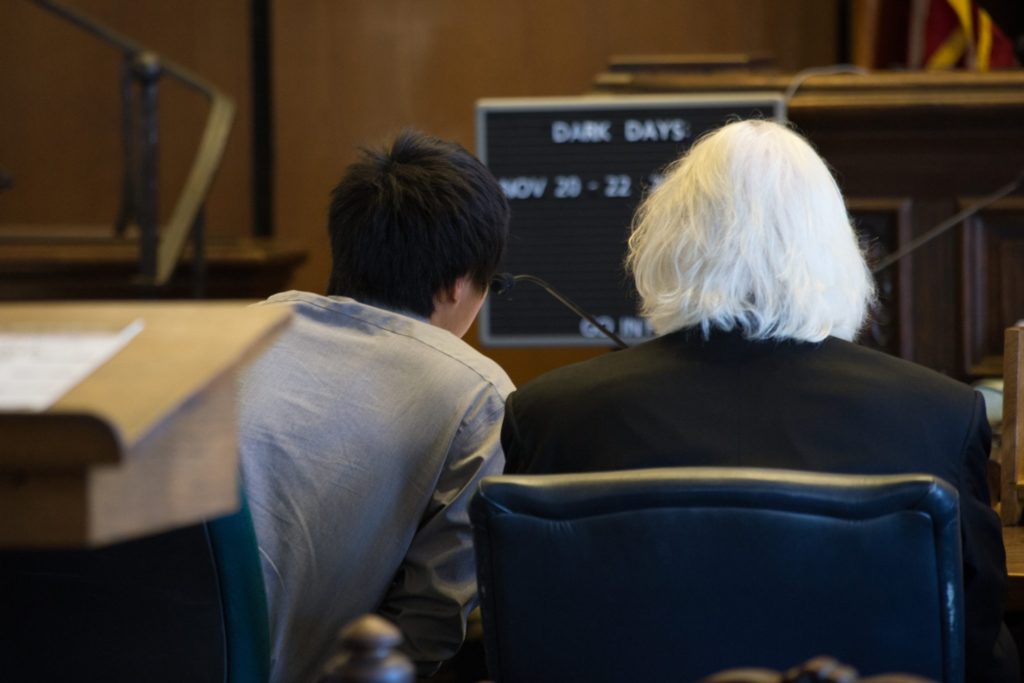 Chen kept his back to Doe during her statement, and did not turn to face the audience for the entirety of the court proceeding. “I just want you to know that I am truly sorry … Sorry for all the hurt and pain I caused. Please have mercy and forgive me and have compassion,” he said. Jose Ochoa / Daily Nexus

Several witnesses, including the nurse who administered Doe’s rape kit, described the attack as the worst they had ever seen. Judge Herman, who graduated from UCSB in 1971, said this particular case “exhausts superlatives.”

“While my mind has wrapped around this, my heart has not, and my heart goes out to you,” Herman said to Doe. “I came to that campus myself many years ago — this event stunned our community.”

Her father and mother both presented Judge Herman with witness statements to recount the permanent physical and emotional trauma that Doe withstood following the attack.

“This had a terrible toll on her young life. This was beyond typical,” Doe’s father said, describing the attack as “exceptionally violent and sadistic in nature.”

He believed the sentence was appropriate, but said he saw “nothing outward to explain where or how [Chen’s] brutality came from.”

“He has wasted his life,” he said, looking at Chen from behind.

“We brought home a very sick and damaged 19-year-old,” Doe’s mother said. “Since then, she’s fought back like a champ.”

Herman described the “horrible, painful ripples” that Chen’s attack spread throughout Doe’s family, friends and UCSB campus. He said it was “unexplainable, but still horrible” that Chen, who once sat alongside women as a UCSB student, committed this crime.

It’s not with any joy that I send you to prison,” Herman told Chen. “It’s a horrible, degrading place.” 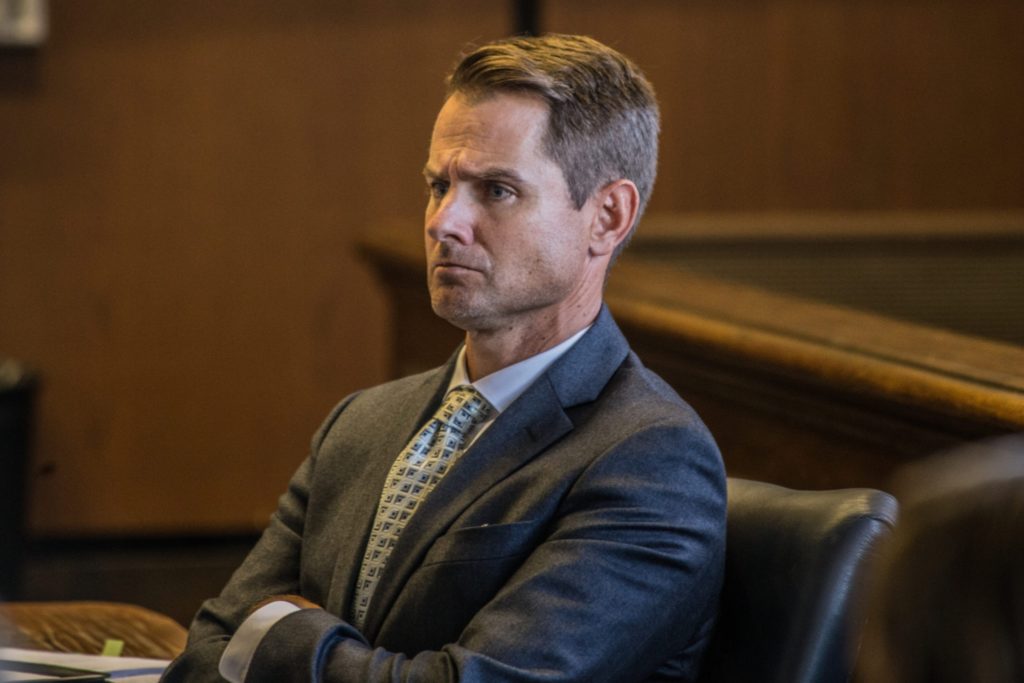 On Friday, Jane Doe took the microphone before a crowded audience to read her victim impact statement to Chen, his defense attorneys, the prosecution and Judge James E. Herman. Jose Ochoa / Daily Nexus

Ladinig listened emotionally as Doe and her parents delivered their statements, saying earlier that “the greatest hero of all in this case is the survivor.”

“The first time I opened up and watched the assault video of her, I sobbed uncontrollably,” he said, referring to the rape kit video evidence. ”I’ve been doing this for a long time and I’ve never seen anything like what I saw.”

Chen faced a potential life sentence due to the nature of his crimes, but his defense attorney’s contacted Ladinig’s office to negotiate a plea bargain. They settled upon a 36-year sentence after lengthy discussions with Doe and her family, Ladinig said.

“If he serves his full sentence, he’ll be in his fifties by the time he gets out,” he said. “Sex offenders traditionally serve a very difficult prison sentence.

Due to the nature of his crimes, Chen will face 15 years of parole after his release from prison. He will also have to pay approximately $25,000 for fines, the California Victim Compensation Board and a restitution amount that is to be determined. 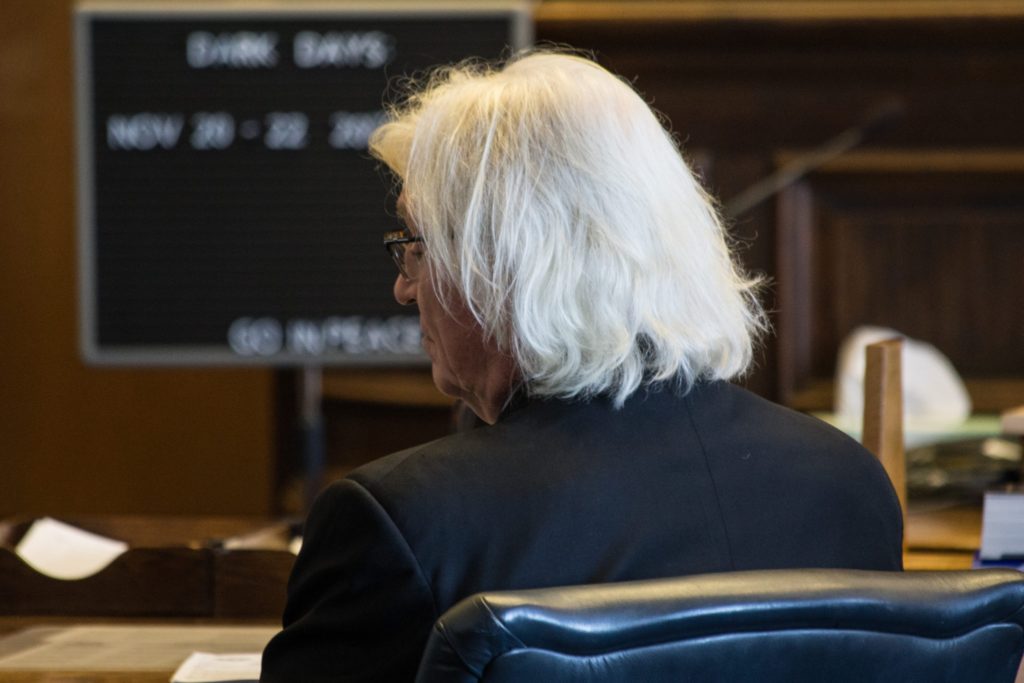 Chen faced a potential life sentence, but his defense attorney Thomas Mesereau (pictured above) contacted the DA’s office to negotiate a plea bargain. They settled upon a 36-year sentence after lengthy discussions with Doe and her family. Jose Ochoa / Daily Nexus

Chen’s lawyer, Thomas Mesereau, did not want to make a statement after the sentencing hearing.

Police are still investigating the possibility that two other perpetrators may have been involved in the assault, but Ladinig said the District Attorney’s office is “fairly certain” that Chen was the sole rapist due to DNA evidence.

Asked about the length of the case proceedings, Dudley said it was lengthy, but she is pleased that DNA evidence led to an arrest.

“When you find someone like this, you can at least turn to the victim and say ‘This will never happen to anybody else again,’” Dudley said, “I’m glad it’s over.”

Even if you hire a defense lawyer who worked with Michael Jackson and Bill Cosby, still cannot save your ass, scumbag.

Hi Daniel, and congratulations on your acceptance to our prestigious institution! Here at Buttfuck Penitentiary, we do our best to accommodate fine gentlemen such as yourself with our world renowned services. Our program includes complementary bedding, 3 simple meals a day, and shower privileges for each of our valued members, along with a few hundred square feet that you’ll get to know really well over the next 36 years! We hope that you enjoy your stay, Valued Guest, as you are accompanied & surrounded by hundreds of men just like you whose interests in activities as diverse as killing, maiming,… Read more »

Wow. I still can’t believe I called him my friend at one point, let him sleep at my place during several ocassions. I still remember the night I met Jane Doe the night of the horrible incident. She is the strongest, most compassionate and nicest human I have ever met I know she will never let this horrible incident hold her back from living her wonderful life. I wish nothing but the worst to Daniel Chen.