The Isla Vista Recreation & Park District directed staff to move forward with a project that will bring recycled water to I.V. parks at a meeting last Thursday. 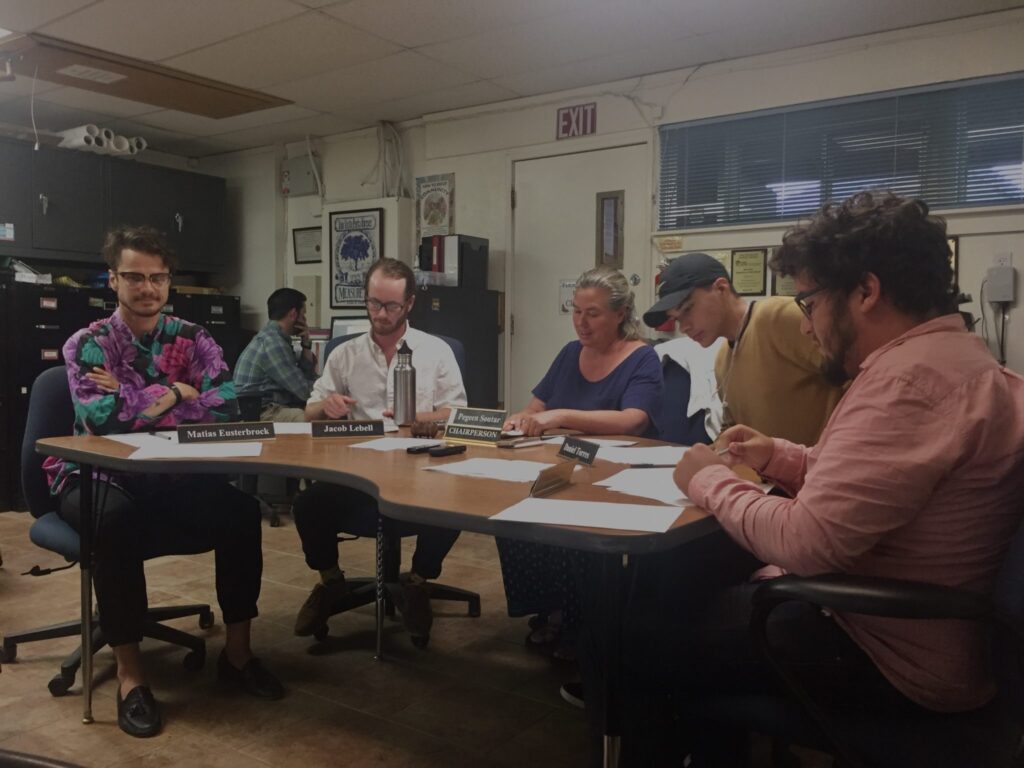 All five board members voted in favor of installing recycled water, saying it was the “regionally responsible” action to take and that the decision made sense when it came to sustainability.

Recycled water is wastewater filtered multiple times to the point of being reusable. Most recycled water is non-potable, or unsafe for drinking. Non-potable water is used primarily for irrigation of plants not intended for consumption.

The project will install “purple pipes,” a type of pipe that carries recycled water in an environmentally-conscious way. The project will stretch from Embarcadero Del Norte south to People’s Park, Perfect Park, Little Acorn Park and the nearby areas.

Matias Eusterbrock, the newly appointed IVRPD director, made the motion to authorize staff to work on the project at the meeting.

Eusterbrock, a fourth-year sociology and economics double major, told the Nexus last Thursday that one of his goals as a director would be to install the infrastructure needed to provide recycled water.

The recycled water project is a step toward fulfilling the promises IVRPD board members made when campaigning for “yes” on Measure O.

According to its budget, the IVRPD estimates it will receive $256,358 in tax revenue because the measure passed in May.

The parks district said earlier this year it would use the funds to address a “backlog of deferred maintenance” in its parks as well as bring reclaimed water to I.V.

“Every single one of us has knocked on the door and said this is a thing we’ve wanted to do,” IVRPD Director Carlos López said.

According to IVRPD’s Oct. 12 agenda, the parks district asked the Goleta Water District if it would be interested in entering an agreement to provide stable water rates if the district chose to install purple pipes in the park.

The water district said in an attachment to last week’s meeting agenda that the rates are determined by studies and that any agreement must comply with the current water rate, though reclaimed water cannot be charged at a higher rate than the cost for providing it.

IVRPD General Manager Rodney Gould said investing in this type of water comes with risks because the rates could change at any moment or the water district could choose to stop offering recycled water.

He reassured board members that the idea was likely “safe enough, but that there is no guarantee the rates will not change or that water will continue to be offered. Board members agreed and authorized the decision through a unanimous vote.

At their meeting, the IVRPD also moved forward with a number of park improvement projects, including a new irrigation project for Sueno Park’s orchards and installing power to People’s Park to host bands and festivals.

According to the board’s agenda, the project to bring irrigation to Sueno Park will cost approximately $5,700. Diane Dodds, a UC Santa Barbara alumnus, donated $2,000 to the project’s completion.

The board also approved the I.V. Community Services District (CSD) to use their parks to host the newly-expanded Community Service Escort program. The service district’s board of directors voted to expand the program to increase safety in I.V. in September.

The CSD will work with CSOs by setting up tents near highly-frequented areas on weekends so community service officers may provide escorts to anybody who requests service.

The IVRPD board of directors meets every second Thursday of the month from 6 to 8 p.m. in the IVRPD building next to the I.V. Food Cooperative.

Correction: This article previously said the IVRPD would install potable water. The water is non-potable.